Cuccinelli warns board of possible lawsuits over abortion vote 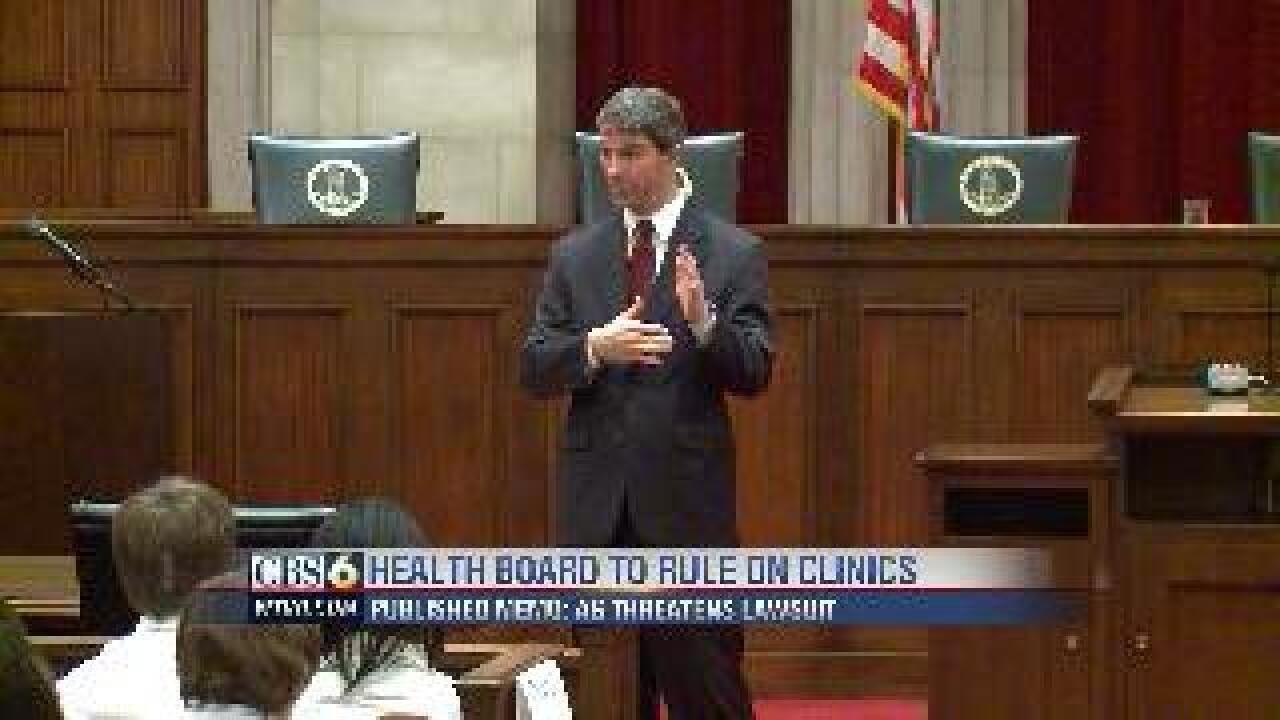 RICHMOND, Va (WTVR) -- The Virginia Board of Health is expected to make a decision tomorrow on new regulations for facilities that perform abortions.

The Virginia Pilot published a memo sent to the board by Virginia Attorney General Ken Cuccinelli warns board members of possible lawsuits--from outsiders and the potential denial of state-funded legal counsel if they disregarded his advice surrounding the regulations.

In June, after nine hours of debate and two votes by the Board of Health, board members voted 6-5 to do away with a provision that would have required new and existing abortion-performing clinics to meet the same strict building codes as new hospitals.

Cuccinelli said the board went beyond its authority when it removed the stringent building standards. However there are individuals and groups, including the American Civil Liberties Union (ACLU), who said Cuccinelli is trying to strong-arm the Board of Health in order to "advance his own agenda."

"The Attorney General is attempting to use the Board of Health as a rubber stamp for his political ideology," said ACLU representative Kathy Greenier.  "The Board of Health is fully within their authority to allow for the grandfathering of existing health centers and that is the outcome we expect to see again."

Earlier this week, the ACLU also sent a letter to the Board of Health encouraging the board to change the location of its meeting -- saying it's not big enough.  In June there was limited space for the hundreds of people who turned out to voice their concern.

We are still awaiting a response from Attorney General Ken Cuccinelli and from the Family Foundation.

Stay with WTVR.com for more details on this story.