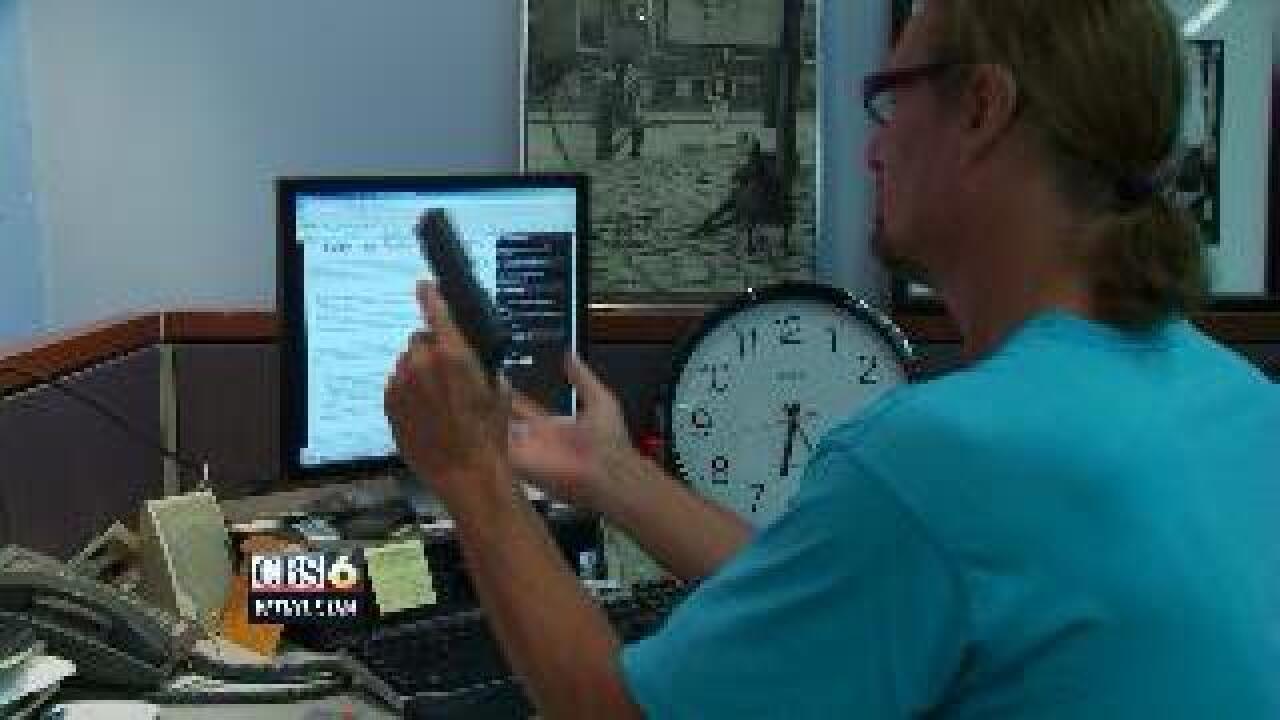 RICHMOND, Va. (WTVR)--This afternoon, in just a little over 20 minutes --and a few cents under $40 - I received the instruction and passed a 20-question, true-false test that enabled me to get a Virginia concealed-carry permit.

There are several firms that do this instruction online and issue certifications that you can take to your local courthouse to get your permit.

This will allow me – if I wish - to carry a handgun, concealed, in the Old Dominion and the other states in the union with reciprocity, which is most of them.

Historically, conceal-carry classes take hours and include hands-on classroom instruction and then training and testing on the firing line. Even strong gun-rights states like Texas take this training very seriously.

Which is why many out-of-staters are taking advantage of Virginia’s quickie, hands-off online classes.

I was in Alabama this past weekend, and a friend there told me was going to get the Virginia permit because it was so much easier. I thought he  was kidding.

Then I see the news that the Virginia State Police have reported they’ve issued more than 1,600 of these permits to nonresidents in just the first half of this year. That’s 300 more than they issued during all of last year.

I googled “online concealed carry” and clicked on one of several sites for Virginia.

It took me 20 minutes to skim the very basic instruction about different types of handguns, how they work, how to disassemble them, hold, aim, shoot and store them safely.

Most of the 20 true-false questions were ridiculously easy, including (and I’m paraphrasing):

Of course, I got all the answers right, which is pretty much guaranteed by the folks who run these sites.

I printed out my official-looking certificate for my “successful completion of the Firearm Safety Course. ” It did note that “This is not an NRA approved class” but it was signed by an “NRA Certified Instructor” (all that’s required in the law) and included his NRA instructor ID number.

Gun control supporters say these quickie online classes make a mockery out of the intent of the concealed carry law – to make sure those who are carrying handguns in public have some semblance of training.

And a fair number of firearms enthusiasts agree with them.

But some gun rights supporters say the more permit holders there are, the safer we all are. Besides, some of them argue, gun owners should be able to pack their pistols without any permit, like they can in Vermont, which has the 49th lowest crime rate in the nation.

Of course, we wouldn’t let someone get a driver’s license through a quickie online testing service, would we?

But Vermont style conceal-carry supporters argue driving is a privilege while gun ownership is a Constitutional right.

Anyone who has followed my journalistic career should know that I am a firm believer in the Second Amendment to the Constitution; that a well-armed and well-trained populace is not only our best protection against outside invaders, but also from threats among us.

And, as the old saying goes, where the people fear the government you have tyranny and where the government fears the people you have liberty.  Thomas Jefferson said, “The strongest reason for the people to retain the right to keep and bear arms is, as a last resort, to protect themselves against tyranny in government.”

That said, I am also a firm believer in firearms safety.

And while these online safety courses surely pass Constitutional muster, they certainly fail when it comes promoting firearms safety.

I’ve spent a good bit of my career in some of the roughest neighborhoods in the Richmond area, but I’ve never carried a gun. I just didn’t think I had the skills or the time for the consistent and deliberate practice that it takes to be able to produce a pistol and use it accurately and safely in a crisis situation.

I totally respect those who do.

But you just can’t get that online, in an hour or less.