Ragged remains of Isaac are back over the Gulf of Mexico 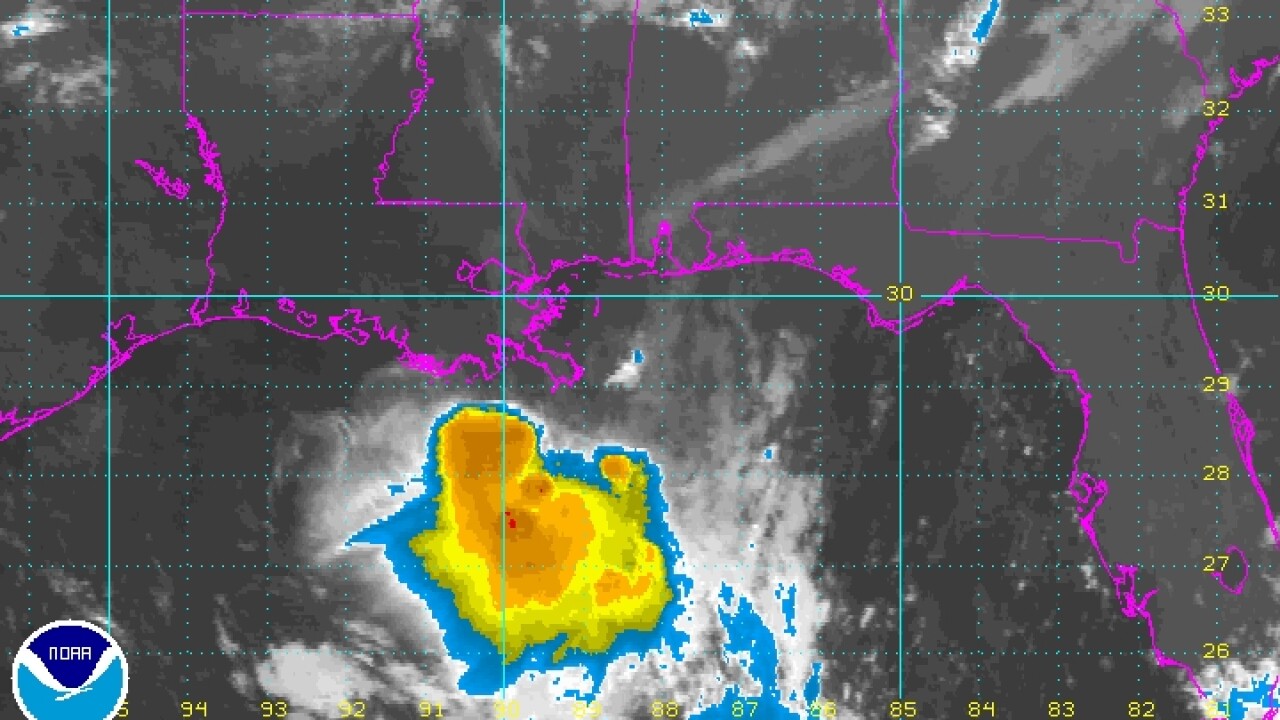 RICHMOND, Va. (WTVR) – The low pressure center that is composed of part of the ragged remains of Hurricane Isaac is now back over the Gulf of Mexico Thursday. Isaac split into two separate low pressure systems inland over the past week since making landfall in southeast Louisiana.

The National Hurricane Center (NHC) says, though, that if this low pressure system over the Gulf organizes and intensifies into a tropical system, it will not be renamed “Isaac.” Why? Well, I’ll let the NHC explain their rules…

“OK, now everybody get your lawyer and grammar hats on. The National Weather Service rule that applies here reads: ‘if the remnant of a tropical cyclone redevelops into a tropical cyclone, it is assigned its original number or name.’

Notice the rule says ‘the’ remnant, and not ‘a’ remnant. This means that the storm’s primary remnant (and not just any old part of it) has to re-develop in order for the name to be retained. Since the primary remnant of Isaac was still in Kentucky when the new low formed and broke away, the rule dictates that the new low is not entitled to the name Isaac.

This rule actually makes a lot of sense. If a storm died and each of two parts re-developed, we couldn’t give the same name to both parts. Only the primary remnant would retain the name, while a lesser remnant or part would get a new name.”

So basically a piece of a past-tropical cyclone by any other name is still…a storm. The next name on our Atlantic Basin list is Nadine. As of Thursday morning, the NHC puts the chances of Nadine forming at 50% along the northeast Gulf Coast. An Air Force Reserve Reconnaissance Aircraft is scheduled to investigate this disturbance Thursday afternoon if it still appears necessary later today.