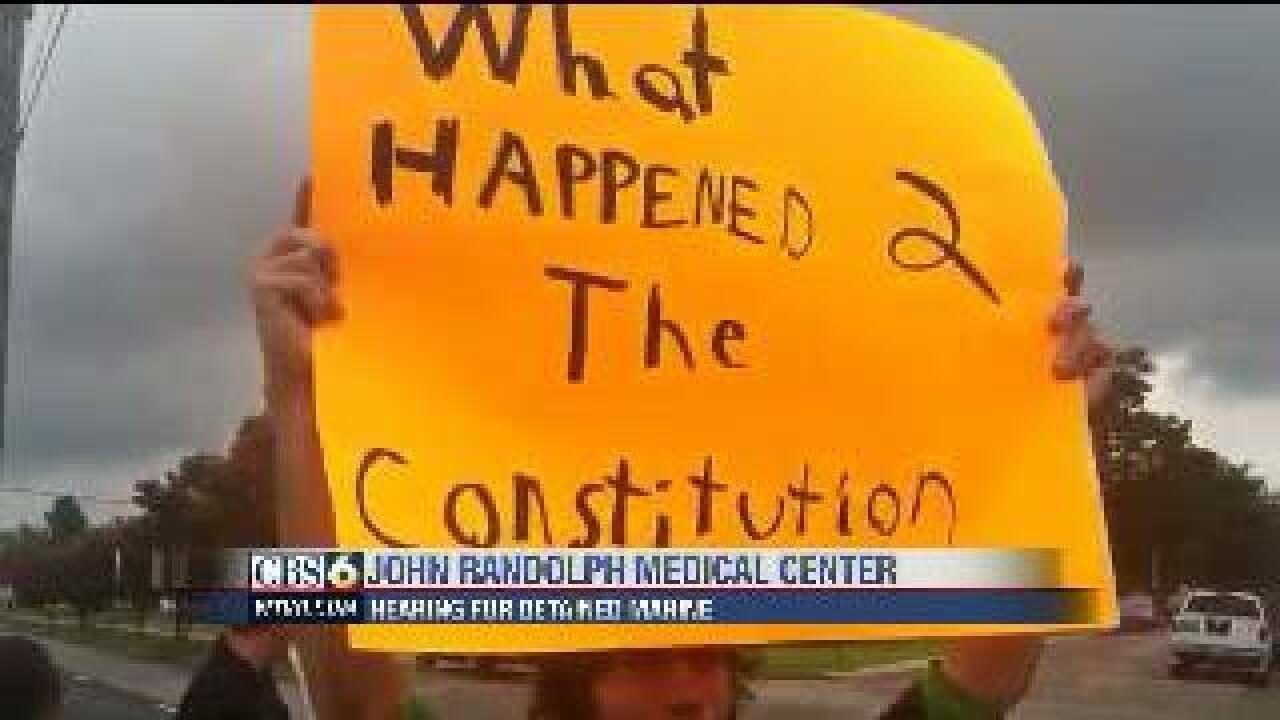 CBS 6 News' Catie Beck confirmed with attorneys from the Rutherford Institute, who represented 26-year-old Brandon Raub during a Monday morning hearing, that he will remain in custody.

Two family members were also allowed to attend the hearing, but directed Beck to the lawyers, who said they were preparing a statement.

Dupuis said Chesterfield officers thought Raub needed further evaluation after they talked with him. Crisis workers advised cops to bring Raub in for an evaluation.

Police said Raub, who was placed in handcuffs after resisting officers’ attempts to take him into custody,  was taken for an evaluation in accordance with Virginia State Code § 37.2-808 Emergency custody. [BONUS: Read Chesterfield police's complete statement on Raub]

Protestors said they are upset because Raub was was led away from his house in handcuffs around 7:30 p.m. Thursday without ever being charged – and they feel that is a violation of his First Amendment rights. [RELATED: Chesterfield man, Marine veteran, detained over Facebook posts]

A former Marine who served two tours in Afghanistan with Raub told Beck that he is a courageous and patriotic young man with showed no signs of posttraumatic stress disorder. Additionally, the man said he believes a mental evaluation would find Raub sane -- and not someone who is capable of a terroristic threat.

Video of Raub's detention, posted Friday afternoon, has amassed almost 107,000 views on YouTube as of 12:30 p.m. Monday. The video has enlisted video responses as well. A Facebook group has been started in support of Brandon Raub, and currently has over 3,000 members.

Neither the FBI or the U.S. Secret Service have placed charges against Raub, according the spokespersons with each agency

The FBI does confirm that agents went to the house of the former Marine to talk with him about his Facebook postings. The postings talk about a revolution and that the government was responsible for 9/11.

CBS 6 has been working this story since Friday night. Watch CBS 6 News starting at 5 p.m. and check back with WTVR.com for the latest updates from Catie Beck. 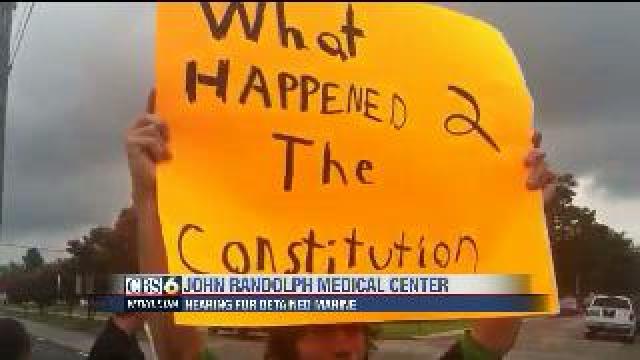