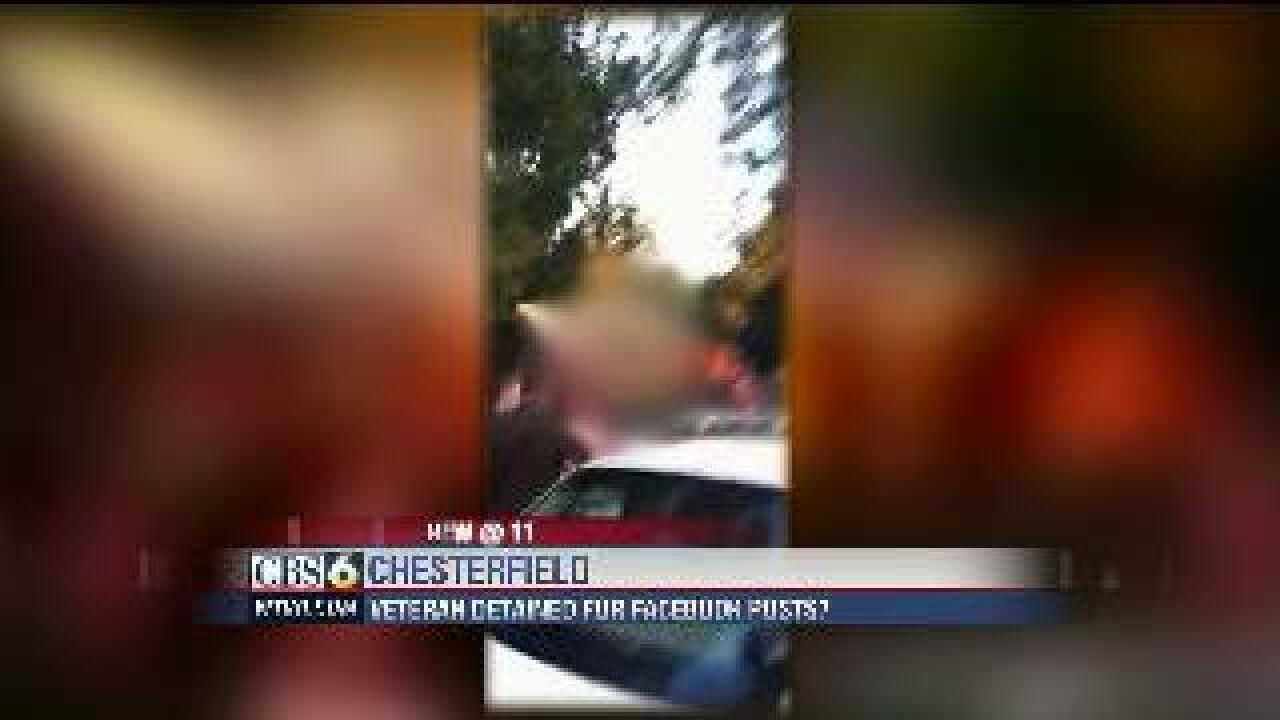 CHESTERFIELD COUNTY, Va. (WTVR) – A Chesterfield County man, and Marine veteran, was taken away in handcuffs without charges, and is being held for medical evaluation after questionable Facebook posts.

Brandon Raub, 26, was led away from his house in handcuffs around 7:30 p.m. Thursday night, according the video shot and uploaded to YouTube.

That video and information was sent to several CBS 6 News staffers and to the station’s main Facebook page late Friday afternoon.

The video, posted Friday afternoon, has amassed almost 67,000 views on YouTube as of 5:00 p.m. Sunday. The video has enlisted video responses as well. A Facebook group has been started in support of Brandon Raub, and currently has over 3,000 members.

The man was taken away from the scene by Chesterfield Police, but multiple supervisors with the department say that the police have not placed any charges on him and that they were just the transporting agency in this case.

Neither the FBI or the U.S. Secret Service have placed charges against the man, according the spokespersons with each agency

The FBI does confirm that agents went to the house of the former Marine to talk with him about his Facebook postings.

The postings talk about a revolution and that the government was responsible for 9/11.

Now CBS 6 has learned that the Rutherford Institute is looking into the man’s case and is trying to have someone attend a hearing scheduled for 10:00 a.m Monday morning.  The man is currently at John Randolph Medical Center.

CBS 6 has been working this story since Friday night and will bring you the latest development as they become available. Catie Beck is following this developing story.