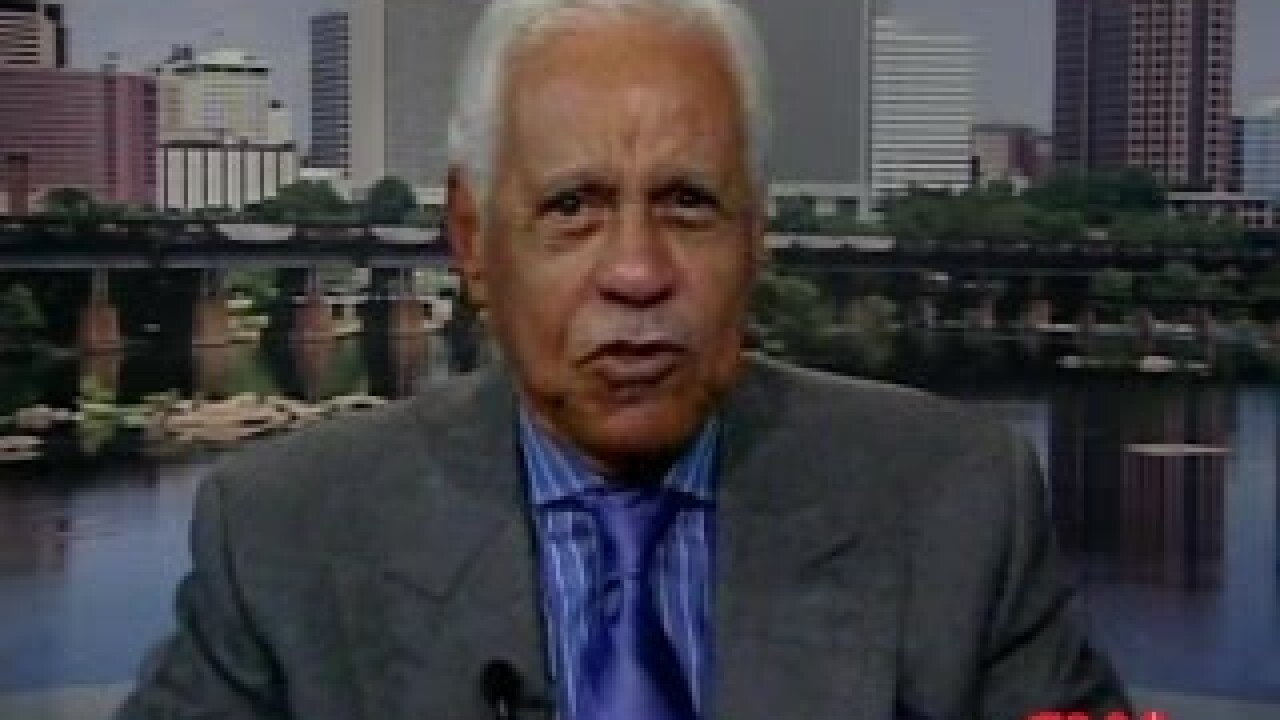 (CNN) — Joe Biden was the subject of harsh scrutiny Wednesday as a prominent former Democratic governor joined some big name Republicans in blasting the vice president for a controversial remark made at a recent campaign stop.

Biden suggested Tuesday that Mitt Romney’s policies would “put y’all back in chains” when speaking about Romney’s plan for Wall Street reform at an event in Danville, Virginia.

"First of all, without question they were appeals to race," Wilder said. "The important thing I got out of this was Biden separated himself from what he accused the people of doing. As a matter of fact, what he said is they are going to do something to y'all, not to me. Not us. So he was still involved with that separate American."

"As far as I am concerned, the President would not associate himself with those remarks," he said. "And I expect as the days go forward there will be more clarity associated with what the president feels about what Joe Biden said."

He also repeated an assertion he's made previously that Secretary of State Hillary Clinton should have been swapped in as President Obama's vice president. Wilder first made the suggestion in a 2010 op-ed published by Politico.

"As a matter of fact, over eight or nine months ago that it would have been in the president's bets interest to pick Hillary because-and I'll go even further," Wilder said. "If Hillary were on that ticket today based on the job she's done as secretary of state, I think that would be a clearer advantage the president would be seeing."

Wilder added, however, "It's not going to happen. It's too late. I think she'll be getting herself together for 2016. But that doesn't help the president today. What the president need to do it disassociate himself from trying to show anybody that division is what this administration is about as some may have said, 'cool it,' 'back up."

Biden has since clarified his remark suggesting his comments were in reference to Republican language used in talking about newly minted Republican vice presidential candidate Paul Ryan's budget proposal. Biden called the effects of his opponents' economic policies "outrageous."

Not surprisingly, Republicans are expressing sentiments similar to Wilder's.

Arizona Sen. John McCain said Wednesday on Fox News that "it might be wise" for President Obama to swap out Biden for another vice presidential candidate but that it would not happen "for a whole variety of reasons including the fact that I'm not sure if I were Hillary Clinton I would want to be on that team."

Sarah Palin mirrored those remarks on Tuesday in an interview also on Fox advising Obama to replace Biden.

Artur Davis, a four-term Democratic congressman from Alabama and former Obama campaign co-chair turned GOP surrogate, offered possibly the harshest criticism of Biden's remarks yet saying the vice president went to a place he "never should have gone" in his remarks and called the president's words insulting.

Then-Senator Clinton campaigned on the Democratic ticket in 2008 against President Obama. Following her failed White House run, Clinton was speculated to be a potential vice presidential pick for the Illinois senator.

Obama, however, chose Biden, then-senator from Delaware, to be his running mate at a campaign event in Springfield, Illinois in late August of 2008 telling supporters that he is "a leader who is ready to step in and be president."

Obama's deputy campaign manager Stephanie Cutter attempted Tuesday to dispel the controversy around Biden's statement, comparing his words to Republicans who have called for the "unshackling" of the private sector from regulations in recent months.

"Since then, the Vice President has often used a similar metaphor to describe the need to 'unshackle' the middle class," Cutter said in a statement. "Today's comments were a derivative of those remarks, describing the devastating impact letting Wall Street write its own rules again would have on middle class families."

Cutter added that they "find the Romney campaign's outrage over the Vice President's comments today hypocritical, particularly in light of their own candidate's stump speech questioning the President's patriotism."