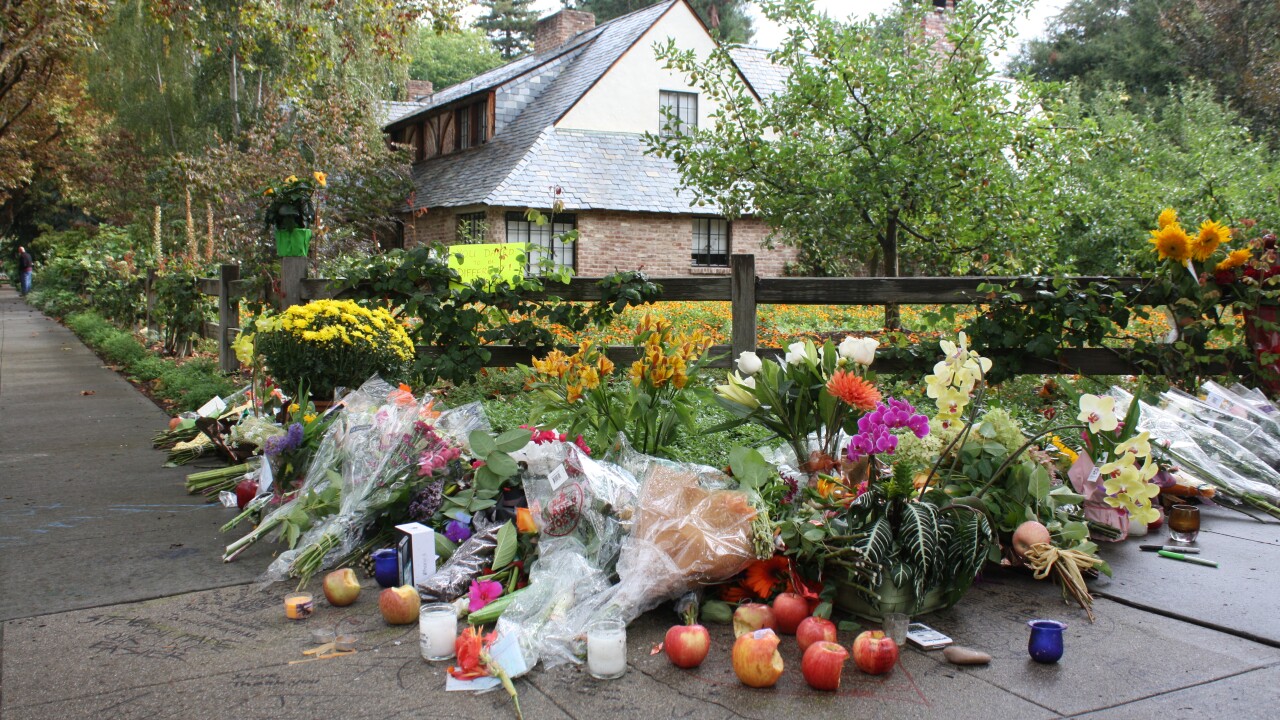 In front of Steve Jobs’ home in Palo Alto, California, after people left iPod’s, flowers, and apples following the co-founder of Apple’s 2011 death.

In front of Steve Jobs’ home in Palo Alto, California, after people left iPod’s, flowers, and apples following the co-founder of Apple’s 2011 death.

(CNN) — More than $60,000 worth of computers and personal items have been stolen from the Palo Alto, California, home of the late Apple co-founder Steve Jobs.

The break-in occurred July 17, although details of the burglary and McFarlin’s August 2 arrest are now just becoming public. The house was being renovated last month, and nobody was home at the time, Tsui said.

Tsui declined to say whether the computers and other items belonged to Jobs or another family member. The prosecutor said McFarlin was likely unaware of the home’s significance.

“It appears to be a random deal,” he told CNN. “We don’t have anything to show that (Jobs’ family) was targeted.”

Police tracked McFarlin down through the use of the stolen computer equipment, Tsui said. He declined to provide more specifics.

Jobs, the longtime Apple CEO, died in October at age 56 after a long bout with cancer. He shared the two-story, red-brick Palo Alto home with his wife, Laurene Powell, and their three children.