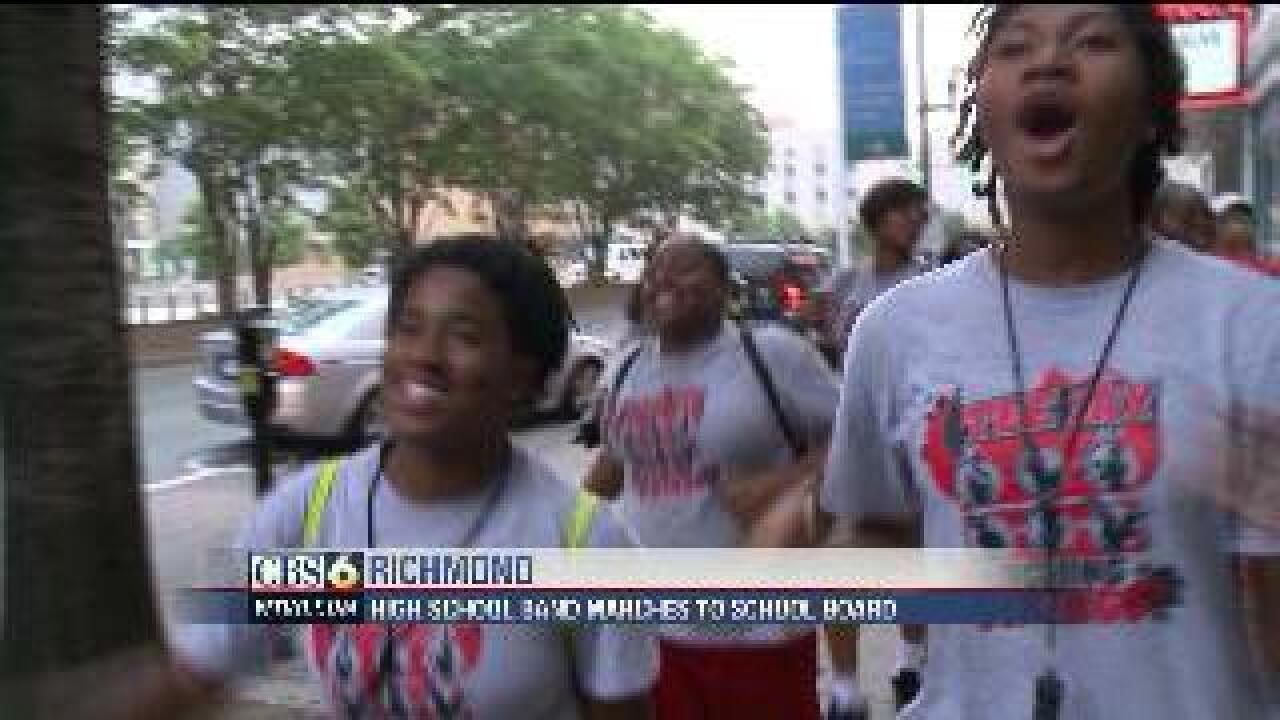 The school's former band director, Fayesha Cousins, recently left Thomas Jefferson to accepted a similar position at Virginia Union University. She had still been serving at Thomas Jefferson on a volunteer basis, but that ended last Thursday.

Without a band director, the students were not allowed to practice.

"Well, we don't have a band director, so we're kind of just basically lost. And we're just trying to find our way back," said student Daija McCoy-Scott.

“We're a loving family! And we would like somebody to come in who cares for us. And we like someone we know, who we can be comfortable around," said drum major Donald Lynch.

Richmond School Spokesperson Felicia Cosby assured students a new band leader would be in place by next Monday.