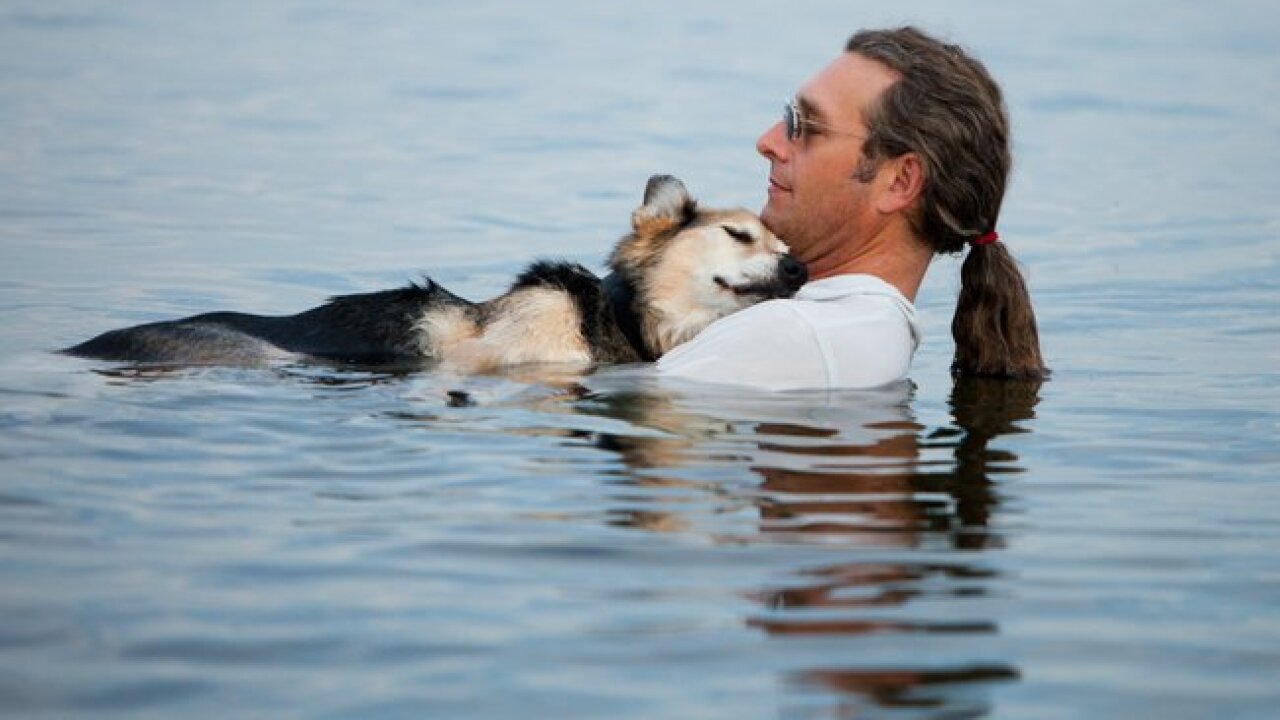 MINNEAPOLIS (WCCO/Rachel Slavick) – It’s a picture that is getting worldwide attention. A photo by Hannah Stonehouse-Hudson captures a man and his dog floating in Lake Superior.

But it’s much more than a peaceful moment between an owner and his pet. The story behind the photo is connecting with millions around the world.

Pet ownership comes with a certain routine. From the daily walks, to feeding – it’s a routine John Unger took on when he adopted his dog, Schoep.

For the last 18 years, John has had a constant companion. However, time is taking its toll.

“It’s tough to see him get old of course,” said Unger.

The shepherd mix has lost his sight to cataracts. Age also brought arthritis and hip problems. It’s a pain and stiffness that offers little relief, until John heads a mile from home.

In the shallow water of Lake Superior, owner and pet find a temporary peace.

The water creates buoyancy, taking the weight off his tired joints.

In John’s arms, there’s no urge to swim, but only to sleep – offering a few moments of serenity from sore limbs. John heads to the lake as often as possible.

“That’s when I’m bothered, when I can’t take him to the lake, because I know he enjoys it so much,” said Unger.

But every trip to the lake brings a nagging thought: will this swim be the last?

“I can only give him what I can, and he’s always given me his all,” said Unger.

Age will eventually separate man and his best friend, but time has already created an unbreakable bond.

“I hope he passes in his sleep, nice and peaceful. Doesn’t everyone want their loved ones to pass peacefully?” asked Unger.

People from around the world have been so moved by this picture, they’ve been calling Schoep’s vet offering to pay for the dog’s medication and treatment.