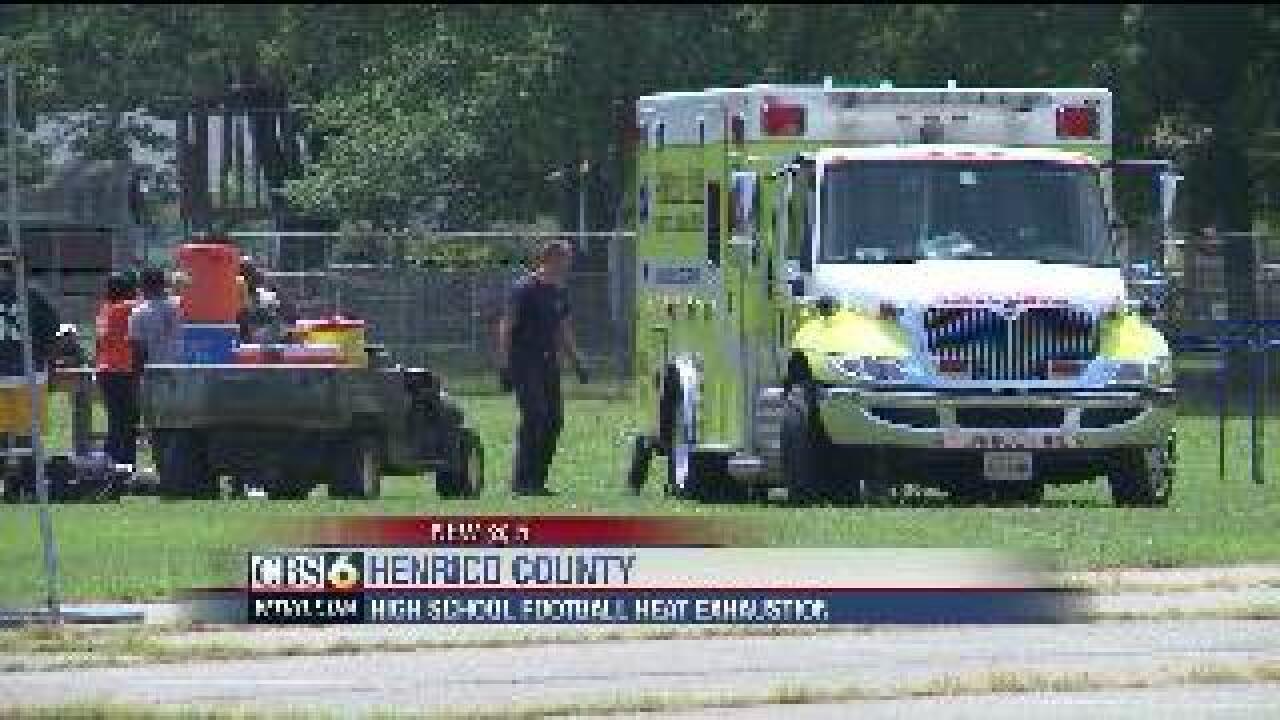 HENRICO COUNTY, Va. (WTVR) - This extremely hot summer may be taking its toll on athletes after an ambulance was called to an area high school after students suffered heat exhaustion.

Linwood Johnson, who lives across the street from the practice field and has a son that just graduated from Highland Springs, said he hasn't seen anything out of the ordinary.

"I've seen the summer practices go on pretty good," said Johnson. "They're out pretty early in the morning… I know the coach and I think they use good judgment, so actually, I have nothing to say about the Highland Springs program. I think they're the utmost, I really do."

However, for one concerned Highland Springs parent, there are questions yet to be answered. The parent said two players were recently treated for heat exhaustion, which school officials did confirm.

Fire officials with Henrico County said an ambulance spotted at the high school's football field Thursday was not for anything heat-related, but couldn't provide details about last week's EMS response to the school.

"We know this is possible during outdoor practices this time of year, and our coaches know and stress the importance of staying hydrated and limiting the length of time of exercise activities."

A former player, who graduated from Highland Springs last year, told Brock that players come out to the gridiron ready to work "and their love for the game, outweighs the conditions."

Other parents and neighbors said they had not seen any warning signs, but admitted that heat exhaustion is not uncommon during this yearly ritual of summer practice.