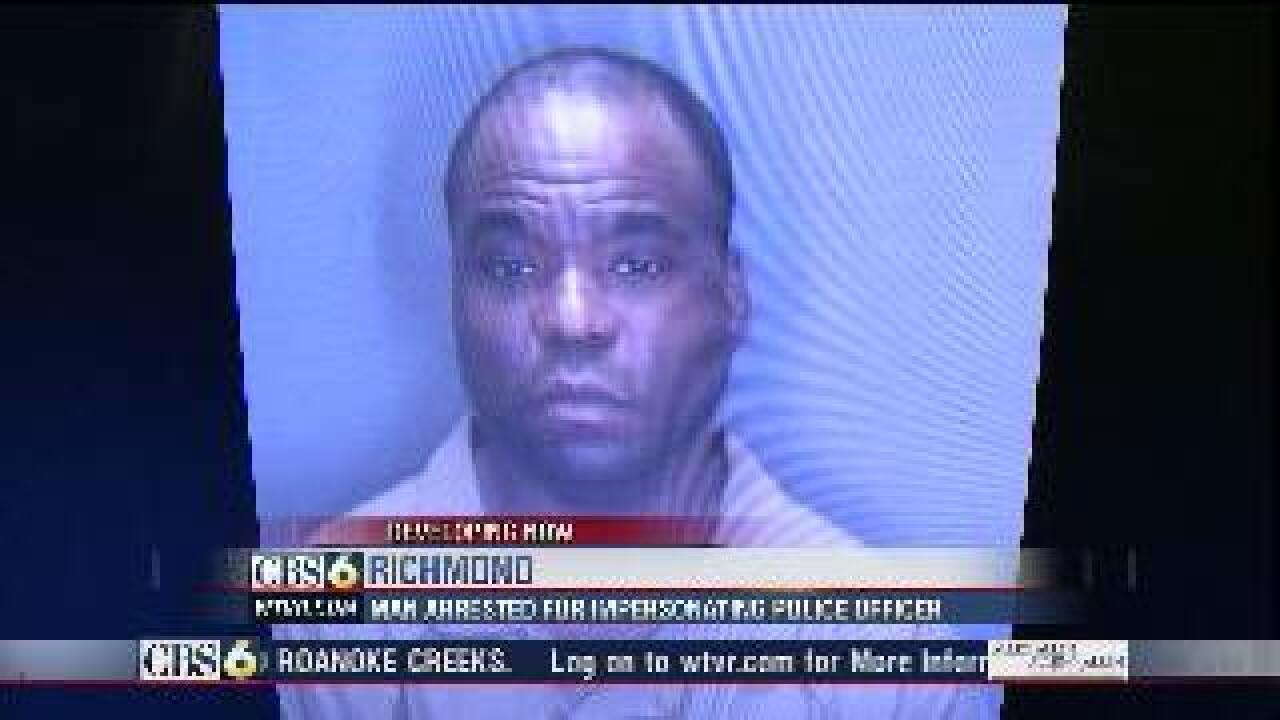 RICHMOND, Va. (WTVR) - A fearless foray into the art of police impersonation could land one Richmond man in some hot water.

Richmond Police have arrested and charged 42-year-old Adrian Crump with multiple charges of impersonating a police officer -- even to a real police officer.

“I would say it’s pretty brazen for somebody to lie directly to a police officer and say that he, himself, is a police officer,” quipped Richmond Police spokesperson Dionne Waugh.

RPD recently nabbed Crump racing down West Cary Street with imitation blue lights flashing on the dashboard of his luxury Mercedes, with no official police credentials.

Then, Waugh says Crump was caught again a short while later by state police, committing the same offense in a Range Rover on I-64.

“We don’t know why he was doing it,” said Waugh. “But we do know it’s a crime, it’s illegal, and we want to know if he’s been out there telling other people he’s a law enforcement officer.”

Detectives are looking into whether or not Crump presented himself as a police officer to any regular citizens, such as residents near his home on the 2000 block of Riverside Drive.

“No one’s personally come up to me, you’ve brought it to my attention,” confessed Pierre Young. “If he knew what he was doing was right or wrong, I don’t know- but if he did it to speed across traffic, that is not cool and is not acceptable to me.”

A community regular who lives a block away from Crump and goes by the name ‘Mrs. Fitch,’ tells CBS 6 she haven’t observed any questionable activity, but it’s hard to say for sure.

“That’s the thing,” said Mrs. Fitch. “If I ran into somebody like that, I wouldn’t know what to do! How would I know if he’s the right person or not?”

Police are encouraging residents to contact Crime Solvers at 780-1000 if they believe they’ve been the victim of police impersonation.

Crump currently faces two charges, each a Class 1 misdemeanor, carrying a penalty of 12 months in jail and/or a $2500 fine.

If Crump were found to have misrepresented himself to citizens as well, he would face the same charge, according to CBS 6 Legal Analyst Todd Stone.

Crump is currently residing in the Richmond City Jail, and has a court date on Friday.

Stay with CBS 6 News and WTVR.com for updates on this developing story.