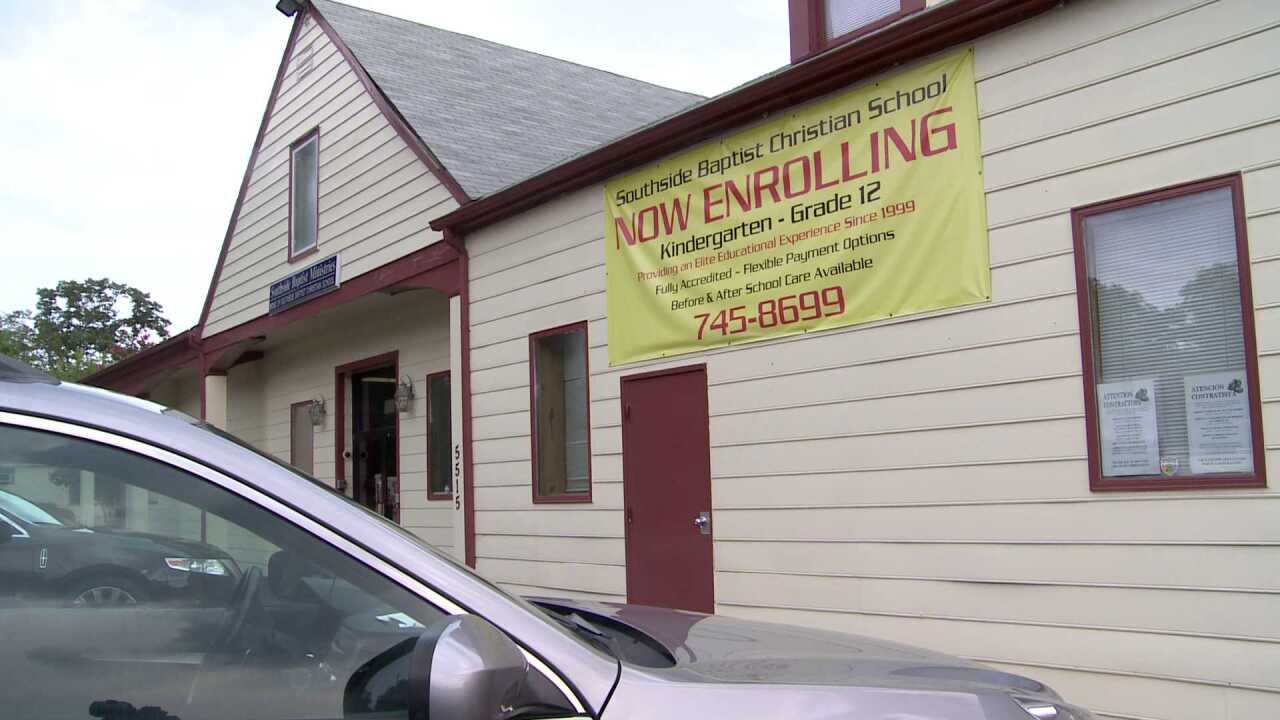 The players are all Jamaicans and say they were mistreated at school. But Southside Baptist Christian School leaders insist they're not telling the truth.

“They cut the heat off,” Villiers says in the video. “We were cold in that house for like three days."

Of a coach he said, “He was like whipping us with this thing. I was like, ‘Yo! My momma doesn't even hit me.’ They held us down and beat us."

“This is a disgruntled student,” said Sonja Upshaw. “ 'Sour grapes’ as we put it, [someone] who was expelled from our program, and because he couldn't move to another program, he took issue."

Once expelled or removed from the international studies program, the student handbook warns that transcripts and other essential paperwork will not be provided and that the student’s visa status would be submitted for termination.

“To the best of our knowledge his I-20 status is revoked, and he's in the country illegally," said Upshaw.

That put Villiers in an illegal holding pattern. Other Jamaican players have come to his defense, claiming they were treated like servants, forced to volunteer for up to 12 hours a day.

"My life in Jamaica was better than it was here. I never went hungry at home," says Villiers in the video.

Upshaw acknowledges the student-athletes must volunteer to help offset the cost of tuition. She says that’s part of the written agreement required by the Department of Homeland Security. The department also requires full disclosure to all prospective international students, she said. But the school is now trying to rebound from criticism they say they don't deserve, fearing the accusations could lead to the loss of accreditation.

“Just as they publicly put us out there, they need to publicly retract,” said Upshaw. “They jumped the gun on this and their facts are not accurate.”

Jon Burkett stopped by Chris Villiers’ Chesterfield home and he said he stands behind everything he said in the video.

Meanwhile, Upshaw says Southside Baptist Christian School's legal team has authorized cease and desist orders to Villers and all other parties involved and will go on the offensive against the players and other media outlets whom they claim have damaged their school’s name.