Driver charged in incident that closed I-95 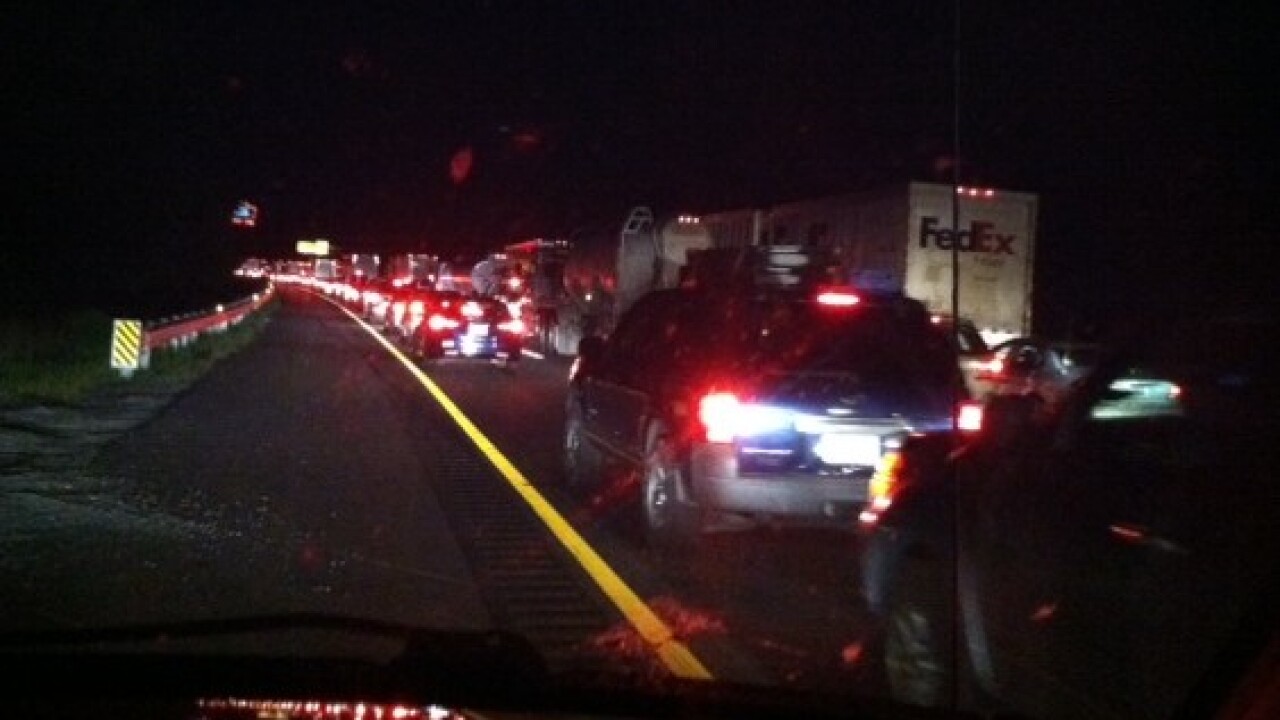 CAROLINE COUNTY, Va. (WTVR) – The driver of a dump truck involved in an early morning incident that closed Interstate 95 in both directions has been charged with  reckless driving. Virginia State Police spokesman Sgt. Thomas Molnar released the charge against William Zimmerman, 39, of North Chesterfield, in a morning email to CBS 6.

Earlier this morning, Interstate 95 was closed in both directions in Caroline County due to an incident involving a paving crew and downed power lines.

Molnar said around 2:00 a.m., power lines were knocked down across Interstate 95 after a dump truck hit the overhead lines. Two vehicles heading north on 95 also hit the lines.  No injuries were reported.