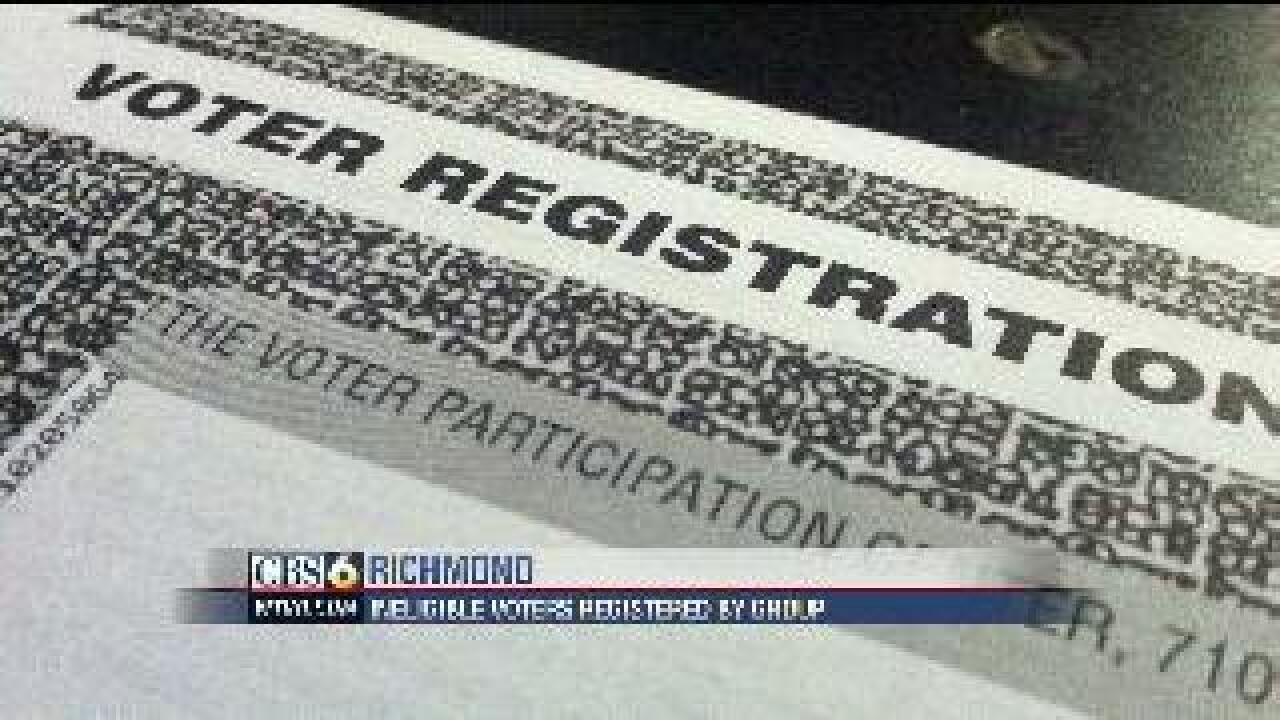 RICHMOND, Va.  (WTVR)  - The Virginia State Board of Elections rejected a request from presumptive GOP presidential candidate Mitt Romney’s campaign to investigate whether the Voter Participation Center (VPC) broke state law while trying to get more people registered to vote.

While the board rejected the request to investigate, it did tell the VPC to stop mailing out partially completed voter registration forms.

“We applaud the fact that the Virginia Board of Elections has decided to reject all three of the Romney Campaign’s demands and reaffirmed its commitment to increasing the number of registered voters in Virginial," said Voter Participation Center President Page Gardner. "Because we share the board’s desire to improve the accuracy of the lists we use, we have instituted improvements to our list processes that will be in operation for our September mailing."

“The Voter Participation Center has already admitted its misconduct, and we are glad that the State Board of Elections quickly convened a meeting on the issue. Even in the absence of a formal investigation, we are heartened that the group is being forced to stop mailing misleading, pre-populated voter registration forms in Virginia," Romney Campaign Spokesperson Amanda Henneberg wrote in an email to CBS 6. "The Romney campaign supports efforts by private groups to register all those who are eligible to vote.  Such organizations must take responsibility to ensure that they conform to the letter and spirit of the law.  Unfortunately, the Voter Participation Center’s conduct has not met this standard to date.“

The VPC calls itself non-partisan, but actively the group tries to get unmarried women and other underrepresented groups to register to vote.

Those voters tend to lean more toward Democratic or Independent parties.

The VPC recently tried targeting nearly 200,000 non-registered voters in Virginia through a purchased mailing list. When some of those forms showed up at addresses for pets and for people who've passed away, the Romney campaign asked the Virginia Attorney General’s Office to investigate if any voting laws have been broken.

The Attorney General's office was waiting to see what happened at the State board of Elections today.