Bloomberg blasts ‘deafening silence’ on guns from Obama and Romney 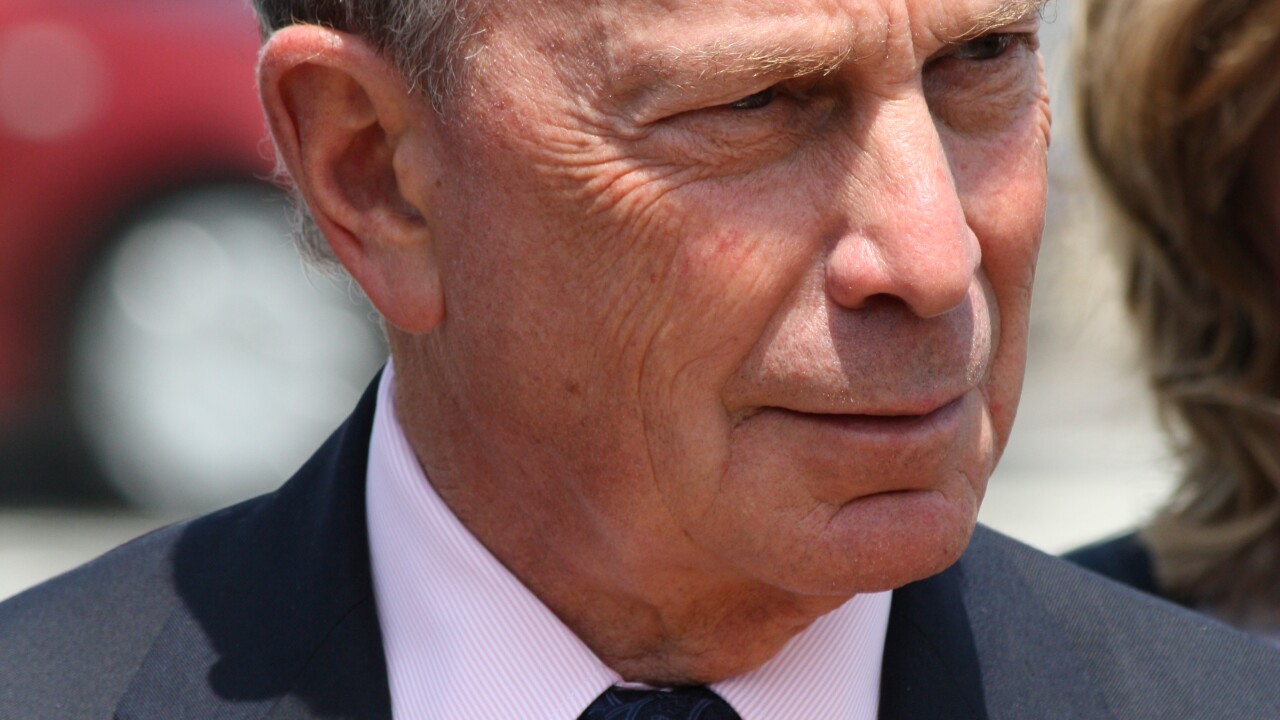 Bloomberg blasts ‘deafening silence’ on guns from Obama and Romney

(CNN) — New York City Mayor Michael Bloomberg bemoaned Monday what he called a “deafening silence” on gun control from the two presidential candidates after a pair of high-profile shootings in Colorado and Wisconsin killed a combined 18 people.

Long an outspoken advocate for tighter restrictions on guns, Bloomberg originally called on President Barack Obama and his Republican challenger Mitt Romney to lay out their respective plans on stemming gun violence after 12 people were shot at a movie theater outside Denver on July 20.

His remarks Monday came one day after a gunman killed six people at a Sikh temple in Wisconsin.

“Just two weeks after the tragedy in Aurora, Colorado, we’ve seen another mass shooting,” Bloomberg, an independent, said on the steps of a Sikh community center in Queens. “One in which it appears there were some warning signs in the shooter. And still the two presidential candidates have not given the American public a plan to keep guns out of the hands of dangerous people. Every day 34 Americans are murdered with guns. The fact that criminals, terrorists and other mentally ill people have access to guns is a national crisis.”

The question of tighter restrictions on owning guns has been largely ignored in this year’s presidential campaign, even following the July 20 shooting . Democrats, who in the 1990s were vocal in pushing for tighter gun laws, rarely address the issue today.

Speaking aboard Air Force One on July 22 as the president flew to meet with families of those killed in the Colorado shooting, White House Press Secretary Jay Carney said Obama did not have plans to push for new laws in light of the massacre. Carney made similar remarks Monday at the White House press briefing.

Romney, in an interview with CNN’s Piers Morgan on July 26, said he did not “support new gun laws in our country,”

The presumptive GOP nominee added later that “the effort to continue to look for some law to somehow make violence go away is missing the point.”

Bloomberg similarly chastised both Obama and Romney for staying silent on guns following the Colorado shooting. Both candidates, Bloomberg said, had records on restricting access to assault weapons. He pointed to an assault weapon ban Romney signed as governor of Massachusetts and a 2008 campaign promise from Obama to reinstate a federal ban on assault weapons.

“The governor has, apparently, changed his views, and the president has spent the last three years trying to avoid the issue, or if he’s facing it, I don’t know anybody that’s seen him face it. And it’s time for both of them to be held accountable,” Bloomberg said on CBS.

“Leadership is leading from the front, not doing a survey, finding out what the people want and then doing it. What do they stand for, and why aren’t they standing up?” he asked.

“Neither candidate has been willing to address the issue,” he said.

The president’s trip to meet with victims of the Colorado shooting, along with Romney’s statement expressing condolences, were the right thing to do, but did not equal leadership on the issue of guns, Bloomberg said.

“Neither of those statements had anything to do with stopping the next massacre. Stopping the fact that we have more guns than people in this country. And that 34 people a day are killed,” he said.