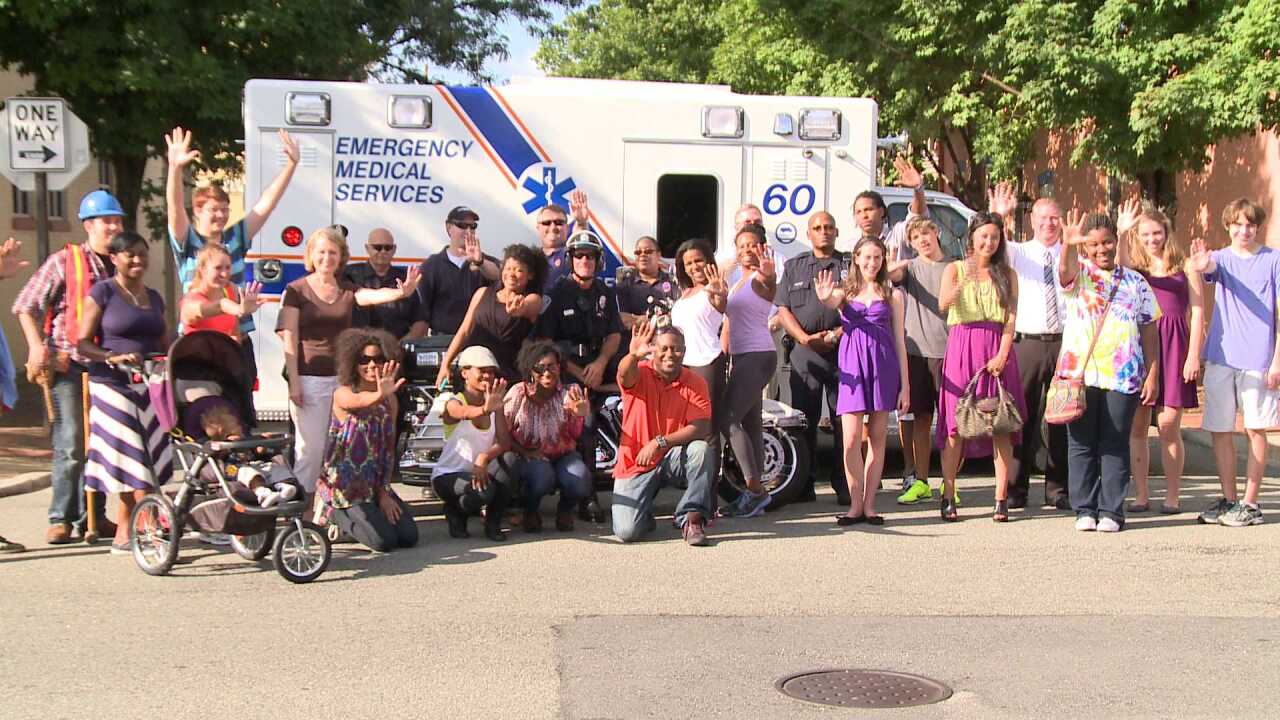 RICHMOND, Va. (WTVR) - Over the past 1,269 days, the Richmond Ambulance Authority (RAA) reports they have taken 374 pedestrians to the hospital after being struck by a vehicle.

That equals one person sent to the hospital every three to four days.

To curb this number, the RAA is producing a music video to warn Richmonders about the dangers of distractions like texting while walking down the street.

“Staying alert is a major issue right now,” said Rob Lawrence, the Chief Operating Officer for the RAA. “We know that across the nation incidents involving distracted walking and, of course, distracted driving has quadrupled.”

Sean Burton, who works in the billing department for RAA, helped to write and produce the song as a part of the “Crossing Alert Campaign.”

A portion of Main Street was closed for the video shoot Sunday morning.

“I think it’s going to go viral and a lot of people are going to like it,” said Burton. “Hopefully, it will lessen the percentage of people getting hit by cars. I think it will have a huge impact.”

The video will be marketed using social media as a tool to spread its message. For Burton, he hopes his song will have a larger impact than just in Richmond and he is hopeful it will could be used nationally.

Here is a list of problematic “hot spots” for pedestrians in Richmond from the RAA: