HOLMBERG: Shut up Chick-Fil-A? Gays and lesbians should know how it feels to be intimidated, silenced 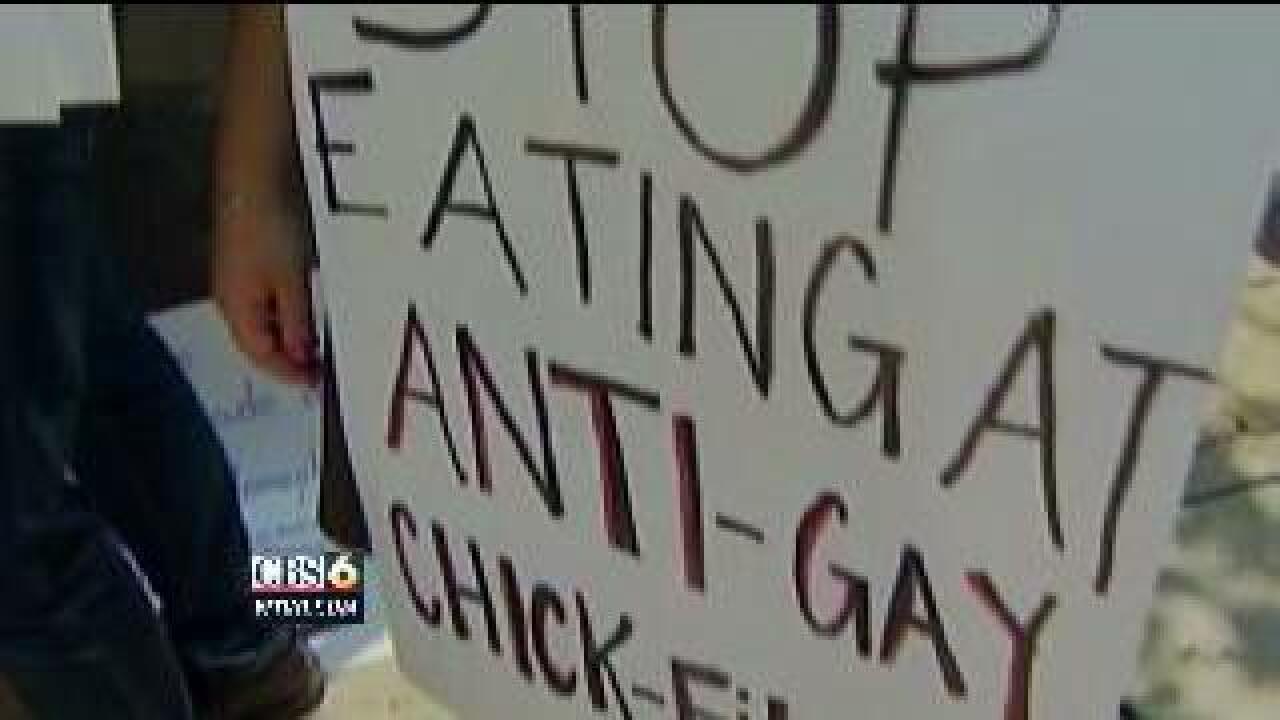 RICHMOND, Va (WTVR)- This Chick-fil-A thing is oh-so simple if you believe in the Constitution.

The firm’s president  has every right to voice his opinion on gay marriage.

Those who disagree have every right to not eat there and encourage others to join them.

Those politicians or university leaders who want to punish the company by denying or repealing its business licenses are grandstanding idiots.

Unless someone can prove Chick-Fil-A discriminates in its hiring and treatment of its employees, or against its customers, any city or university discriminating against them would be in trouble.

Besides, Dan Cathy’s statement that our nation’s embracing of gay marriage will invite the wrath of god is nothing new.

Nor is there anything new about national firms getting hammered for their views on hot-button social issues.

Among the many firms targeted by Christian and traditional family groups for supporting gay rights issues is Starbucks.

In January, that firm issued a statement strongly supporting same-sex marriage, saying it is “core to who we are and what we value as a company” as it fought a traditional marriage amendment in Washington state.

The National Organization for Marriage tried to organize a boycott against Starbucks, but it never got much attention in the media and it fizzled.

Why try to punish all the employees and the tax base for an opinion held by an owner?

Why risk being seen as intolerant when you want your own views to be tolerated?

Why use your free speech rights to silence others?

And why inflame those with a different opinion, as we’ve seen in that past week with what will likely be the most profitable spell in Chick-Fil-A’s history?

I believe a good number of the people who have supported Chick-Fil-A don’t necessarily agree with Cathy’s views on gay marriage.

But they disagree with the strident tone of the boycotters, their rhetoric.

It feels like intimidation – punishment and an attempt to silence any viewpoint different than their own.

Of all people, gays and lesbians should understand how that feels.

Many have had to live with it for much of their lives.

That’s my take, I’d love to hear yours on WTVR.com.