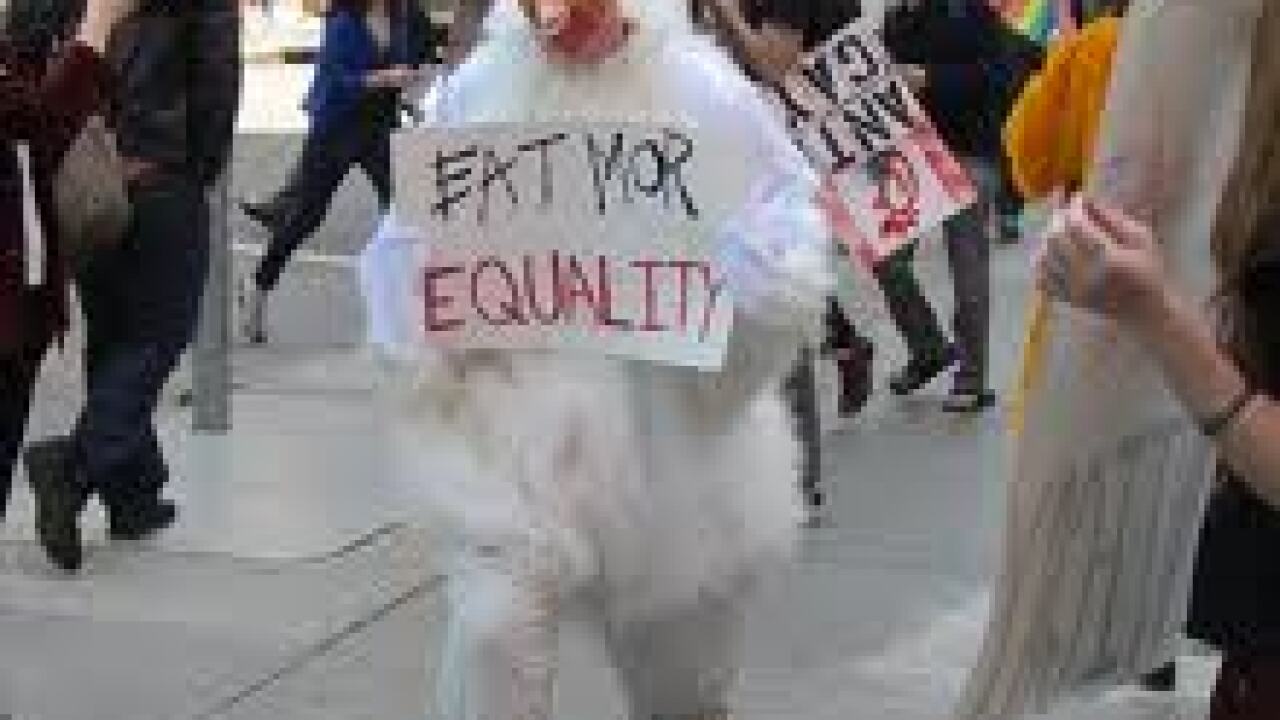 Nashua, NH (WTVR)–Anthony Piccola manages the one-and-only Chick-fil-A in New Hampshire, and he’s breaking away from the mainstream, and recently criticized, company values by sponsoring the New Hampshire Pride Festival.

In a statement released on the New Hampshire Pride Fest’s website, Picolia wrote:

“In both my personal and professional life, I have had and continue to have positive relationships with family, friends, customers and employees in the LGBT community. It would make me sad if someone felt that they were not openly welcomed into my life or restaurant based on their belief, race, creed, sexual orientation or gender.

Chick-fil-A at Pheasant Lane Mall has gay employees and serves gay customers with honor, dignity and respect. We also don’t discriminate in giving back to the Nashua community, donating to a wide variety of causes. I would challenge people to come have a conversation with me before they make assumptions or boycott my restaurant. Come to my restaurant and see for yourself that my team and I only have one mission: To serve exceptional experiences to all.”

The Lesbian, Gay, Bisexual and Transgender Community have shown mixed reactions to this announcement. A poll on the New Hampshire Pride Fest’s Facebook wall shows more votes in support of Piccola extending the olive branch, or chicken feather, of corporate sponsorship.

One Facebook user wrote on New Hampshire Pride Fest’s wall: “However, handing out two grand does nothing to dispel the harm their potentially millions of dollars given to LGBT hate groups has done.”

On the flip side another responded to that person by saying, “If one franchise owner is courageous enough to take a stand for what is right, others around the country will be inspired to do the same.

The firestorm started two weeks ago when Chick-fil-A’s President, Dan Cathy, sparked criticism after speaking out on same-sex marriage. Cathy said ‘we are very much supportive of the family – the biblical definition of the family unit.’”

In addition to the statements, Chick-fil-A has given millions to groups like the Family Research Council and Exodus International, according to documentation by Equality Matters.

After the initial backlash to the CEO’s comments, Chick-fil-A released another statement.

“The Chick-fil-A culture and service tradition in our restaurants is to treat every person with honor, dignity and respect –regardless of their belief, race, creed, sexual orientation or gender…,” said a statement from Don Perry, the company’s vice president of corporate public relations, who died last week amid the controversy.