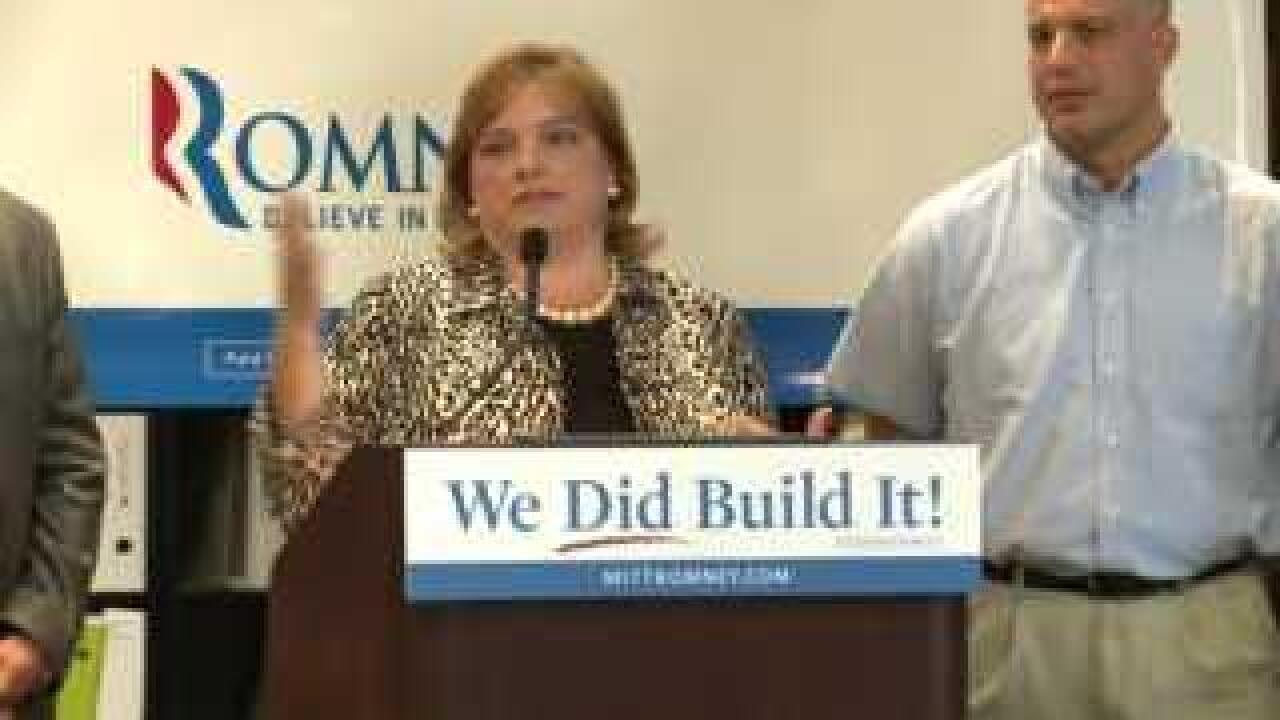 RICHMOND, Va. (WTVR)--In the midst of a Romney campaign offensive targeting President Obama’s recent remarks about entrepreneurs, CBS 6 has learned several of the local businesses highlighted in the campaign have benefited from government assistance.

“When I heard the ‘you didn’t build that comment’ on television, I thought I surely must have misheard something,” said Richmond small business owner Melissa Ball at a stump event this week. “President Obama is wrong- Americans do build their own businesses, and we deserve a president who believes that as well.”

Republicans have keyed in on Mr. Obama’s remarks- offered during a July 13 speech in Roanoke- that tied small business success to a combination of personal ingenuity and government assistance.

Ball criticized the president for shortchanging small business owners, who she believes thrive on business acumen, will and savvy- not government aid.

Yet public records indicate that Ball received a $52,000 government contract for her office supply business, Ball Office Products, in 2001. She also secured an SBA-backed loan of $635,000 earlier this year, according to the web site Usaspending.gov.

Ball did not return several phone calls from CBS 6 on Thursday.

At the Romney Victory Headquarters in Fredericksburg, VA, the Republican Party Victory Chairman Pete Snyder responded to questions about whether Ball, and other business owners critical of President Obama who’ve accepted government loans and contracts, are hypocrites.

“Money doesn’t magically appear from Washington D.C.,” said Snyder, “it comes from the pockets of every single person in America, and it’s fueled mostly by entrepreneurs. So how is that hypocritical?”

Snyder drew a clear distinction between believing in a ‘limited role for government,’ and taking issue with the president’s comments.

“I think it’s terrific we have the SBA,” declared Snyder. “But government doesn’t create business, entrepreneurs do!”

State Delegate Chris Head, R-Roanoke, owns two offices of ‘Home Instead Senior Care,’ a national franchise with more than 900 locations throughout the country.

On Wednesday, the Romney camp used Head’s Roanoke office for one of its 24 ‘We Did Build This’ campaign events.

Head acknowledged to CBS 6 by phone Thursday that he’s used SBA-backed loans, and that a small portion of his revenue--less than 10 percent- comes from government contracts with the Department of Veteran Affairs.

But Head vehemently disagreed that his use of government loans or contracts undermines his criticism of the president.

“The only thing an SBA loan does is give you, in essence, a co-signer so that if everything goes south, and everything is liquidated, including the personal assets of the person who took out the loan, then the government might be able to step in and repay that,”said Head.

He called reaction to the president’s ‘you didn’t build that’ remarks among the small business community one of “universal disdain” and a slap in the face.

Democrats, on the other hand, believe their Republican counterparts are missing the point.

“There were 18 tax cuts that have helped small businesses under the Obama Administration,” said Delegate Jennifer McClellan, D-Henrico, “and stimulus money has helped some small business owners gain access to capital that they otherwise wouldn’t have received.”

With regard to business owners receiving government loans and contracts, McClellan added, “I think they would have to admit that’s helped them along the way.”