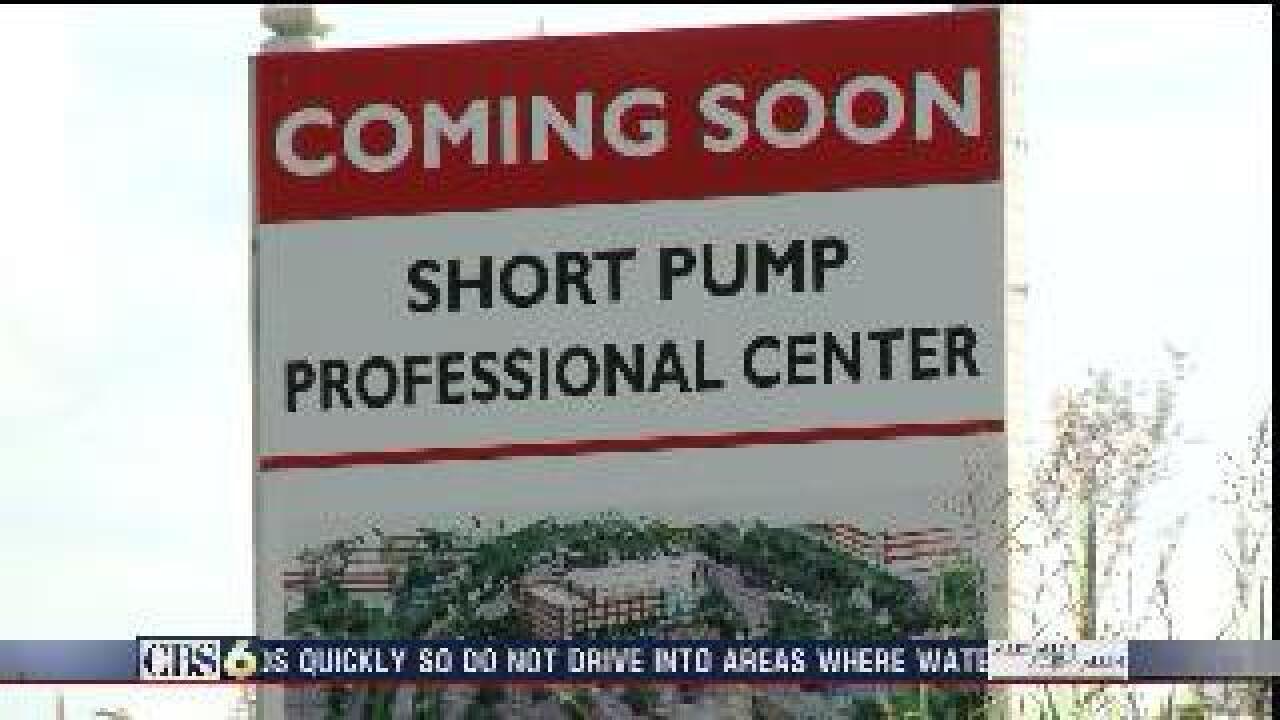 SHORT PUMP, Va. (WTVR) - For more than a decade, the Short Pump neighborhood in Henrico’s West End has been the epicenter of the age-old debate, development or preservation?

Once blanketed in fields, Short Pump has added all kinds of commercial activity in recent years, from high-end retail, mixed-use development and luxury apartments, to big box stores, grocery chains and an outdoor walking mall.

Yet in the midst of all this change, one thing has remained constant -- a large plot of land situated west of Lauderdale Drive and south of Broad Street, that has been the property of the Nuckols family since 1849.

“It is a prime piece of property, and we watched it anticipating that it would be developed at some point,” said Henrico mom April Sullivan, who lives adjacent to the empty field in the nearby Graham Meadows subdivision.

“Nobody here is under the illusion that it’s going to remain a field,” added Sullivan, “we’d like it to, but it’s not realistic.”

The prospect of an indefinite field seems especially unrealistic now, since a developer, Lingerfelt Companies, has come to terms on 53 acres of land with the Nuckols family, and intends to transform the agricultural bed into a combination  office park, retail outlet and apartment rental property.

James Theobald, attorney for Lingerfelt, told CBS 6 Tuesday that the deal is contingent on Henrico County approving a zoning change this fall.

“The economy is driven by development,” explained Theobald. “That’s how our tax base grows, that’s how jobs are created and rooftops are created. We want to grow, but grow responsibly.”

Theobald says the company has reached out to local residents, many of whom, like Sullivan, oppose the type of development being proposed.

Her most pointed criticism is the proposal for apartment and townhouse-style rentals, rather than homes and condominiums.

“Whether you make minimum wage at the mall, or you make $150,000 a year in a corporate office, if you don’t own the property and it’s not your single largest investment you’re not going to treat it like it’s your own property,” said Sullivan.

Others in the neighborhood feel similarly, as a petition circulating online to deny Lingerfelt’s application has already garnered several hundred signatures.

Theobald notes that the advent of new development always carries with it a delicate balance between respecting the needs of residents, and effecting change.

“It doesn’t take much of a stretch to look up-and-down Broad Street to understand the influences on this particular site,” said Theobald, referring to the highly commercial complexion of Short Pump.

The sticking point in discussions could come down to whether the local elementary school, Nuckols Farm, can support an influx of new students, and if the county will be forced to redistrict school zones and assess its capacity elsewhere.

The Henrico County Planning Commission is scheduled to hear the application in September. It can make a recommendation to the Board of Supervisors, which will ultimately decide the fate of the project.