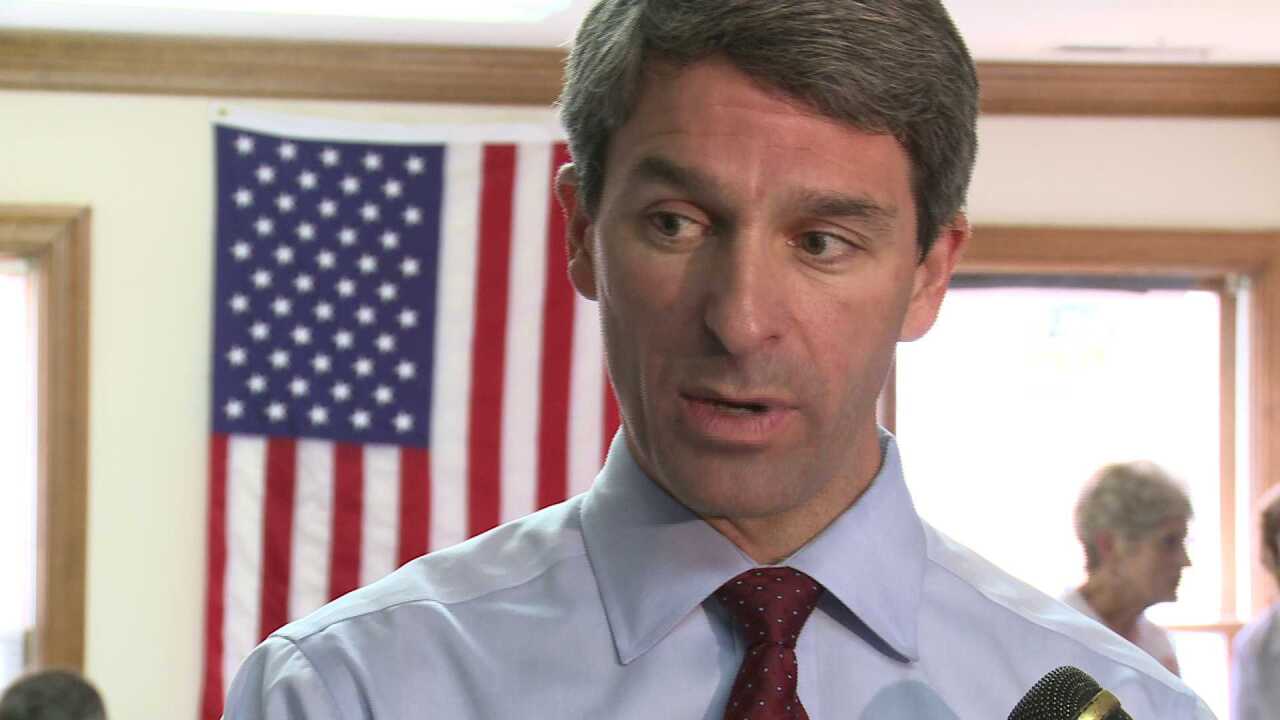 RICHMOND, Va. (WTVR) - It was anything but a warm welcome for Attorney General Ken Cuccinelli Tuesday night as he arrived at Douglas Freeman High School for a Richmond Tea Party Patriot meeting.

More than 100 protesters lined up in front of the school and demanded answers as to why the Attorney General refused to certify new abortion clinic regulations passed by the State Board of Health last month.

“I say he is being radical,” said protester Leslie Rubio.

She said Cuccinelli’s decision inspired her to create the website, Coochwatch.com, and track what she called the attorney general “maneuverings.”

She said the State Board of Health’s decision should have been respected.

“They made the recommendations…and they did their job,” she said.

But, Cuccinelli said he did his job.

“We found that the proposed regulations didn't comply with the law passed by the General Assembly and, of course, laws trump regulations,” he said.

Cuccinelli said during the last General Assembly session lawmakers signed off on rules that treat abortion clinics like new hospitals. That could have required renovations and structural changes. But, the board approved regulations that allowed an exemption for existing abortion clinics.

Since the Attorney General has refused to certify them, the regulations now go back to the board.

“The board hasn't overstepped its authority,” said protester Scott Prince.

He believed Cuccinelli's decision isn’t about protecting women, but rather making it impossible to have an abortion in Virginia.

“Because I think it's pretty clear with his record and the record of our governor,” he said.

Cuccinelli told CBS 6 that if people are dissatisfied with his decision, they need to turn to their local lawmakers.

“Talk to your delegate. Talk to you senator. The law is what it is, I don’t make that judgment,” he said.

Cuccinelli’s decision came as no surprise to the State Board of Health.

Joe Hilbert with the State Board of Health said they were warned back on June 15 that the regulations might not be certified.

Hilbert said that the board members will discuss the regulations again in September.