U.S. drought of 2012 ranks among the worst droughts on record 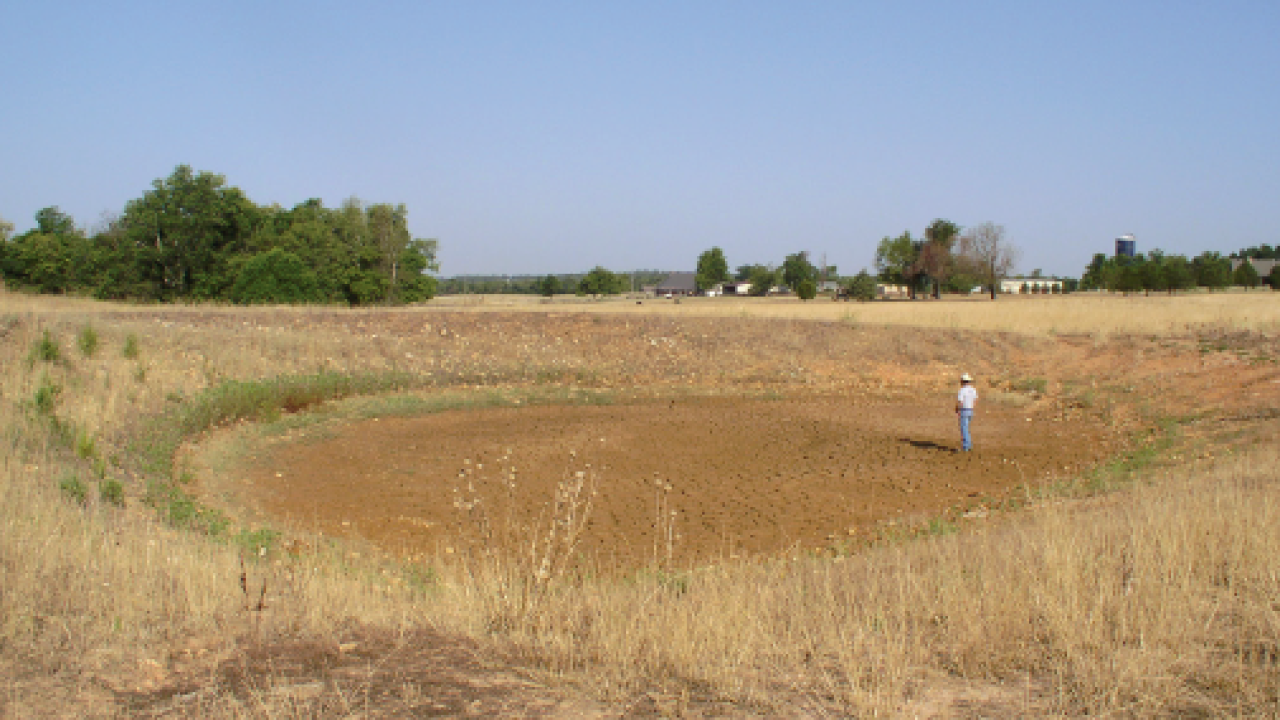 RICHMOND, Va. (WTVR) – A new report released today from the National Climatic Data Center (NCDC), a division of the National Oceanic and Atmospheric Administration (NOAA), indicates that the 2012 drought for the U.S. is among some of our most historic, worst droughts on record. Although this year’s drought does not come close to the epic Dust Bowl drought of the 1930s or the back-to-back droughts of the 1950s, it stands out as one of the worst.

The NCDC uses a variety of scales, indicators, and ranking systems to try to grasp the severity of this year’s drought in comparison to other historic droughts. The report explains “several of these indicators suggest that the 2012 drought is similar to the 1950s drought in extent, pattern, and intensity, although not in duration.”

“The persistent warmth and dryness of the last couple years have been so severe that the nationally-integrated Palmer Z Index has been consistently negative (water demand outstripping water supply) for the last 13 consecutive months. This is largely behind the rapid expansion of drought this year which has led to the largest percent area in moderate to exceptional drought in the 12-year USDM record and largest moderate to extreme drought area (based on the Palmer Drought Index) since the 1950s.”

The NCDC report concluded, based on the Palmer Drought Index, “About 55 percent of the contiguous U.S. fell in the moderate to extreme drought categories at the end of June.”

As for June specifically, the NCDC report says “June 1956 is a close match for the dry areas of June 2012 based on precipitation.”

Approximately the southwest half of the U.S. is eligible for expedited drought-assistance from this year’s drought, as shown in the counties highlighted on the map below.

The USDA released this map on July 11 showing primary and contiguous counties
eligible for drought disaster assistance, along with a streamlined declaration process.

This map aligns well with last week’s Drought Monitor update, with the NCDC summarizing “about 56 percent of the contiguous U.S. (about 47 percent of the U.S. including Alaska, Hawaii, and Puerto Rico) was classified as experiencing moderate to exceptional (D1-D4) drought at the end of June.”

Michael J. Hayes, director of the National Drought Mitigation Center (NDMC) at the University of Nebraska Lincoln (UNL) says, “The recent heat and dryness is catching up with us on a national scale. This is similar to the 1988 drought, which was the last serious drought in the Corn Belt.”  Hayes also stated in the latest Newsletter of the National Drought Mitigation Center that the current drought is not as extreme as the two worst droughts in U.S. history, the Dust Bowl of the 1930s, followed closely by the multiple severely dry periods in the 1950s.

CLICK HERE for more on the latest Drought Monitor and Virginia’s status compared to the rest of the country.

CLICK HERE for the complete detailed drought report released today from the NCDC.