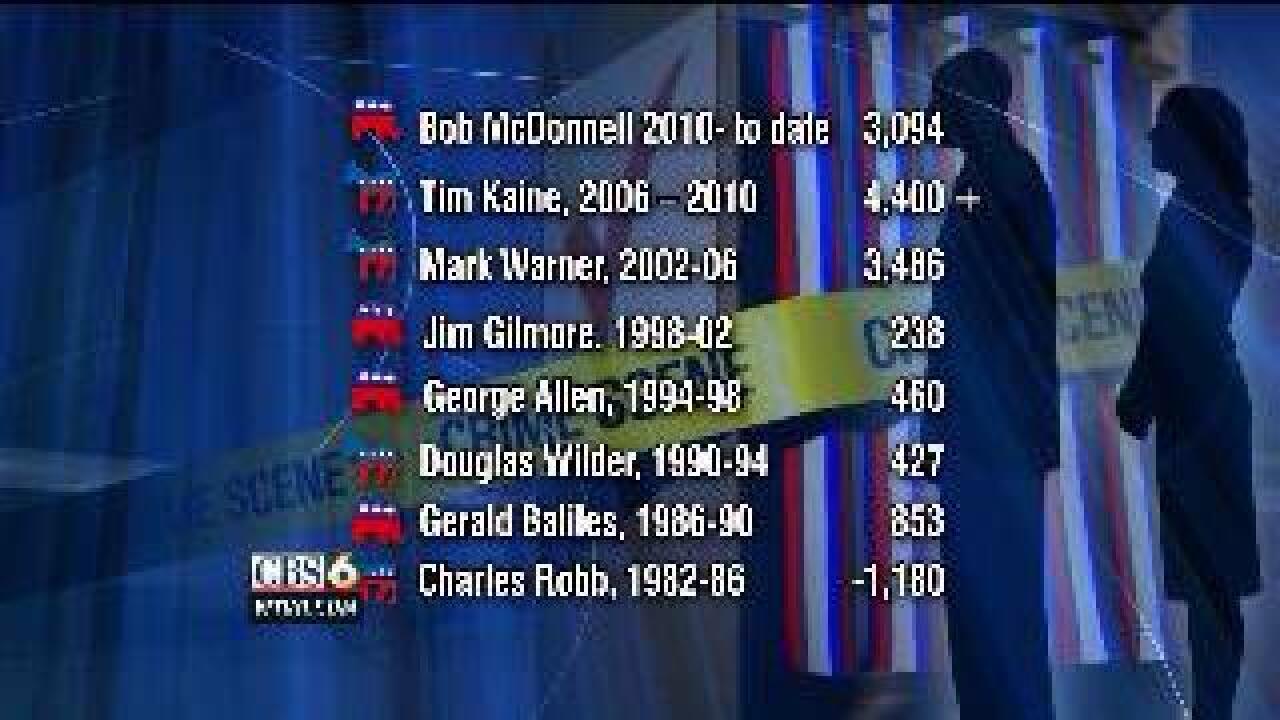 RICHMOND, Va. (WTVR)--Historically, it’s been democratic governors who have been most likely to restore the voting rights of felons.

But a little more than two and a half years into his term, Gov. Bob McDonnell has already restored the rights of nearly 3,100. It’s likely a record-setting pace.

A review of the list of those who have been re-enfranchised by McDonnell show many are citizens who completed their sentences and probation 10 or more years ago. Some paid their debts to society 20, 30, even 40 years ago.

Jerome Ray Bradley finished his probation 45 years ago – March 28, 1977.  He had been caught with the butt of a marijuana cigarette laced with a controlled substance.

“It feels good,” Bradley, now a retired highway engineer, said of getting his rights back. “Forty-some years. It’s amazing how you can do – to me, that was a small petty crime, didn’t harm anybody or anything like that – and to wait that long.”

Bradley said he checked into the restoration process years ago. It was complicated and there were some expenses. He said current state delegate Joe Morrissey was walking through his Highland Springs neighborhood campaigning and helped Bradley through the process when he found out his rights hadn’t been restored after all those years.

The process is simpler now, at least for non-violent felons.

McDonnell spokesman Jeff Caldwell said the governor “always thought it was a long process and had too much administrative work and red tape. So when he was running for governor he pledged he would make the most efficient system in modern Virginia history . . .”  He’s kept that pledge, Caldwell said.

McDonnell is on track to smash Tim Kaine’s modern record, who restored the voting rights  of more than 4,400 people.

In second place is democrat Mark Warner, with 3,486.

Even the conservative George Allen was kinder to felons – 460 of them.

McDonnell will likely restore the rights for 10 times that number.

Still, a recently released report by The Sentencing Project estimates 350,000 Virginians and nearly 6 million across the country can’t vote because of felony convictions. Blacks are hardest hit, an estimated one in five in Virginia.

Only Maine in Vermont don’t strip the voting rights of felons. In 22 states, felons automatically get their rights back when they finish serving their time  and probation and parole. Virginia is among the very toughest states for felons, particularly violent ones.

McDonnell’s rapid restoration pace is interesting given he signed the law requiring voter IDs, historically two issues on opposite sides of the partisan fence.

Caldwell said both acts aren’t at odds – it’s making sure qualified citizens get to vote.

You can find more about the restoration of voting rights here: http://www.restoreourvote.org/