Giuliani stumps for Romney in Henrico 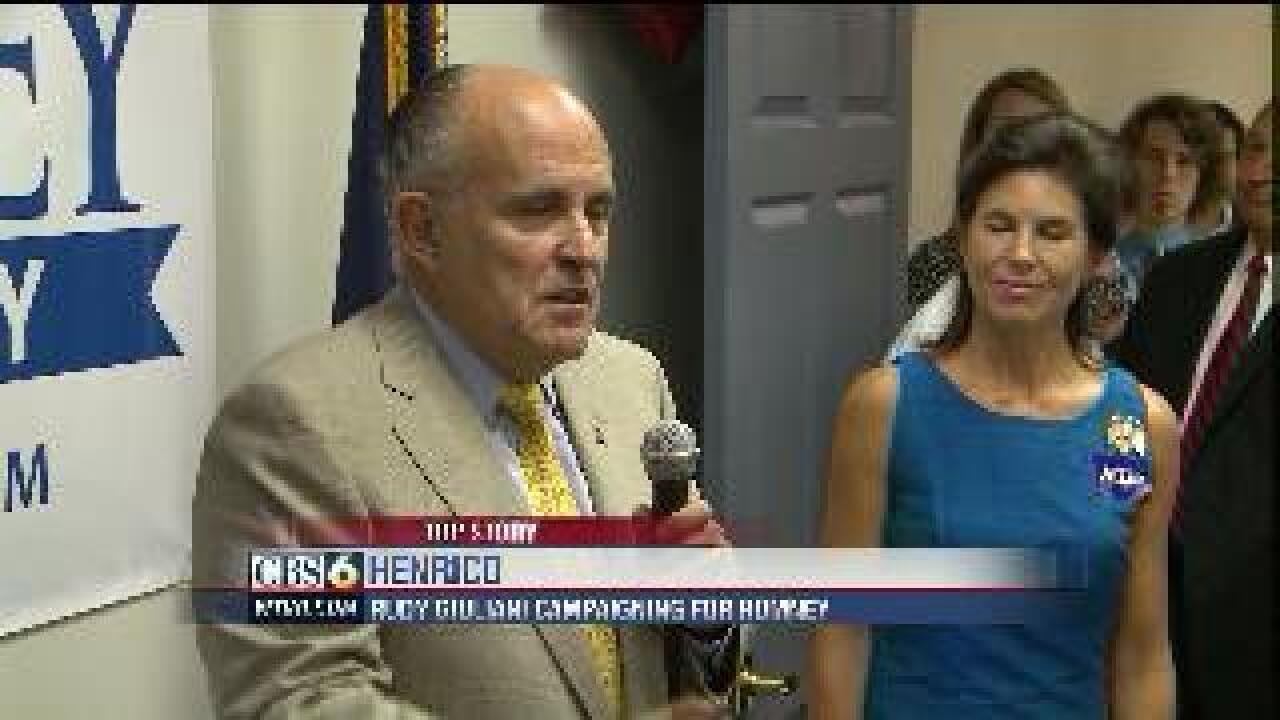 HENRICO COUNTY, Va. (WTVR) -  The Mitt Romney campaign opened its 25th campaign office in Virginia. Former New York City Mayor Rudy Giuliani was on hand Friday at the Parham Road location. Giuliani stumped for the presumed GOP presidential nominee. He told a large crowd that while the race is tight across Virginia right now, the margin between President Obama and Romney in Henrico County is microscopic.

[BONUS: Why is Henrico County so critical in the presidential election?]

Giuliani said both candidates have an opportunity to win in Virginia. He said they both have enough voters to do it, but that the question was who was going to work harder to do it.

Back on December 15, 2011 Giuliani blasted Romney on MSNBC's Morning Joe. He called Romney a flip-flopper and said he was a man without a core, without substance.

"I reconcile it very simply," Giuliani said. "Mitt Romney would be far better for whatever faults he has than Barack Obama. No question that neither one of them is perfect. I'm not perfect, you're not perfect.

Sam Brock will have more on what Giuliani had to say on healthcare and the economy, coming up on the CBS 6 News beginning at 5 p.m.