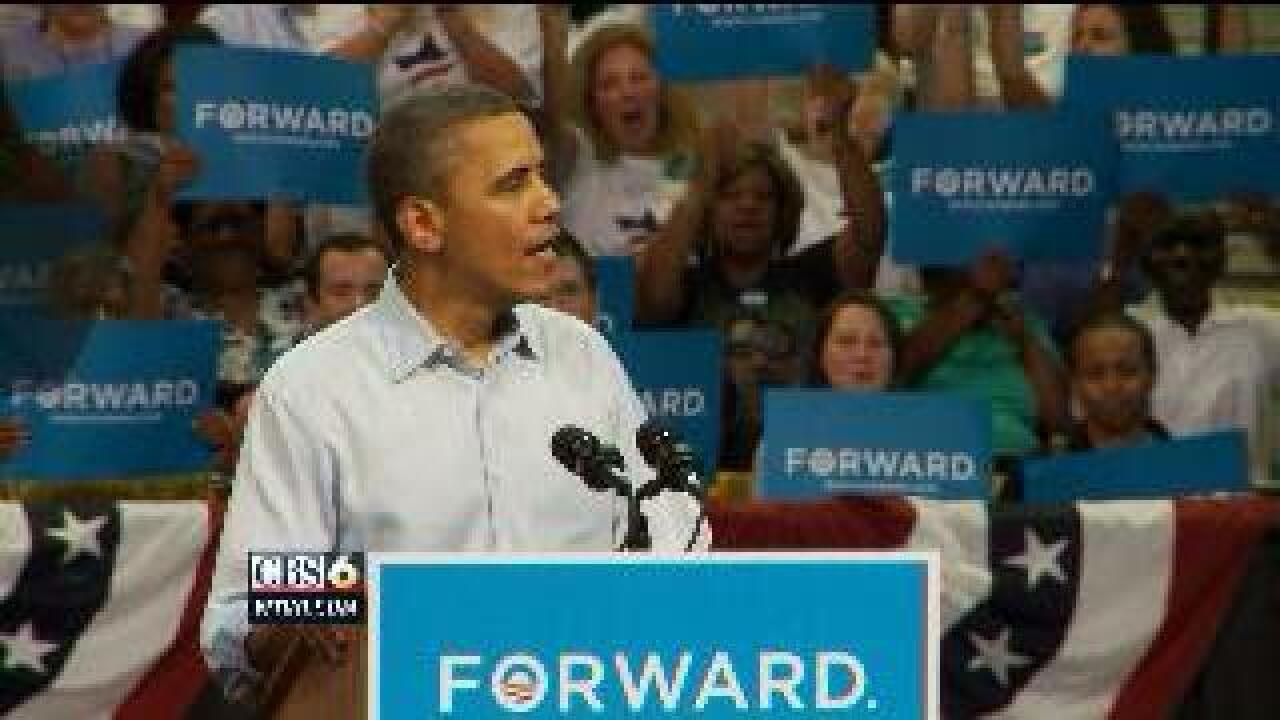 HENRICO, Va. (WTVR)--According to the sign at the front of the property, the Walkerton Tavern in western Henrico County has been around for nearly two centuries.

Some local residents would argue the neighborhood’s conservative leaning has been established for just as long.

But in the midst of a highly-contested presidential election, one in which polls show Mitt Romney narrowly trailing the president in the swing state of Virginia, the incumbent is stepping into a traditionally conservative stronghold.

On Saturday, President Obama will make a campaign stop at the Walkerton Tavern to push his economic agenda and lobby Americans for his middle-class tax cut proposal.

“Certainly, Barack Obama thinks Henrico County is going to be very important for his chances, not just in Virginia but in the country for 2012,” observed CBS 6 political analyst Dr. Bob Holsworth.

Holsworth terms Henrico County a ‘battleground county’ within a battleground state, and one of a few places that could determine the fate of Virginia’s 13 electoral votes and possibly the outcome of the election.

Which candidate will Henrico support in 2012?

According to residents, political experts and even county administrators, the outcome could be hard to predict due to changing demographics and an evolving political makeup.

“We are a very diverse community, it’s changed over the years and you can see that in the numbers,” said Henrico’s Director of Planning, Joe Emerson.

Emerson told CBS 6 that the minority populations in Henrico have spiked over the last decade. The African-American community rose by 40 percent, or 25,000 people.

Equally as significant, Emerson said the Asian population shot up by 112 percent and the Hispanic population jumped 152 percent.

Long time Henrico resident Brandon Robinson, who identifies himself as a Republican, observed that the county  is attracting people from up-and-down the East Coast with new development and economic opportunity, particularly in areas like Short Pump.

“There’s a little bit more of a Democratic presence coming in from places like New York,” said Robinson, “so we’re getting more diversity.”

On Wednesday afternoon, CBS 6 spoke with Pete Snyder, Victory Chairman for the Republican Party of Virginia.

Snyder said the GOP believes presumptive nominee Mitt Romney has a good chance to carry Henrico, and the party will be investing considerable resources there.

On Friday, Romney will unveil a new office in Henrico on Parham Road, his 23rd office in Virginia. Lieutenant Governor Bill Bolling and former New York City Mayor Rudy Giuliani will be in attendance.