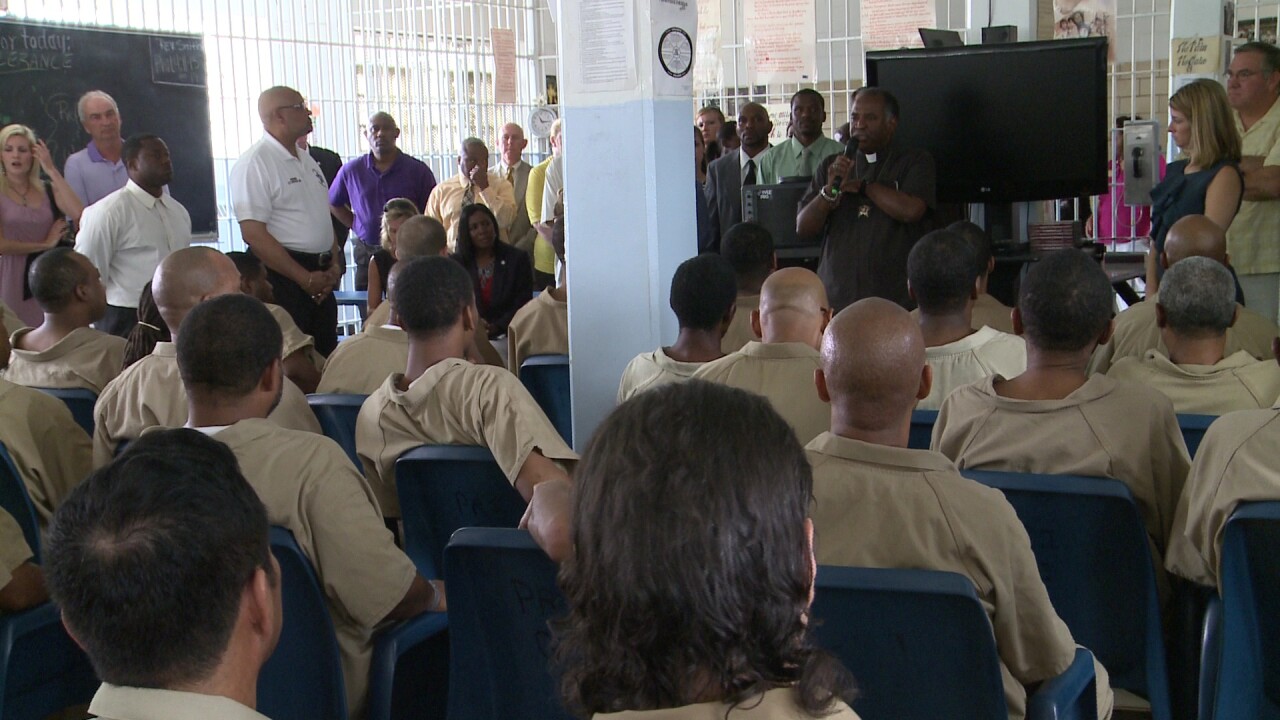 RICHMOND, Va. (WTVR) – A new study has found the Richmond City Jail’s faith-based program, the Men in Recovery, has helped some inmates stay out of jail upon their release.

The four-year study found inmates who took part in the program were 18-percent less likely to commit crimes and be sent back to jail after their release. [CLICK HERE: Read the study’s executive summary]

“Kingdom Life Ministries’ Men in Recovery program is saving the Commonwealth almost $8 million [over the course of the study] as well as lowering recidivism rates significantly,”  said the study’s author Dr. Sarah Scarbrough at a morning press conference at the city jail.

In addition to a faith-based message, Scarbrough said the Men in Recovery program uses recovering drug addicts and alcoholics to educate and mentor those attempting to become sober.