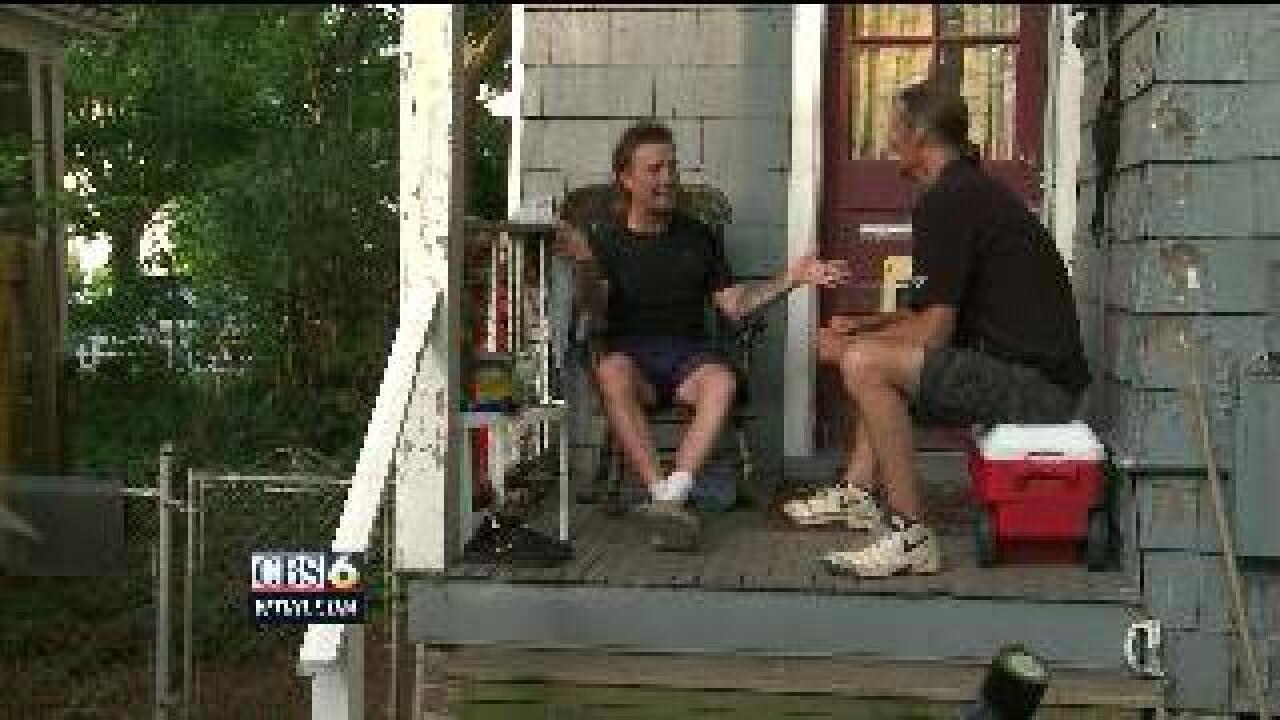 RICHMOND, Va. (WTVR) - Dave Brockie, singer for Richmond’s famous theatric heavy metal band GWAR, is on a rant about there not being more publicity and outrage about Lamb of God’s Randy Blythe still being locked up on a manslaughter charge in the Czech Republic.

“Oh, if it was Justin Bieber there’d be an army of shrieking 14-year-olds that would tear down the walls of the prison and bust him out of there,” Brockie said. The president of Sony would call up Barrack Obama, he added, “‘Oh, Mr. President! We’ve got to get Justin Bieber out! Record sales are going down!’” And the president is like, “’Send in the Marines!’ Everyone would love him. His re-election would be assured.’” [RELATED: Video could show jailed Lamb of God singer’s innocence]

Lamb of God, four-time Grammy nominees, is also from Richmond.

Blythe was apprehended in Prague Wednesday, June 27, when the band arrived for its show schedules for the next day, the first show there since a fan was fatally injured during a Lamb of God show two years ago. Blythe is accused of causing the fan’s head injury, reportedly by pushing him offstage.

Since his detention, videos of the that show and the footage purporting to show the incident in question, have circulated on Youtube.

Brockie said the video he’s seen is totally innocuous, typical of fans being pushed off of stages by band members and security teams.

Brockie added that he’s done what he sees Blythe doing many times during his long career.

“Slam dancing has been established for so long now, everybody knows the rules. No one is surprised when they see it any more.”

Brockie believes “Randy is obviously being accused of something by people who understand nothing about what’s going on. I mean, when someone walking in off the streets and sees a slam pit and a metal band like Lamb of God is playing, yeah, they’re going to go, ‘Oh my God!’”

For him and many others, it’s not just the strangeness of the accusation, but the fact that Blythe has been detained a week and counting, even after making a $200,000 bond Tuesday. He could be held another week or longer, according to news reports out of Prague.

“It’s like, it takes 10 days to process a bail request?” Brockie said. “I mean, what are they working with, clay tablets, or something? You know, ‘Let’s get some pack mules and send the clay tablets over to the Minister of Fuddy Duddery.”

Along with being a singer, Brockie is something of a comedian, for a time appearing on Fox and Friends in character as the outrageous Oderus Urungus, commenting on the issues of the day.

Lamb of God and GWAR have been close since L.O.G. formed (initially as Burn the Priest) 22 years ago. Both bands took root in Richmond because members attended Virginia Commonwealth University, the birthplace of numerous Richmond-based groups.

Blythe and other members of L.O.G. were there for GWAR when that band’s lead guitarist, Corey Smoot, died unexpectedly from heart problems last November, Brockie said. He praised Blythe’s “big heart” and said he would never do anything to harm anyone.

Randy Blythe’s plight could be worse. The Czech Republic reformed it’s judicial system significantly eight years ago in order to gain admittance to the European Union. Apparently some of the delay is the court figuring out how to make sure this foreigner will be in Prague for further court proceedings.

The Free Randy Blythe movement is gaining momentum across the country.

Locally, a 1 p.m. Sunday picnic on Brown’s Island has been organized by one of Blythe’s many friends to turn up the volume on the situation.

Brockie believes the volume would be way up already if Blythe wasn’t in a metal performer, which he says gets little respect – very similar to comedies in the movie business.

And yet, heavy metal has been a large and consistent draw around the world.