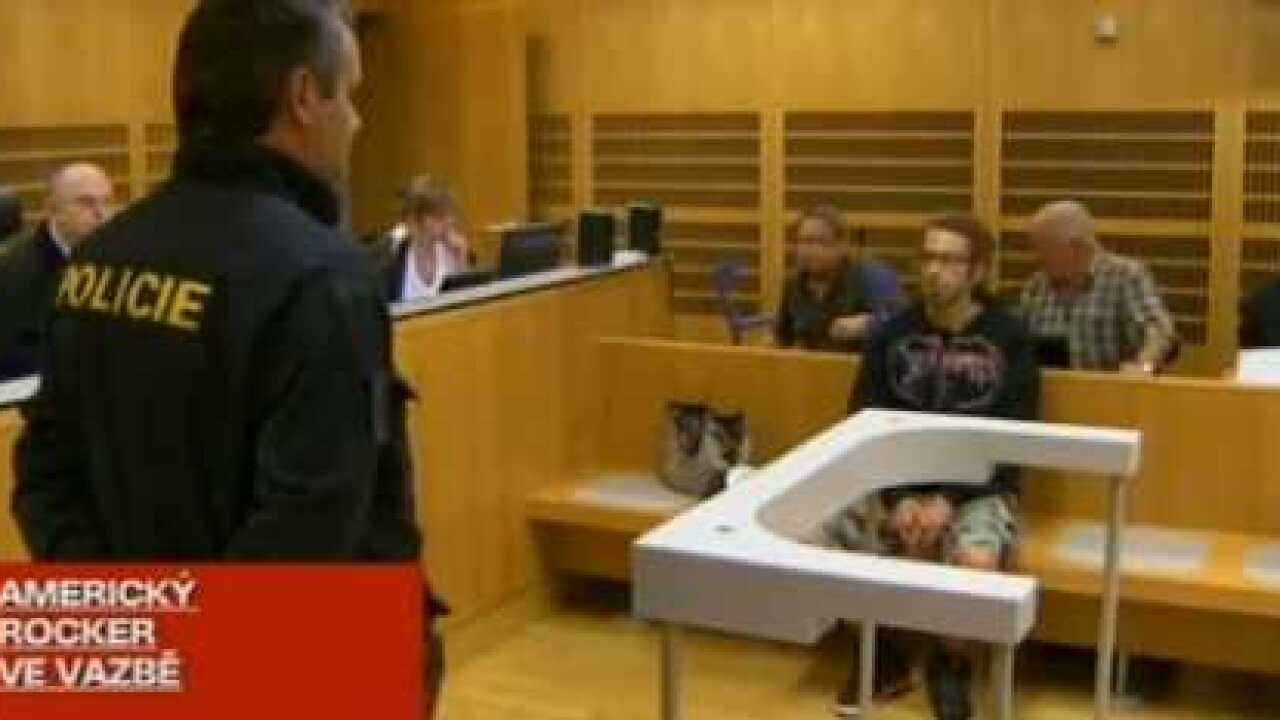 RICHMOND, Va. (WTVR)—Many fans of the Richmond based, internationally-known band Lamb of God question why the lead singer remains jailed in the Czech Republic.

Randy Blythe, the singer of the Grammy nominated heavy metal band was arrested at the airport when the band visited Prague for a show last week. He has been jailed since Thursday the 28th.

The BBC reports that Blythe, 41, has been arrested and charged in connection with the death of a fan who suffered injuries that led to a coma after a May 24, 2010 show at Prague’s Club Abaton.

Band representatives said that he faces “bodily harm of 4th degree and resulting in the death of a fan,” which could carry a prison term of 5-10 years if convicted.

Numerous outlets report that the judge ruled the singer a flight risk and set his bail at four million Czech korunas, which is slightly less than U.S. $200,000 dollars–and what he makes in a year.

Reports out of Prague say the prosecutor in the case actually has the power to approve or deny accepting the bail, despite the fact that Blythe paid the money on Monday.

The prosecutor reportedly has three days to enter evidence and make a final decision, but since Thursday and Friday are public holidays in the Czech Republic, the Lamb of God front man could be held until at least next Monday. Blabbermouth reports that the deadline for the prosecutor to make a decision regarding a possible release is Monday, July 9.

A video has surfaced that allegedly shows the concert in question. There are varying reports if this is actually the Prague 2010 show. Spin says it isn’t, but other websites say it is.

It’s difficult, due to video quality, to tell for certain if the outfits, stage, and crowd in the video match photos dated from the concert, which were posted on a news site in 2010.

That site reported that Blythe was aggressive, saying (the Czech translation is rough) that “another thing that struck was the singer's behavior Randy Blythe, who several times threw off quite brutally fans from the stage.”

The outfits do appear to match though.

In the video a fan can be seen climbing on stage three times. He jumps once, is pushed off another time by a security guard, and the third time it appears he slides off, hitting his head on the security gate.

The fan, reported by several media outlets as Daniel N., died fourteen days after a brain hemorrhage sent him into a coma.

Tonight CBS 6 spoke with Jason Fisher, who has written for the metal website The Gauntlet for 16 years. Fisher said he has confirmed that the name of the alleged victim is Nosek.

Fisher said that stage diving is allowed at Club Abaton. He said that security allows kids to get up on stage, but they have to dive down right away. Fisher explained that it also isn’t custom to get up there three times.

CBS 6 asked if he thinks the band had heard of the death prior to returning to the Czech Republic. He is under the impression that the band was never told.

“I’ve been doing this 16 years, and a fan dying at a show is huge news, I would have known about it, “he said.

Fisher said that two months after Daniel N. died (almost three months after the show) the mother made an inquiry and the tour promoter was questioned.

Many questions remain in the case. When was Daniel N. admitted to the hospital? Who called the ambulance? How long after show was he admitted? Why did the band not know about the warrant? What was the role of security that night?

The band’s management representatives have not made updated statements about the situation as of midnight Tuesday.

Lamb of God’s management did issue a statement Friday, describing the arrest as part of an investigation and denying reports that Blythe assaulted the fan.

On Twitter, a hashtag is used to catalog the international tweets for Blythe’s release, it is #freeRandyBlythe. There’s a Free Randy Blythe Facebook site and a “Free Randy” t-shirt being marketed. Fans also said they will be wearing their Lamb of God t-shirts on July 4.

The band returned home after the three remaining shows cancelled. One was in Prague, the other two were festivals, one on Friday and one Saturday.