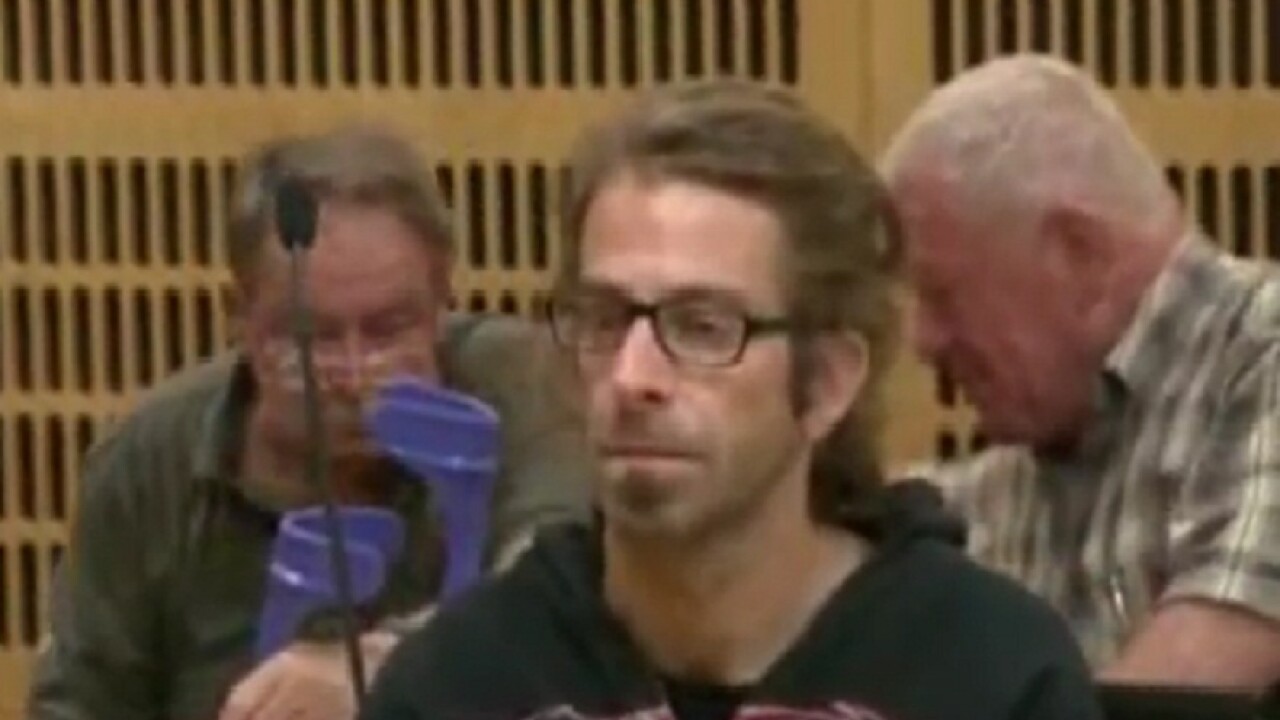 RICHMOND, Va. (WTVR) - Members of Richmond’s internationally-known heavy metal band Lamb of God have reached home in Virginia, except for singer Randy Blythe, who, according to several reports, remains locked up in a Czech Republic prison, and could for 10 more days.

Blythe faces a charge that he fatally injured a fan during a 2010 concert at Prague's Club Abaton. Band representatives said that he faces "bodily harm of 4th degree and resulting in the death of a fan," which could carry a prison term of up to 10 years if convicted.

The police were waiting for Blythe when he returned to the city for Thursday’s show at the Rock Café in Prague.

A court was set to rule on Saturday on whether to continue his detention. Numerous outlets report that the judge ruled the singer a flight risk and set his bail at four million Czech korunas, which is slightly less than U.S. $200,000 dollars.

It was noted  by the band that the amount was equal to his annual income.

According to the blesk.cz, Blythe posted the bail but must remain in the Pankrac prison for at least 10 days. Many outlets reported that the the only hold-up was the closed banks, but that Randy would then be freed when banks opened on Monday.

Judge Petr Fassati reportedly said, via Spin, that "There may well be certain conditions placed upon [the frontman's] release, such as staying in the Czech Republic, or the availability of a specific address. If the conditions are violated, it could lead to an international arrest warrant being issued."

As The Gauntlet New reported, in the Czech Republic a judge must still sign off on a release after bail is paid, and that process could take up to 10 days.

There were conflicting weekend reports that Blythe had been set free, which would have been quick action by Czech standards. Although it’s criminal justice and judicial system was reformed prior to its admission to the European Union eight years ago, long detentions without adjudication have been known to occur in the former communist block country.

On Twitter, a hashtag is used to catalog the international tweets for Blythe's release, it is #freeRandyBlythe.There’s a Free Randy Blythe Facebook site and a “Free Randy” t-shirt being marketed. Fans also said they will be wearing their Lamb of God t-shirts on July 4.

A Czech online news site, Aktualne.cz, has published statements from a witness – a friend of the victim – who said the fan wasn’t using drugs or alcohol and fell back directly on his head. The victim lapsed into a coma and died weeks later.

MTV reported that the Czech media identified the deceased man only as "Daniel N.," and said that he reportedly suffered a brain hemorrhage that left him in a coma which eventually resulted in his death 14 days after the concert.

Other published reports citing witnesses indicate differing amounts of contact between Blythe and the fan.

It’s unclear if investigators have any video of the incident. The show was filmed by several different fans, with some of the footage posted on YouTube. The below video has surfaced claiming to be footage from the evening, but Spin magazine said it isn't.

Several questions remain unanswered. Why did the band not know about the warrant? Why were they not detained once the victim fell into a coma? What was the role of security that night? Why has he been detained longer?

The band's management representatives have not made updated statements about the situation as of Monday at 7:30 p.m.

Lamb of God’s management did issue a statement Friday, describing the arrest as part of an investigation and denying reports that Blythe assaulted the fan.

Drummer Chris Adler posted this statement on a social media site: “It’s been a rough couple of days . All I can say is that I can’t recall that particular show let alone a fan being beaten on the stage. I think I would’ve noticed something like that considering the Dime thing.”

He was referring to the 2004 Ohio incident in which a crazed fan leapt onstage and fatally shot legendary guitarist Dimebag Darrell Abbott, who is best remembered for his playing with Pantera.

Adler also offered his condolences to the family of the victim, saying they had no idea what happened to him. “All we try to do is entertain; the fans are why we’re here. We would never try and harm anyone.”

Friends in Richmond are wishing Randy Blythe the best. (The band was formed here in 1990 when the members were students at Virginia Commonwealth University.) This incident comes as the 41-year-old Blythe was settling into a clean-living rhythm after two decades of drinking as heavy as his singing.

He spoke with Spin magazine earlier this year, citing the importance of family and priorities: "I always thought nothing could ever beat me. But drinking beat me into a state of submission."

Lamb of God plays high energy music, with lots of moshing in the crowd, which can appear somewhat out of control.

It’s a scene Richmond is known for around the world, with several other local bands like GWAR, Municipal Waste and Down To Nothing stirring up crowds in far-away lands.

Lots of musicians are watching this case, and not just because they like Blythe. Could they be held liable for the crazy things some fans do during their shows?