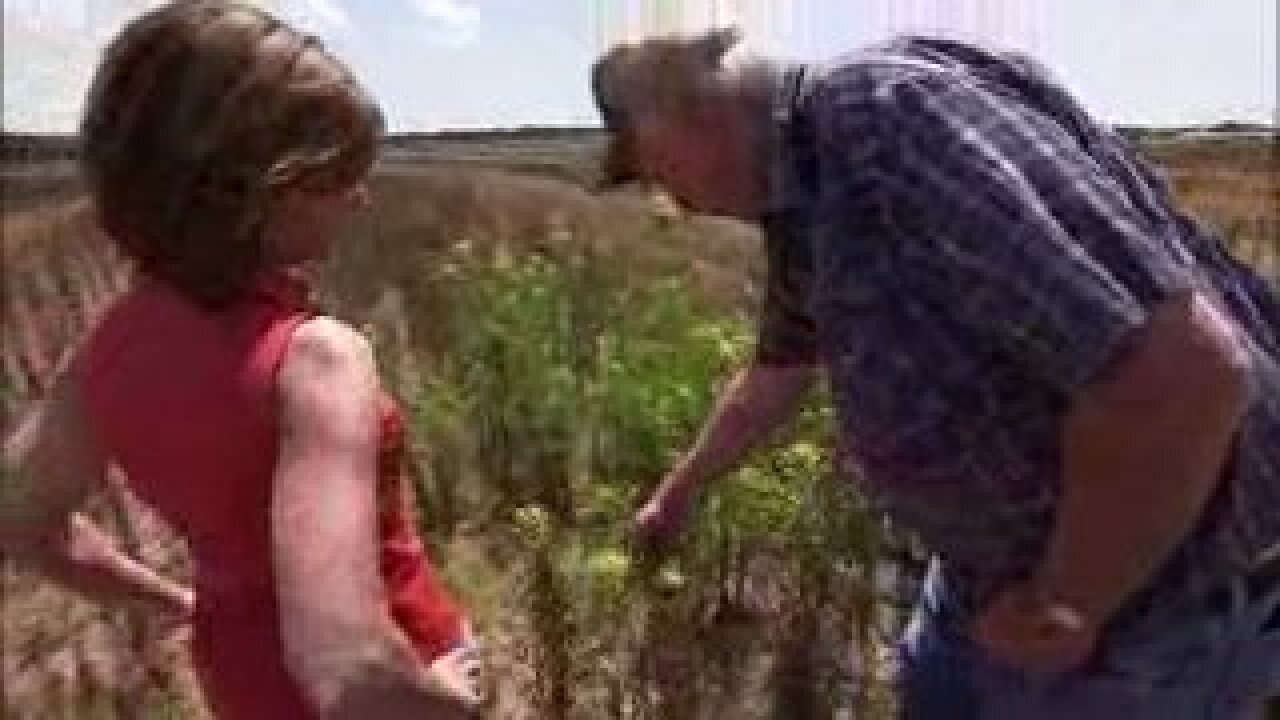 SEAFORD, Delaware (CBS News) - There is a controversy in the food industry over so-called "Agent Orange corn."

The genetically modified vegetable is protected from a herbicide that kills so-called super weeds, but is linked to the notorious "Agent Orange" used in Vietnam.

Many farmers are thrilled with the corn, but many critics think it will lead to more use of toxic chemicals.

Seventy-two-year-old Irvin Handy has been farming in Delaware his whole life. And that's meant a lifelong battle to kill enemy weeds, without killing his corn and soy crops. Handy has a consultant who advises him on an ever-changing chemical arsenal to keep the weeds at bay.

But like a lot of farmers, Handy has seen an incredible uptick in super weeds that just won't die since they are resistant to the chemical herbicides that used to work on them, like Roundup.

It is an expensive proposition when you look after 1500 acres Handy said he spends about $25 an acre to kill weeds.

In 1998, Delaware was the first place these super weeds popped up. Since then, it's been an epidemic as the weeds spread across the country, confounding farmers and costing them millions as they search for new weapons.

The weeds are so tough to kill that a leading weapon in the fight against them is an herbicide made by Dow called 2,4-D. It contains one of the components in "Agent Orange," which was used by the U.S. military in Vietnam and is notorious for links to cancer and birth defects.

Dow, which posted $1.8 billion in sales the first quarter of this year, says the herbicide is perfectly safe, citing numerous government approvals.

However, But what has ecologists and food safety advocates worried is any idea that greater amounts of 2,4-D could be used on American crops due to a new innovation by Dow: corn that's resistant to 2,4-D.

Right now 2,4-D can only be used on crops very early or late in the growing season - or it kills the crops along with the weeds.

But, Dow has developed a genetically modified corn called "Enlist", resistant to 2,4-D. That way the herbicide could be used all season long.

Those concerned about food safety are asking if this goes too far to stem the weeds.

Gary Hirshberg, who has built a $400 million organic dairy business without using herbicides, heads a group called "Just Label It." He says he is not against genetically modified food, but wants it to be labeled as such.

"We have no idea what the cumulative effects are… what happens when we're exposed to more than one or two or three, let alone thousands of chemicals?" said Hirshberg. "I think if the consumer understood the kind of chemical escalation going on out there they would absolutely demand something different."

Agent Orange was a defoliant used to decimate the southeast Asian jungles so the enemy could not hide. Because of 2,4-Ds links to Agent Orange, some opponents have dubbed the genetically modified corn "Agent Orange Corn."

Most experts agree the primary human damage from Agent Orange came from a different ingredient.

Dow says the comparison - and the nickname - are simply scare tactics, that the new 2,4-D is fundamentally different than the one used in Vietnam.

Still, the group Vietnam Veterans of America is stirring the pot. Last month, it wrote President Obama, urging him to look into how increased use of 2,4-D might affect people.

However, Dow says it's safe for people and "no herbicide has been more extensively studied." So far federal regulators agree; in April the EPA rejected environmentalists' petition to pull the 2,4-D from the market. And, federal approval of Enlist corn is pending…

"If it was harder I would find a way, but it is a lot easier with the chemicals that have been produced for us," said Handy.