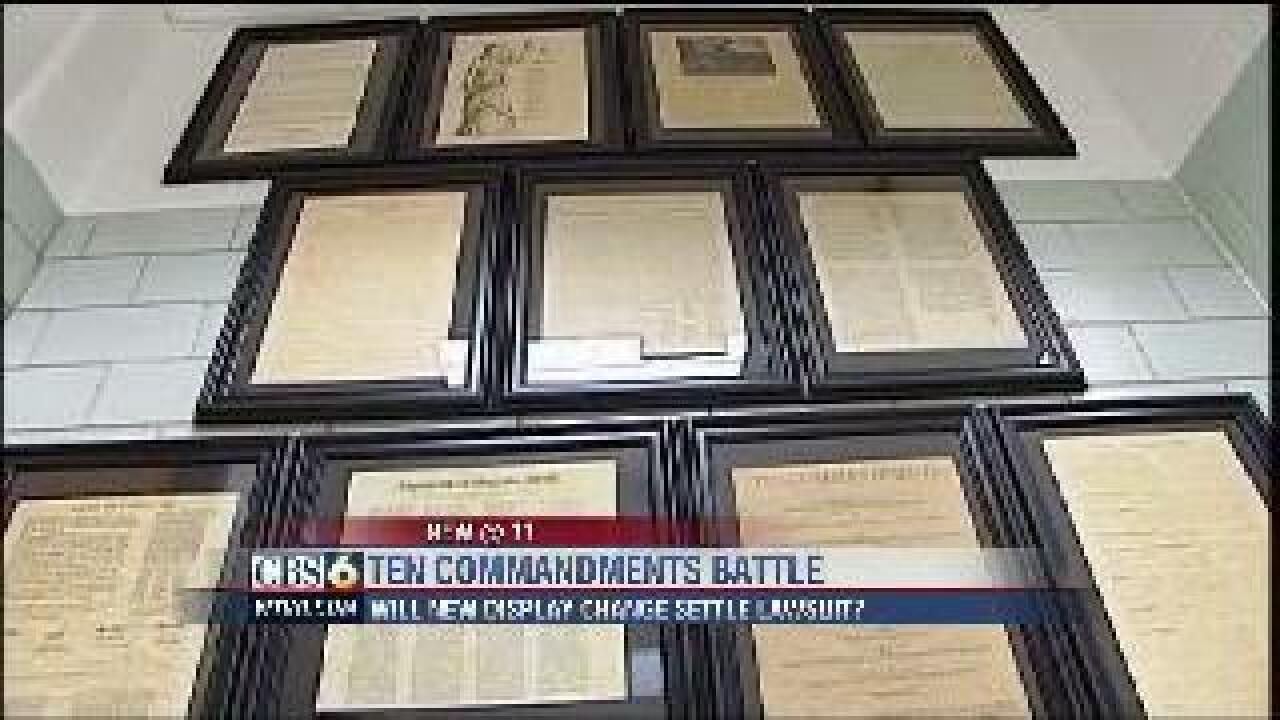 GILES COUNTY, Va. (WTVR) - There is a new twist in Virginia's Ten Commandments controversy after the high school involved has once again changed the display of the religious document.

“Well, I was surprised there was a change in the display,” said Rebecca Glenberg, attorney for the ACLU.

Glenberg's clients, a student and parent at Narrows High School sued the Giles County School Board last September, claiming the Ten Commandments document on display violated the separation of church and state.

Last month, when it went to court, U.S. District Court Judge Michael Urbanski  ordered both sides to reach a compromise, and even suggested possibly just posting the six commandments that don't mention God.

But even before a compromised was reached, the school board unanimously agreed on Thursday to swap out a page from the American history textbook,  for the text of the Ten Commandments.

Steve Crampton, the attorney for the school board, says this should not only satisfy the ACLU,  but it conforms to the suggestion by the State Board of Education: namely, that the Ten Commandments should be displayed temporarily for academic reasons only.

“The mediation I would suggest would have to take this set of circumstances into account,” he said.

“I haven’t seen it yet”, said Glenberg.

But Crampton argues Glenberg has seen it because it was included in the court documents.  Still, Glenberg wants to see the display in person.

“I really can`t say whether it`s a good or a bad thing until I’ve studied it more carefully and talked to the client,” she said.

Crampton says the school board is working on getting the new display up.