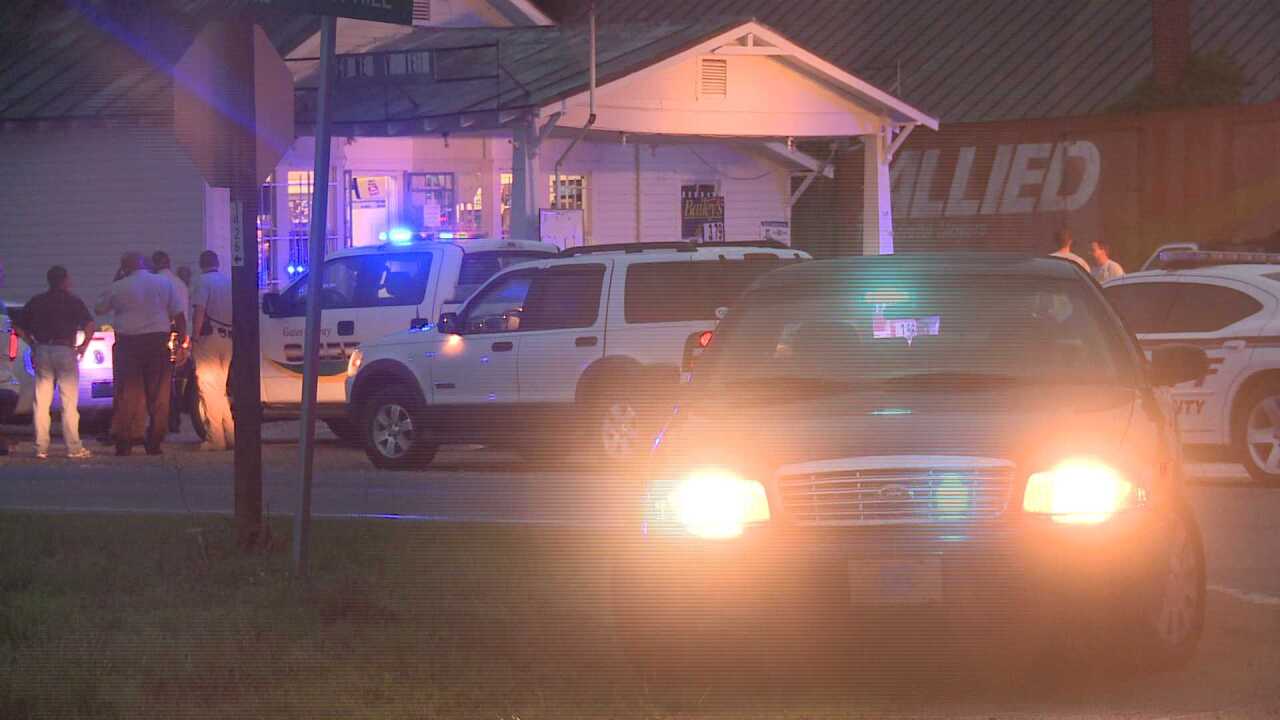 GATES COUNTY, N.C. (WTKR) – Two men are dead after they allegedly beat up and tried to rob the clerk at a general store on Acorn Hill Road in Hobbsville. N.C.

The victim is in the hospital for some pretty serious bruising.

Two men stormed into the general store around 6:00 p.m. on Tuesday.

They put guns in the face of the store owner and demanded money.

The clerk was hit with the guns and then kicked repeatedly on the floor.

That’s when police said he was able to grab a gun he had hidden underneath the register and he shot at the suspects.

One was hit in the stomach, his body was found near a red car.

The other ran away, but didn’t get too far; he died just a quarter mile down the road on Acorn Hill.

The sheriff’s office said the two robbers fit the description of a duo that’s been robbing Duck Thrus in the area lately.

They aren’t sure if they’re the same suspects.

Police have not been able to identify either of the robbers or find their getaway car.