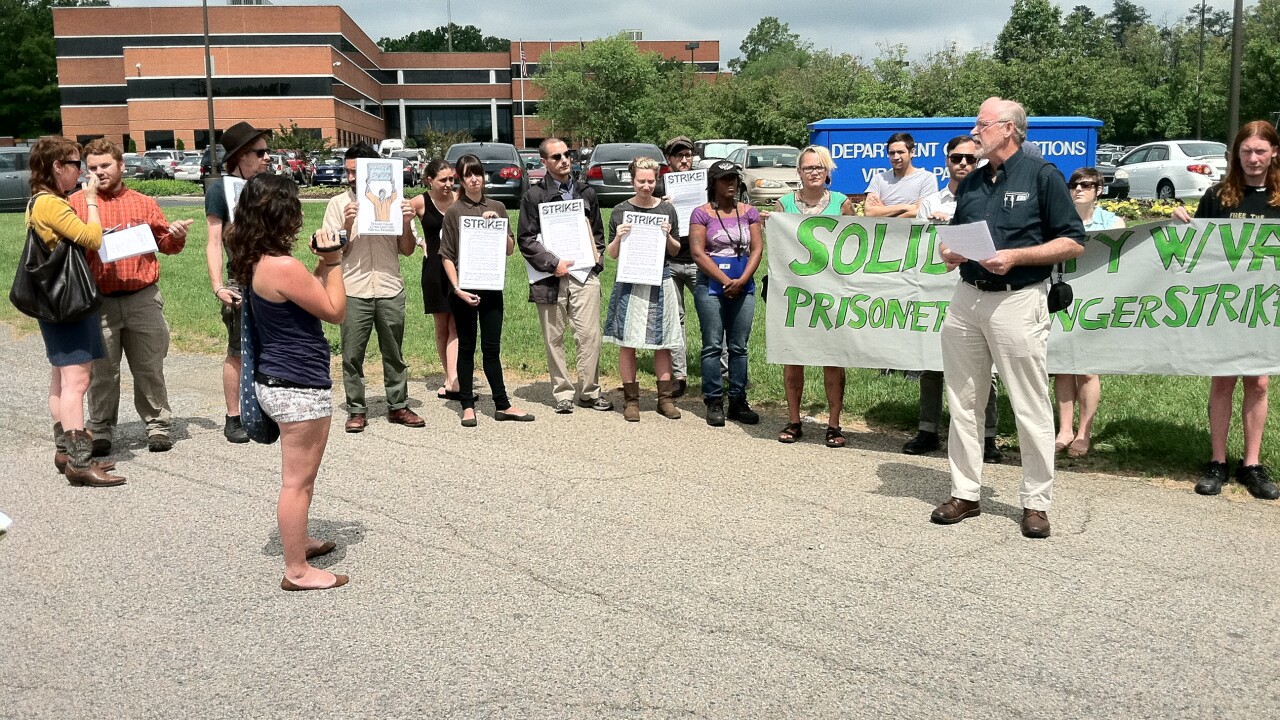 RICHMOND, Va. (WTVR) - A group of protestors announced they were standing behind as many as 45 prisoners at Red Onion State Prison who began a hunger strike Tuesday.

A statement released by one of the hunger strike representatives said, "Regardless of sexual preference, gang affiliation, race and religion, there are only two classes at this prison: the oppressor and the oppressed. We the oppressed are coming together. We’re considered rival gang members, but now we’re coming together as revolutionaries. We’re tired of being treated like animals.”

The inmates said the strike was the only way to get the attention of  Red Onion warden Randy Mathena. Strikers' demands include  fully cooked meals, clean cells, the right to be notified of the purpose and duration of their detention in segregation.

Located in Pound, Va., Red Onion State Prison opened in 1999 and houses around 800 inmates. It is consider a super max prison whose population consists of the "worst of the worst" inmates. [Read more]

Virginia Department of Corrections spokesman Larry Traylor said he was unable to confirm the hunger strike.

He added, "Red Onion State Prison has always operated constitutionally and has protected the 8th amendment rights of offenders, and has been nationally accredited by the American Correctional Association."