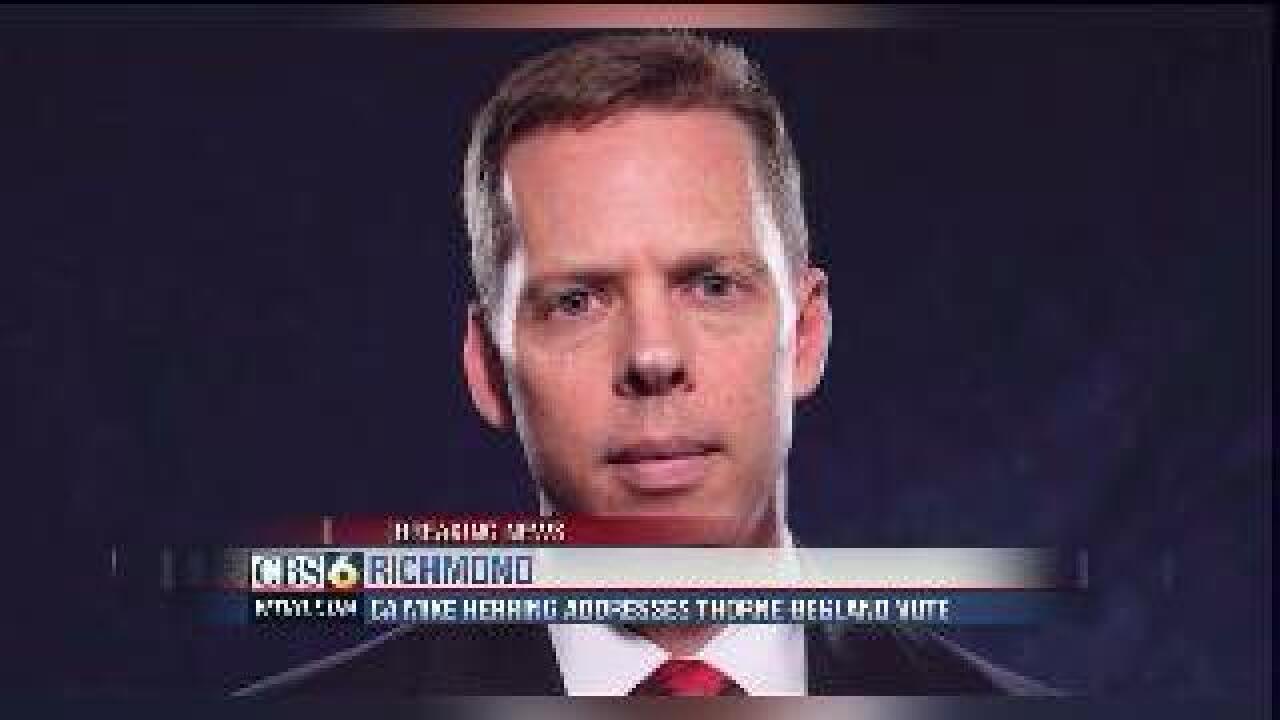 "It's not about whether someone is gay or straight, what it's about is qualifications to be a judge," said Democratic Senator Donald McEachin.

Tracy Thorne-Begland is an openly gay, chief deputy commonwealth's attorney in Richmond.  He was denied a judicial seat, following the extended legislative assembly.

Senator McEachin, a supporter of Thorne-Begland, says his commitment to his country and the courts should have been considered, not his personal life.

"They couldn't point at anything, except for the fact that he is in love and married to a man," said McEachin.  "It's homophobia at its worst."

But the man who sparked the controversy, Senate hopeful and Delegate Bob Marshall, has been outspoken about his disapproval of Thorne-Begland.

"We have to accept nominees to the bench who by their past behavior and actions in life are temperamentally suited to sit in judgement of their fellow citizens," said Marshall.

The vote from state lawmakers was reached at 1:13 a.m. on Tuesday, following hours of back and forth debates and discussions.

Thorne-Begland was voted down 33 to 31 with 10 abstentions.

Twenty-six House members, including seven Democrats, did not vote.  A minimum of 51 votes in the 100-member House was required for election.

"The Commonwealth of Virginia has a Constitution approved by the people of Virginia and they are the only one's that can make the determination," said Marshall.  "They decided in 2006 that marriage was an institution between one man and one woman and nothing else."

Thorne-Begland was one of 41 nominees for judgeship that the General Assembly considered Monday afternoon, into Tuesday morning.

"This isn't going away.  The issue of discrimination isn't going away," said McEachin.  "Those who voted against Tracy are on the wrong side of history, and we will overcome this. Virginia is better than this."

If Thorne-Begland would have received the necessary 51 votes, he would have been the first openly gay judge in the state.