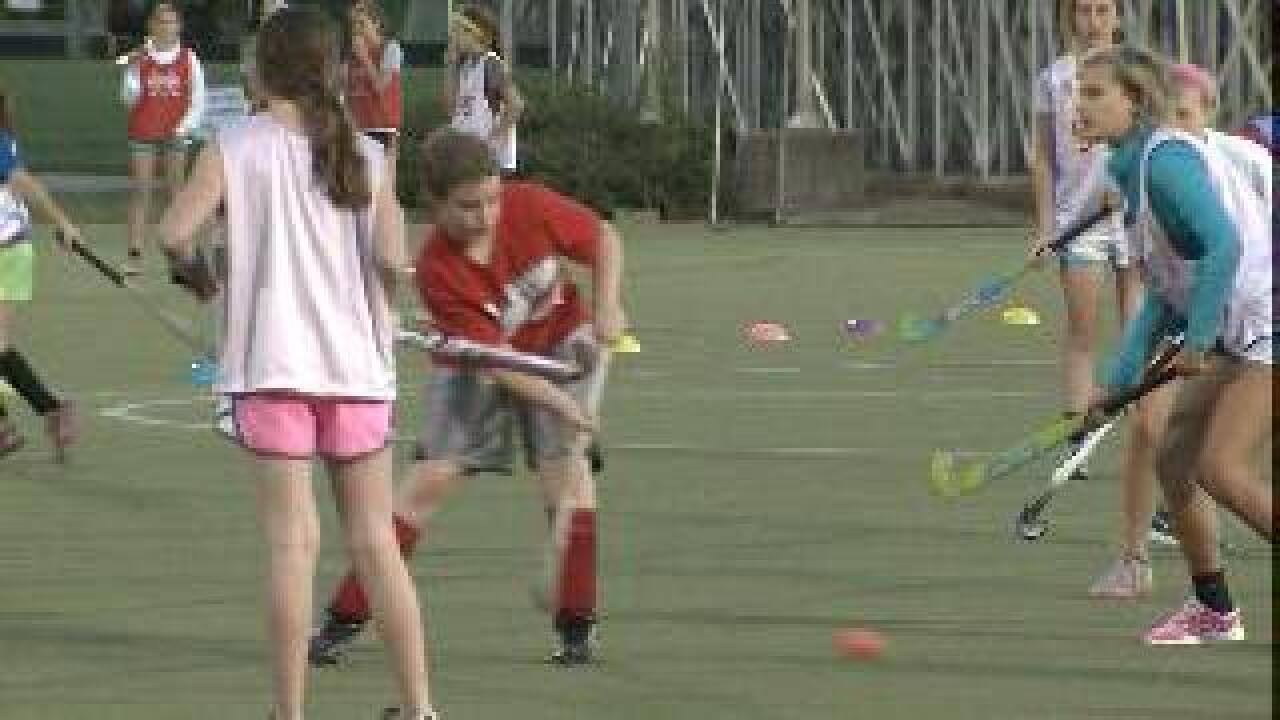 ST. LOUIS, MO (KTVI)– It is a battle of the sexes in one St. Louis area school district, but this particular scrap over gender equity in sports is the polar opposite of what you might expect.  Field Hockey, at least in this country, is considered a girl’s game.  So what happens when a boy wants to play?

That’s the situation for Matthew Bozdech.  The eighth grader stumbled into the sport at a young age.

“Matthew started playing in the third grade as an aside to ice hockey,” his father, Paul said Thursday night.

And while Matthew still plays hockey on the ice, he has found he prefers field hockey.  It’s a preference he’s maintained despite the fact that, according to his parents, he’s the only boy playing the sport regularly, every year, in the entire Midwest.  He’s a lone boy in a sea of girls.

“At first it was a little weird,” he said, “because being a guy you go more to guys for friends.  But now that I’ve played and really liked it and stuck with it I’ve made some friend on the teams.”

When he reached the eighth grade, he hoped to play on the recently formed team at Eureka High School.  He was told state rules wouldn’t allow it, but his dad asked if they could go to MSHSAA, the governing body for high school sports in Missouri, and ask for an exemption.

“I said well, let’s try for an appeal,” Paul said.  “They have an appeals process.  Lots of kids go through it.  We might not be successful but let’s give it a chance.  And I went in for a meeting with the athletic director, and he said, ‘we’re not even gonna appeal.’”

Rockwood School District officials say the reason they didn’t fight the battle was because the MSHSAA rules were clear on the subject.

“If we were to allow this young man to play on a girls’ team, it becomes a coed team, and when that happens it changes the competition for that team,” district spokesperson Kim Cranston said.  “They can only play against other coed teams.”

The Bozdechs say that argument doesn’t hold up.  They point to the countless cases of girls being allowed to play on high school football teams.  None of those teams have been declared coed, and they certainly haven’t been stopped from competing against “boys” football teams.

“It’s a one way street.  If the girls want to play they can,” Paul Bozdech said.

The family discussed the possibility of filing a lawsuit under the federal Title IX provision, which is designed to ensure gender equity in school activities receiving public funds.  Matthew was the one who put a stop to the talk.  He didn’t want to do anything that would adversely affect the girls already playing at Eureka.

Instead, he asked to be a manager on the team.  He thought he could shag balls and practice with the group.  School officials also said no to that, because he wasn’t in high school yet.

Asked what would happen if he shows up next year, as a ninth grader, Cranston said, “That’s entirely up to the coach.  The coaches select their managers.”

Matthew says he plans to be there.  Until then, he’s playing in non-school competition, and he’s learning more about federal Title IX regulations as an eighth grader than most people learn in their lives.  His assessment of what’s happening: