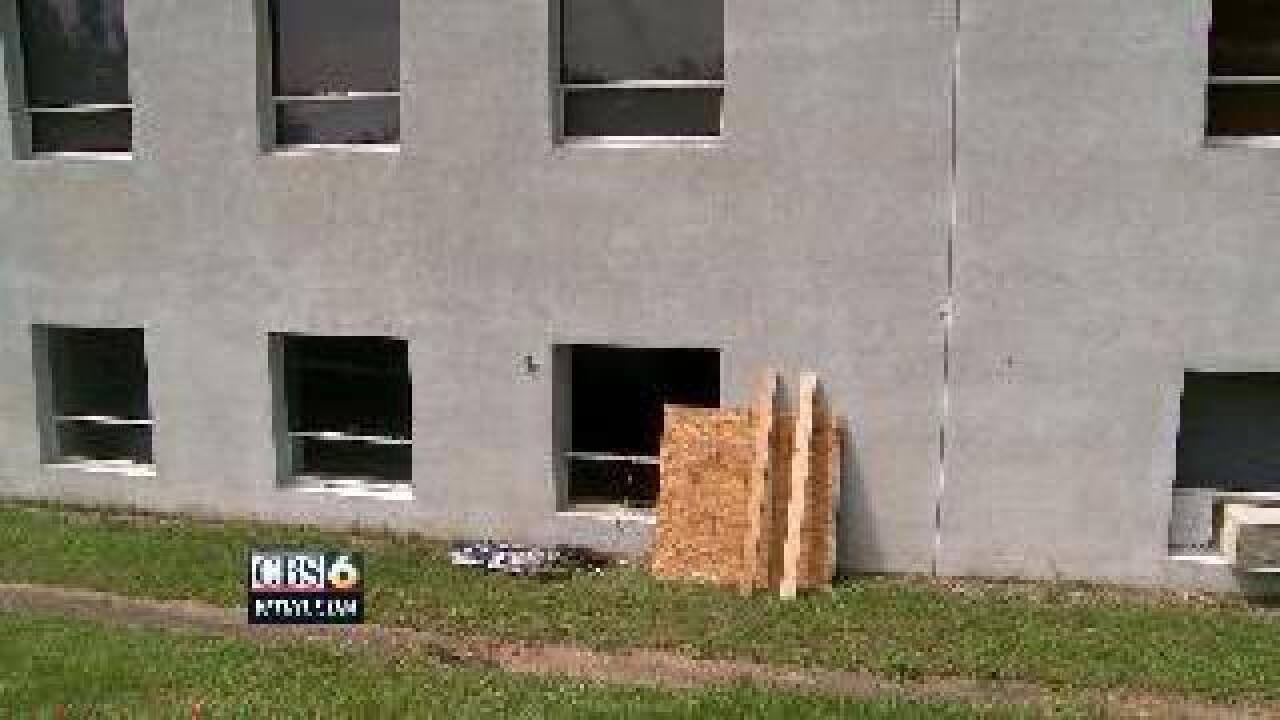 “Treasures gained by wickedness do not profit,” is part of a Proverbs scripture that a Chesterfield pastor  wants some thieves and vandals to hear after his church was vandalized for the third time recently.

There was no renovation underway Monday, just a repair job.

"It's frustrating to say the least, but I try to be positive," said Pastor Glenn Mason of the Emmanuel Restoration Church, as windows were being restored that have been broken out three times in the past month by someone using either a rock or a pole.

And that’s the least of Mason’s worries right now.  “At this point there's no air in any of our buildings,” he said.  “It was so humid on Sunday, we had to do it the old-fashioned way and break out fans."

That’s because five air conditioning units along the back of the sanctuary and education building were ripped out and removed from their concrete pads some time Saturday.

"I know it's hard times and people make decisions based on that,” said Mason.  “But it's not right to take other people’s property."

Mason says it’s not right to destroy other people’s property either.

Sunday after service he was visiting family in Charlottesville about a death and received the call that his church had been hit again.  “[They] took fire extinguishers and pretty much unloaded them throughout the building."

It’s got the pastor pulling the pin on new security measures at his church.  He says they’re adding a new surveillance system and will make sure to maintain some manpower on the premises during off hours, saying if divine intervention isn’t helping, then pastoral prevention can help harden the target.  "I buy into the theory that people will protect property if they are a part of it,” Mason said.

The feed wires to the air conditioning units were a clean cut, which leads  Mason to believe the crooks are well versed in heating and air work.  If you have any information that can help police, call Crimesolvers at 748-0660.