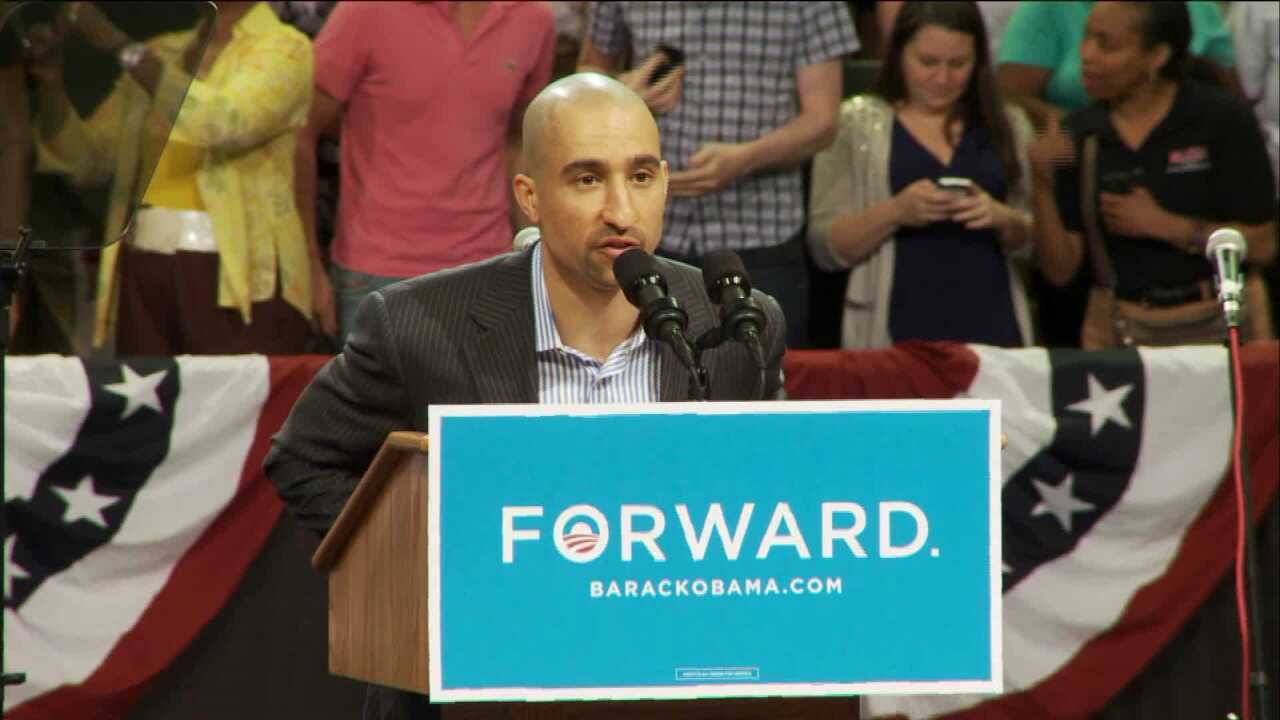 Smart served as host during the President's re-election campaign rally at the VCU Siegel Center Saturday afternoon in Richmond.

"They could have been anywhere in the country," Smart told the crowd. "But they choose to be here with us."

Smart said his wife helped the Obama campaign while the couple lived in Florida in 2008.

"I support President Obama because he is what a leader should be. He has a clear vision for the future, he posses unshakable character and he demonstrates a genuine caring and concern for the people he leads."

The videos for this story were contributed by VCU journalism students Amber Shiflett and Carliss Hardy, who are part of the “iPadJournos” mobile and social media journalism project, a cooperation between WTVR.com and VCU’s School of Mass Communications.