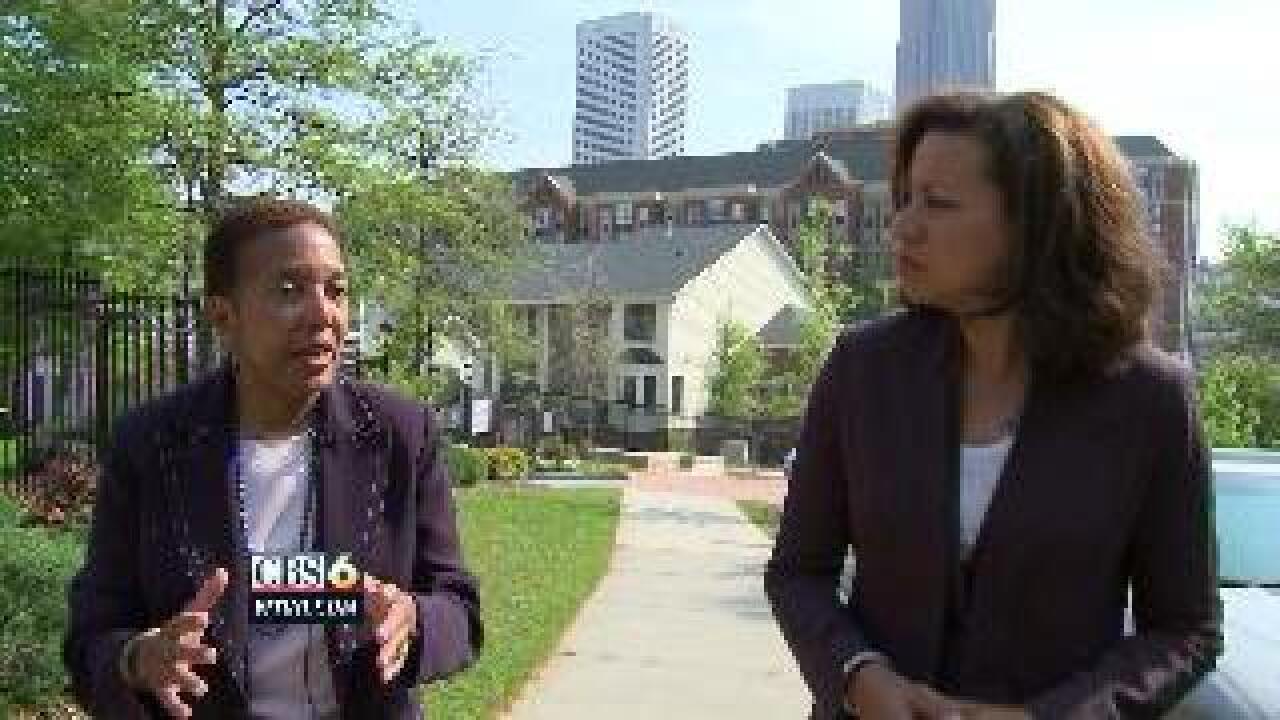 Editor's Note: This is part two of CBS 6 News Reporter Sandra Jones' investigation into possible changes for Richmond's public housing. Mayor Jones and his staff traveled to the city of Atlanta in December to see how that city transformed its public housing.  Click here for part one of the investigation.

The city transformed the decades-old homes into a mix of higher-rent and subsized apartments.

And it caught the eye of Richmond city leaders who want to duplicate the plan in an effort to reduce poverty and crime, while at the same time, creating jobs and improved education.

But some Atlanta residents living in the plush environments will tell you, looks are deceiving.

Bishop Roosevelt Kates spent 16 years in Atlanta’s public housing and was one of the people transferred into the new plan.

Kates, who once called the Martin Luther King Towers home, said he felt as if a part of himself was also ripped away when they were demolished.

Ever since Atlanta moved Kates into his new home, he says there's been one problem after another.

"We don't have bathtubs in here for seniors," said Kates. "We had our own association. We had more freedom than here. They had a social worker."

Kates’ questioned the lack of security and broken promises.

"Anybody can come in here," said Kates. "We don't have the activity.. [it] feel like you're mostly in prison.”

Reporter: "Does that scare you? Sure, it does because if I got real sick and they couldn't find me I'd be dead,” said Kates.

"We were the only community out of all the housing that was closed where they came and met with the leadership and the tenants,” said Sharon Collins, the former Mechanicsville Civic Association President. "We've lost a lot of Seniors from the community because they could go to other places and get the amenities they were promised."

After private developers took over, Collins said they changed the city's landscape -- and also also took away people's trust.

“If it had been my job, it would’ve been constantly put in front of them. That this is what you said you were going to do,” said Collins.

“We wanted to create a healthy community design where families could be part of mainstream America,” said Glover.

And Glover says the plan worked and has not seen any failures.

"People are in fact aspiring and wanting to do great things," she said.

"People look at what the Atlanta Housing Authority and what Renee Glover did as if it's some shining national example," said Cardinale. "But it's really a national Holocaust.” s

Cardinale, Editor for the Atlanta Progressive News Service, said the concept has failed and called the demolitions a disaster.

In fact, Cardinale helped many residents fight to keep their homes.

"They put a pretty picture on it and say we're so concerned about these people... 'we want them to get out of poverty.' But the result is you're just moving them from one place to another,” said Cardinale.

Jones asked Glover if she anticipated so much resistance?

“Change is always met with resistance, because people don’t know what’s going to be on the other side,” said Glover. "So, the resistance, in its own way, makes the whole process stronger and better.”

Not according to Community activist Dwanda Farmer. She says some people became victims of the process.

“Twenty percent of the people who lived in Public Housing were evicted without benefit of relocation,” said Farmer.

Glover disagreed with the allegations and said that everyone received assistance.

However, at that point of Jones' interview, Glover’s public relations representative tried do stop the interview and asked for the cameras to be switched off.

However, Glover allowed the interview to continue.

“They want to make it about the things that the public can grasp onto like crime and concentration of poverty and these things," said Cardinale. "But what it’s really about is developers wanting to develop.”

According to Atlanta’s Housing Authority, crime went down 90 percent after these new homes went were built. But one expert will tell you, that’s debatable.

Dr. Bruce Seaman, who has done extensive research on Atlanta’s new housing model and it’s impact on crime, said it is a mixed bag.

“Crime rates have gently been dropping across the city for many years,” said Seaman, an Associate Professor of Economics at Georgia Tech.

But other than crime dropping, Seaman said he has seen no real evidence that demolishing public housing has been good for businesses or homeowners.

“Some of the local businesses are not exactly great businesses. There are fast food restaurants," added Seaman. "We still do see a more questionable impact in terms of property values nearby.”

Still, Glover said quality of life in the new communities are "vastly better and families are by and large very happy."

Others like Kates disagree and believe they're left to simply make the best of the situation. “You had to let almighty God handle this thing.”

Stay with CBS 6 News for the latest updates and continuing coverage of this story.
Depend on CBS 6 News for exclusive investigations that impact Central Virginia.