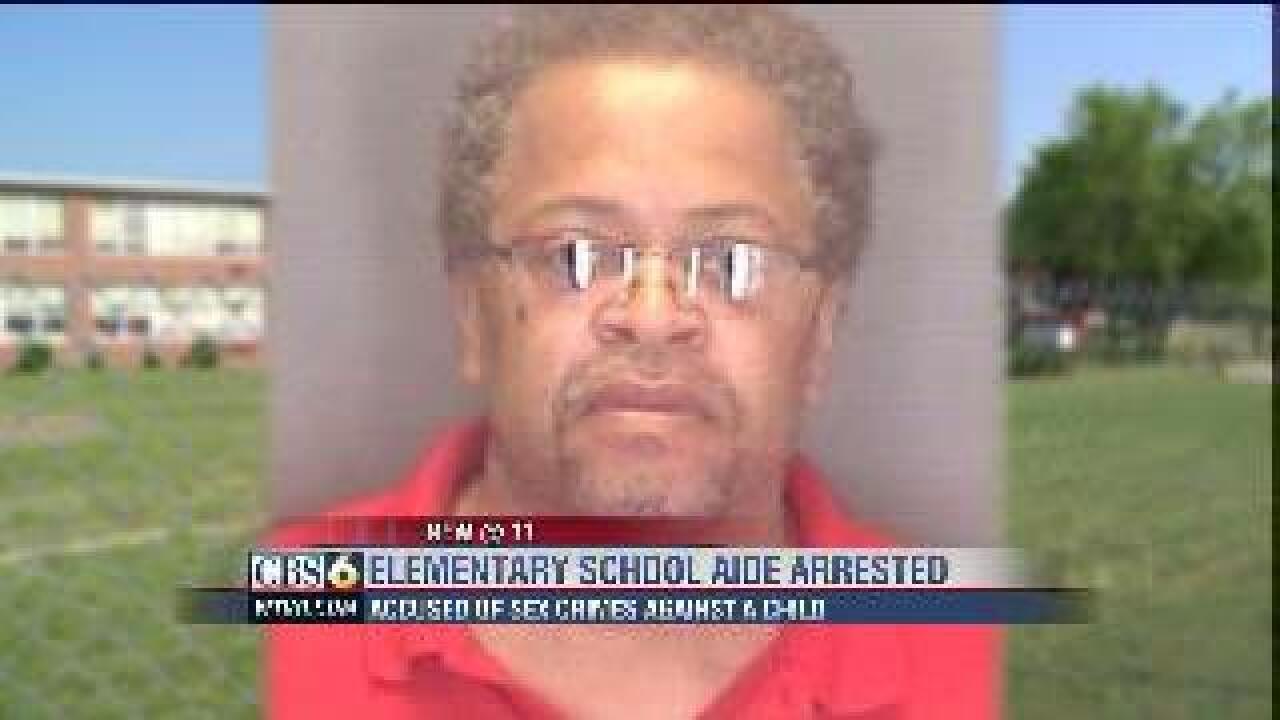 Alex Erby, an instructional assistant at G.H. Reid Elementary School on Richmond's Southside, is accused of taking indecent liberties with a minor by a person in custodial or supervisory relationship.

Erby appeared by way of video conferencing inside an Oliver Hill courtroom.  Judge Ashley Tunner officially charged him with the two felonies.  Long-time friend and fellow church member JD Lewis was shocked to hear the charges.

"I was in denial, I really was because we are talking about one of the pillars of the community," said Lewis.  "This is a great guy.  I love him like a brother."

School leaders would not say whether Erby is still on the job.  It is unclear if the alleged victims were one-time students of Erby.  The judge only acknowledged the accusers are children.  The first child said Erby committed the crime on or around February 13, 2012, and it continued for four days.  The second child said the indecent liberties happened on or around March 8, 2012.

School officials released a statement about the arrest saying that they do not comment on personnel issues – and that the case is in the hands of the commonwealth's attorney.