Can Richmond use Atlanta’s blueprint to change public housing? 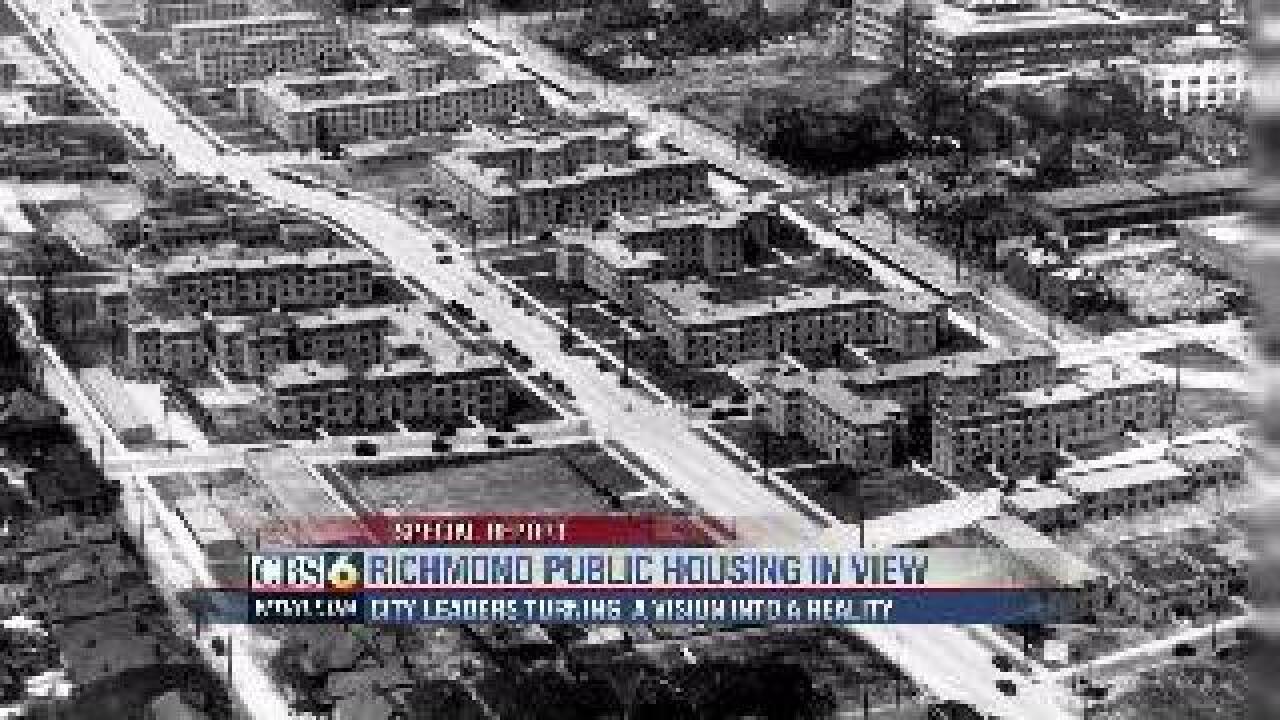 Editor's Note: This is part one of CBS 6 News Reporter Sandra Jones' investigation into possible changes for Richmond's public housing. Click here for part two of the investigation.

RICHMOND, Va. (WTVR) - In his State of the City address earlier this year, Mayor Dwight Jones highlighted his plan to change the face of Richmond’s Public housing.

In preparation, Mayor Jones and his staff traveled to the city of Atlanta in December to see how they did it. Four months later, CBS 6 Reporter Sandra Jones also visited the city and spoke with Atlanta’s housing authority.

In 1995, Atlanta, a city known for its historical fabric – it’s called the “Black Mecca of the South,” chose to cut the supportive but entangling threads of public housing.

Atlanta was the first city to build public housing developments, and the first to tear them down.

In the heart of Atlanta’s downtown was one of the toughest neighborhoods, Techwood Homes, established in August of 1936. Five years later, the neighboring Clark Howell Homes were built.

Although, like some Richmond housing communities, Techwood was intended to eliminate the slums that the poor had been living in but, eventually, became one itself.

"I was born and raised here in 1977,” said LaChina Parks, who lived in Techwood Homes until she was 18.

Her memories of that time are flashbacks painted with violence and drugs all around her…people dying.

"I was ready for a change even though this was home,” said Parks. “They had started knocking buildings down for the Olympics."

Doors started slamming shut 60 years after they first opened because the city was chosen to host the Olympics.

The city spent millions removing the public-assisted housing. The Atlanta Housing Authority started tearing down the properties to make way for a mix of higher-rent and subsidized apartments. The area, as a nod to the Olympic games, became known as Centennial Place.

Renee Glover, the CEO of the Atlanta Housing Authority, is the brainchild behind the multi-million dollar project, which was funded by both federal and private investments.

"We wanted to create a healthy community design where families could be part of mainstream America,” said Glover, by de-concentrating poverty and improving quality of life.

Glover described kids living in public housing as traumatized, and she said the schools were just as bad.

"No student who lived in this community during its 60-year-history ever crossed the street to go to Georgia Tech,” said Glover.

It appears, at least by testimony, that the eventual success required a completely razed patch, a totally clean slate from which a new beginning would spring.

Former Atlanta School Board member Dr. Norman Johnson said that things began to change after the city demolished the housing communities and its embedded schools.

He said that 114 kids from the new Centennial Place started kindergarten at the newly built school.  Then 89 of those kids graduated from middle schools, and 79 went on to graduate from Atlanta’s High Schools. Of that number, 49 students are now enrolled in four year colleges.

The storied transformation, 17 years later, is one that Richmond leaders want to write for the city. If the City of Richmond duplicates Atlanta’s public housing plan, how would people living there now be moved out?

"I would say that it certainly has worked better than anything else that has ever been tried,” said Hope Bolden,CEO, Integral Youth and Family Project, LLC.

Over a five-year period, Bolden and her team relocated 50,000 people.

"Many of our residents not only had not worked, but didn't have the skills or the training to work,” said Bolden. Bolden said they had to learn to how to write resumes, respond to interviews and land and keep jobs.

"I've always wanted to come out.  I'm not afraid of change,” said Cynthia Watkins, who grew up in the McDaniel Glenn public housing community, 15 minutes from the city center. Her community was demolished, but she eventually returned as a homeowner.

The single mother and grandmother qualified for down payment assistance.

"They give you opportunities where you can go to school,” said Watkins. “It’s up to you to take it and go forward with it.”

Parks also went back to her old neighborhood in Techwood Homes. "You could look at the community and say this is somewhere I want to live,” she said. “That was the benchmark.”

Atlanta spent millions of dollars to tear down the units, and replace them with what they call communities. Then the recession hit, and it hit hard.

The money dried up and developers pulled out, leaving open spaces scattered throughout the city, and people slipping through the cracks.

Did the Atlanta Housing Authority over promise and under-develop?

“Oh no, we were looking to deliver on one principle commitment and that was to create opportunities,” said Glover, “so that families could have great affordable housing and healthy communities.”

Many residents believe that changing the face of public housing has a made a difference in their lives.

“I probably would’ve lost my son because he was friends with a lot of the guys that was killed in the community,” said Watkins.

“Sometimes, you have to make changes to get something better,” said Parks.

Clearly, for some, the process of changing the face of public housing in Atlanta proved to be a positive experience.

But that wasn’t the case for everyone.  In fact, some say it was a disaster.

Many questions remain. Where does the money come from to handle rewriting the future for so many residents? And is the system truly different at its core, or just a re-booted version of individuals still dependent on assistance?