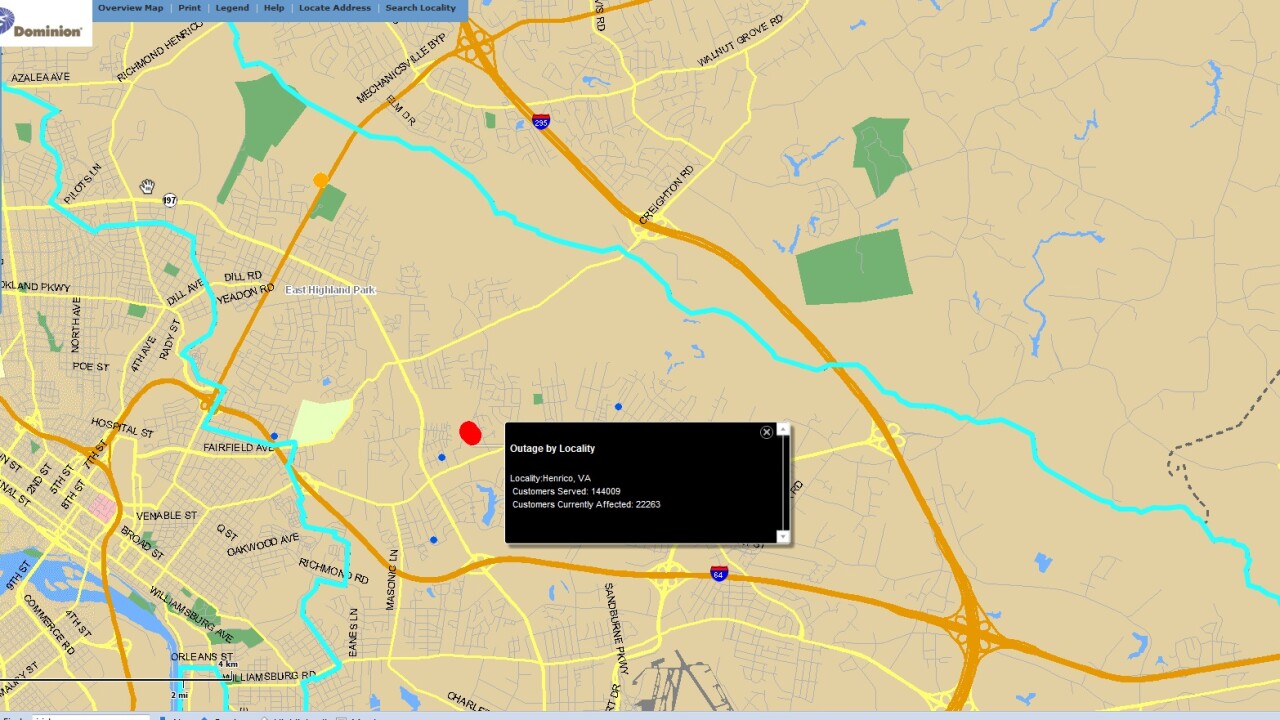 RICHMOND, Va. (WTVR) – Dominion Virginia Power said snakes were to blame for two Tuesday night power outages across Central Virginia, knocking out power for about 40,000 plus.

The first outage occurred around 8:30 p.m. in Henrico’s West End, off River Road. According to Dominion’s website about 10,000 customers lost power when a power substation suffered an equipment failure.

Just before 10:00 p.m., Dominion had determined a cause. The power company put the blame on a snake.

It was a snake! River Rd outage in #RVA. Continuing to inspect for damages to restore to service to everyone tonight. #thankyou

At 1:00 a.m. on Wednesday, Dominion provided another update:

Last update for the night.I just talked to operations and they are hoping to have all service restored around 1:30 am. The cause, (and I know this is going to sound crazy since we had the exact same thing happen earlier) was a snake. The snake was on a substation breaker that caused the equipment failure. Thanks to everyone that reached out tonight.

As of 7:45 a.m. around 500 customers remained without power in Central Virginia, according to Dominion’s website. The areas with the most outages are south of the James River in South Richmond and Chesterfield County. It is not known whether a snake was responsible for these outages.

We asked Dominion for a picture of the snake, but there was none, and the spokesperson let us know that if there had been a photo, that it would be pretty graphic.

The warmer over the past couple of days must be making snakes more active.

“I do not recall ever hearing of two issues involving snakes,” said Dominion spokesman, Karl Neddenien.

Primarily, squirrels are the little rascals that trigger the response within substations that is similar to a circuit breaker tripping in your home.

“We have not yet found a way to design a substation to avoid animal intrusion,” said Neddenien.

Applause for the funniest tweet of the night regarding the bizarre circumstance goes to: