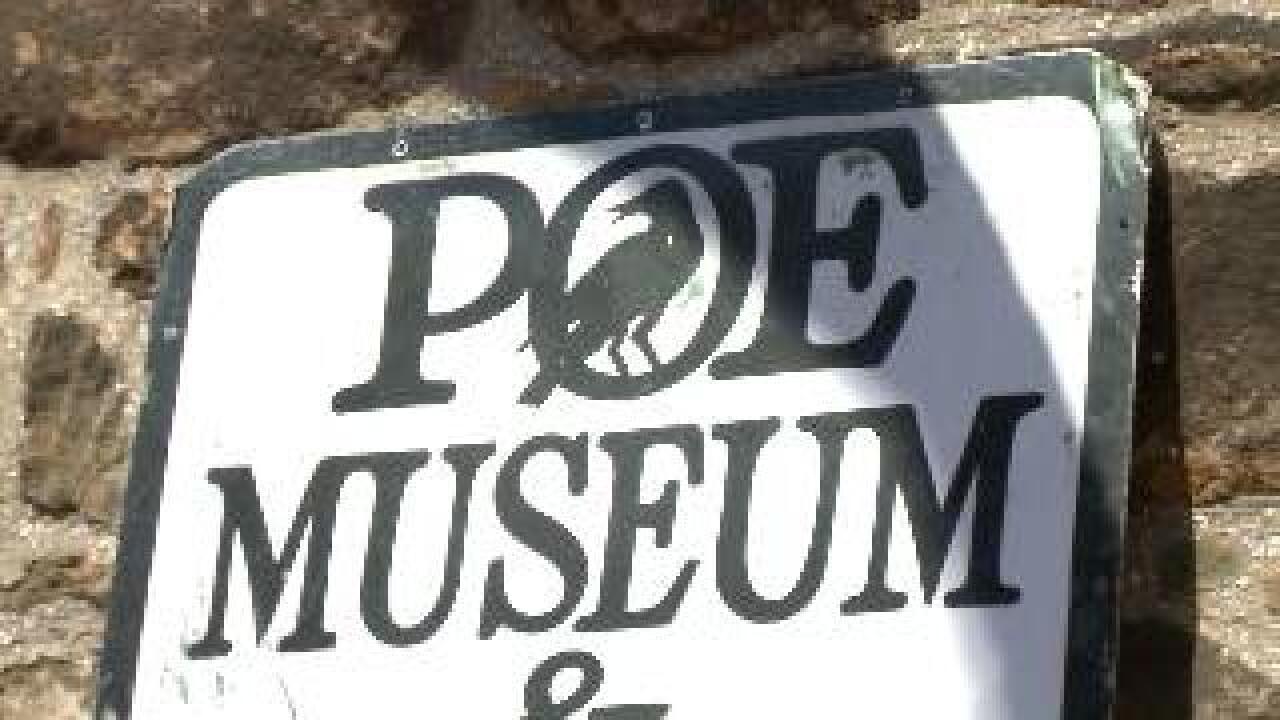 RICHMOND, Va. (WTVR) - It’s no mystery. Like ravens, 20,000 Poe fans flock to the place dedicated to the writer. The Edgar Allan Poe Museum is celebrating 90 years in Richmond’s Shockoe Bottom.

“It was in Richmond he wrote the beginnings of his first novel.” Chris Semtner of The Poe Museum says, “A lot of our visitors are coming from England, France and Germany. Poe did a lot of his early writings right here in Richmond.”

Tourist Jeannmarie Bronson is visiting The Poe Museum from Augusta, Georgia. She says, “I wouldn’t begin to explain the popularity worldwide of Poe. It is always great coming here.”

The writer of all things macabre spent much of his early days in Richmond working, falling in love and honing his literary skills. You can find many places in Richmond linked to Edgar Allan Poe. Like a house on West Grace Street, called Talavera, where Poe gave the last private reading of the Raven just days before his death.

But a neighbor to our north claims Poe as their own too. Jeff Jerome, curator of The Poe House in Baltimore, says Poe lived, died and is buried in Charm City. [BONUS: Author talks about new Edgar Allan Poe book on 'Virginia This Morning']

“Baltimore is of course the Poe capital of the world. Poe is timeless he always will be,” says Jerome. “Everything about Poe just grabs me. And he’s been grabbing me since 1977.”

Poe’s life is getting another look in the new flick, The Raven, starring John Cusack. Now with a major motion picture hitting the big screen Poe is thrust in the spotlight. Introducing a new generation to the writer.  The film is set in Baltimore. Which might jumpstart an old tug of war and beg the question, “Just who does Poe belong too?”

We called in Poe expert and distant relative, Dr. Harry Lee Poe to settle the score. Poe says any rivalry is as fictional as his cousin’s writings.

“His stories survive simply because he wrote so well,” says Dr. Lee. “Yes, Richmond can lay claim to Poe but Poe belongs to the World.”

Curator’s of both Poe museums agree, there is plenty of Poe to go around.

Chris Semtner, with The Poe Museum in Richmond says, “We think Poe doesn’t belong to one town. He is too big for that.”

“While in a good natured fun We battle each other and are fighting the good fight,” proclaims Jeff Jerome from Baltimore. “We’re promoting Poe and we’re pushing Poe and it’s working!”