MARK HOLMBERG: Wealthy Richmonder was one of the most remarkable and mysterious Titanic survivors 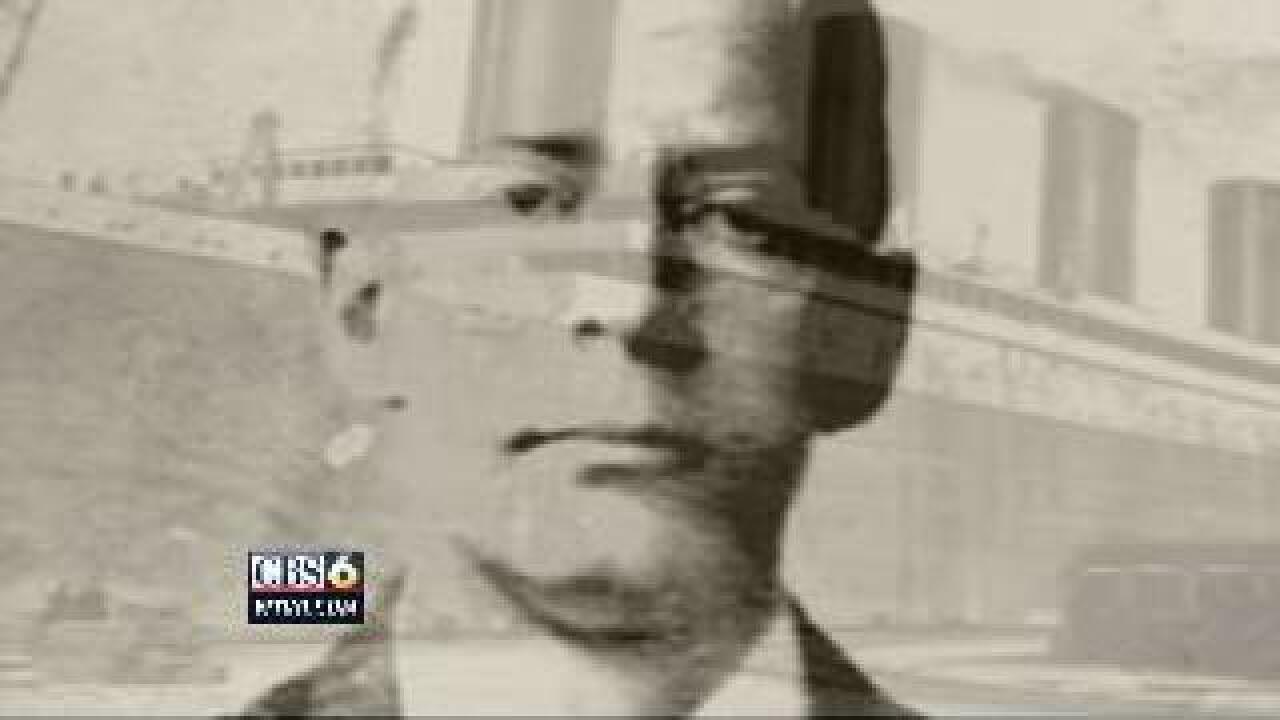 RICHMOND, Va (WTVR)- Richmonder Robert Williams Daniel, one of the 710 or so survivors of the Titanic, is buried in a vault in Hollywood Cemetery, Section L, lot 53.

He reportedly wore scars on his face from the men who fought and bit and struck one another like madmen as the lifeboats were filled.

That’s just one of the legends (likely exaggerated) surrounding the rescue of this wealthy banker who came from a prominent Virginia family.

Many have written or spoken of his ordeal. But Daniel himself never did, despite urging from his own son and the local Richmond newspaper.

Indeed, his survival is one of the most remarkable of that freezing night. He was just one of 13 who lived after jumping into the frigid Atlantic. He waited until the last minute before plunging in, swimming with all his might to escape the pull of the sinking monster, according to one historical reports.

Virtually everyone else who leapt or fell into the icy water died within minutes.

“He had been a student at UVA,” said Dr. Nelson Lankford, vice president of programs for the Virginia Historical Society. “He was very athletic. He was a good swimmer.”

Daniel was one of many of the super-wealthy in first class for the Titanic’s much-heralded maiden voyage.

His great-grandfather, Peter V. Daniel, was an Associate Justice of the US Supreme Court. His great-great-grandfather, Edmund Randolph, was the first Attorney General of the United States and Secretary of State, according to his Robert W. Daniel’s New York Times obituary.

Daniel was on his way to Philadelphia from England. He paid a whopping 30 pounds.

“Family lore has it that when he was last seen on board the Titanic he was just wearing pajamas,” Lankford said. “But when he was picked up – he was picked up from the water alive, barely alive – he had no clothes. And no identity. So it took a while for the rescuers to figure out who he was after they brought him back fully to consciousness.”

According to family lore, Daniel was rescued by the “Unsinkable Molly Brown” (activist and philanthropist  Margaret Brown of Denver) in Lifeboat 6. But there’s no record of him being in that boat. Some records list Daniel among the passengers in Lifeboat 3, others don’t.

It’s a mystery, one that Daniel wouldn’t, or couldn’t, answer.

“In an article written in 1993 by his granddaughter,” Lankford said, “she said he never talked about the Titanic disaster because, after all, he was a man,  28 years old, a very athletic and healthy man who survived, and the whole thing about women and children first was a stigma. So he never talked about it.”

Daniel would go on to become a state senator. He bought Brandon, a legendary Virginia estate on the James River. He reportedly asked the leaders of the Brandon Episcopal Church to never play “Nearer, My God, To Thee,” often cited as the last song the string band played as the ship sank.

But that, too, is open for debate, as is so much surrounding one of the world’s most-talked about disasters.

Robert Williams Daniel would live another 28 years. He died on Dec. 20, 1940, the day the  German bombers slaughtered scores of innocent people in air raid shelters in Liverpool – the registered home port of the Titanic.

Click here to see all of Mark Holmberg's reports from CBS 6 News at 11 p.m.