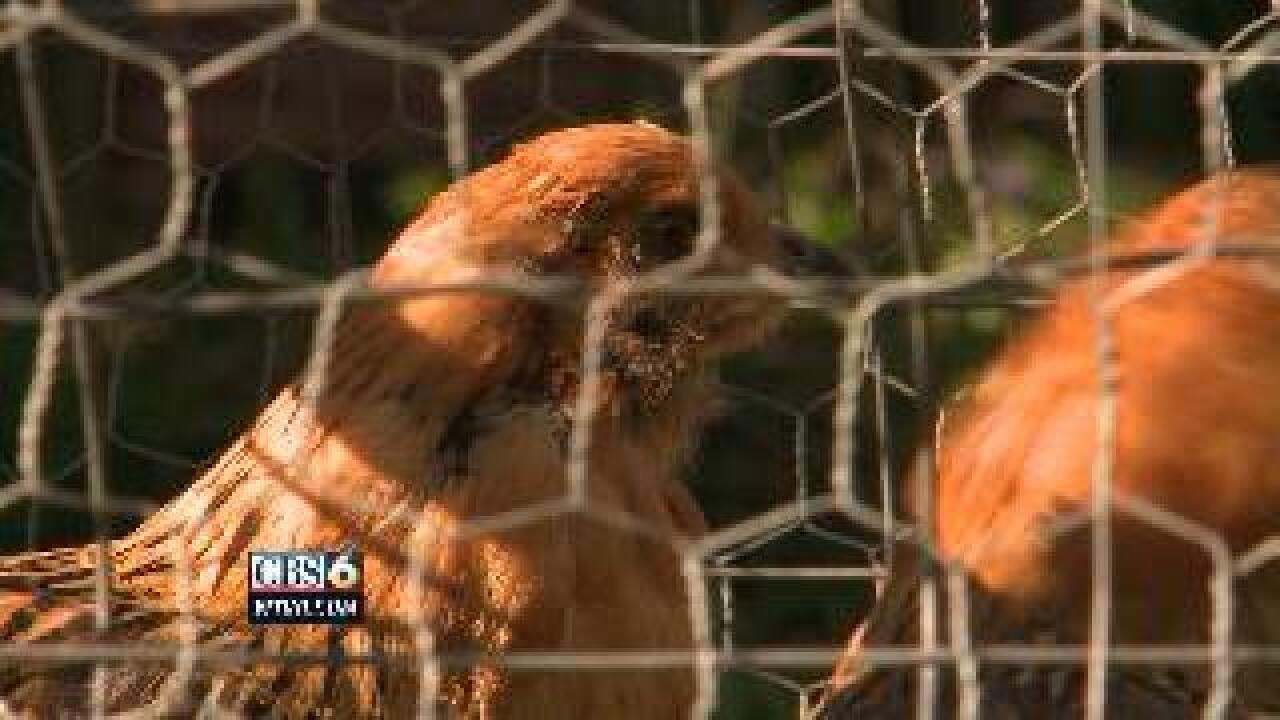 EDITOR'S NOTE: The following is a Mark Holmberg report and commentary.

HENRICO, Va. (WTVR) Britta Cruz doesn’t look like a lawbreaker. She’s a mother, a lover of nature and the environment. But she has been issued a citation and she’s facing fines from Henrico County if she doesn’t get rid of her backyard chickens.

Cruz said her neighbors were fine with the family chickens. She has even shared eggs with them.

“There has not been a single complaint,” she said as she leafed through the signatures and statements of support from her neighbors.

A building inspector checking storm damage repairs reported the hens, and now she has until the weekend to get rid of them.

Two years ago, Cruz and her family moved here from Chicago, where chicken keeping is legal, without restrictions, within the city limits.

Once in Virginia, the family intended to keep a few backyard hens for “health reasons, environmental reasons and to support sustainable living , which is an important part of our family values.”

Copeland Casati and her family kept chickens in her backyard for the same reason.

She fought Henrico’s poultry zoning long and hard in their West End neighborhood just on the Henrico County side of the city line.

They’ve had enough, and are moving.

She said there have been plenty of advocates and volunteers working to convince city and county officials to change the zoning to allow for small flocks of hens. But even though there seems to be support, the zoning hasn’t changed.

“Chickens are on the forefront of sustainability,” Casati said as her two children played with their pullets, which they’ve named after types of food.  “The improve the soil, they reduce pests and they provide connections to nature for urban children with the added benefit of eggs.

“We basically would have to have five lots surrounding you,” Cruz said.

Both jurisdictions require the poultry to be kept in enclosures.

These two families are part of a vast national sustainability movement; an urban and suburban lifestyle that some might mistakenly call a “trend.”

They argue, correctly, that green-minded and hip cities across the country welcome backyard chickens.

“Atlanta, Austin, Raleigh,” Casati said. “Ten minutes away in Ashland, an hour down the road in Charlottesville.”

We’re not talking about monster flocks with crowing roosters. We’re talking a half-dozen hens that coo and, sometime around mid-morning, cluck a little to announce they delivery of their eggs.

Casati notes that many cities have embraced the movement, holding “coop tours” that showcase the efforts of the chicken fanciers.

You can find out more about the local efforts to adjust zoning by going to the “Chickunz” Facebook site.