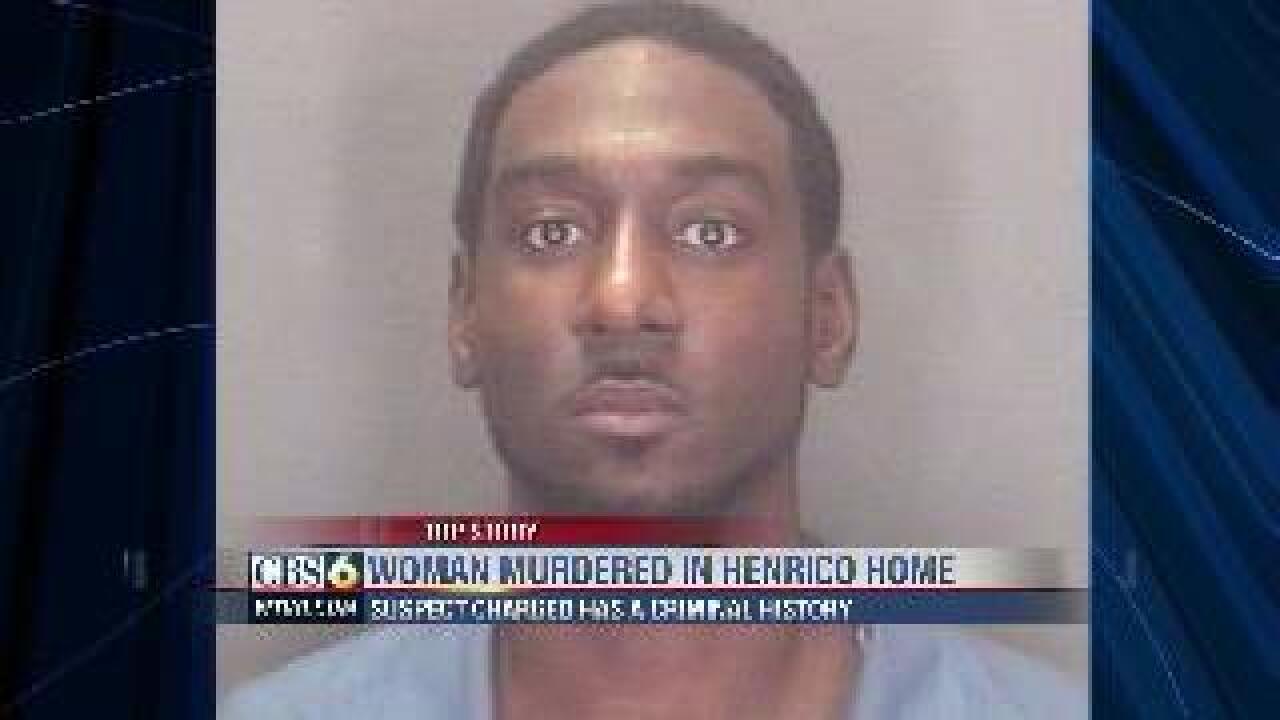 HENRICO COUNTY, Va. (WTVR)  - Freddie Cephas,  37, was arrested and charged with first-degree murder after a woman was found stabbed in her home in Henrico Monday.

Police were called to a house around 7 p.m. Monday by a relative who was concerned by lack of recent contact with their loved one.

When police responded to the 6100 block of Varina Point Lane, just a few miles east of Rockett’s Landing they found the home owner, Hazel Jackson, 58, stabbed to death inside a bedroom.

Neighbors who live near Varina Point Lane claim that very little disturbs the peace in their quiet community.

"It's strange, it's just not like this area," said neighbor Jeff Glidden.

Police arrested Cephas and charged him with first-degree murder. This isn’t Cephas’ first time in jail either.

He is deaf and has spent much of the past decade in and out of jail.

His charges have ranged from arson, to robbery to drug possession to larceny.

They span over several jurisdictions and resulted in multiple jail sentences The most similar charge to the first-degree murder charge he now has, he faced in 2009.

It stemmed from an incident at a north Richmond home. His then girlfriend, Darlene Babb, claimed Cephas had stabbed her seven times after she refused to have sex with him.

The court file contains graphic photos of Dabb’s stab wounds along the left side of her body. He was charged with malicious wounding, but Richmond prosecutors later asked that the case be dismissed.

Prosecutors did not return calls today asking for an explanation of the dismissal.

Domestic violence victim advocates say they're saddened to hear of what should have been red flags about Cephas.

"I wish I could say it got easier to hear it, it certainly does not," said Angela Verdery of Safe Harbor.

Hazel Jackson had filed two emergency protective orders against Cephas in October of last year. Both expired within just a few days of being issued and were not renewed.

"We know there are many people who are suffering in silence and even those closest to them may not know what they are going through," said Verdery

This is the second domestic partner charged with murder in Henrico within two weeks.

"We definitely live in a culture that says we should stay out of it, this is their business," said Verdery.