Gas prices hit $4 a gallon, and many scoot toward better mpg’s 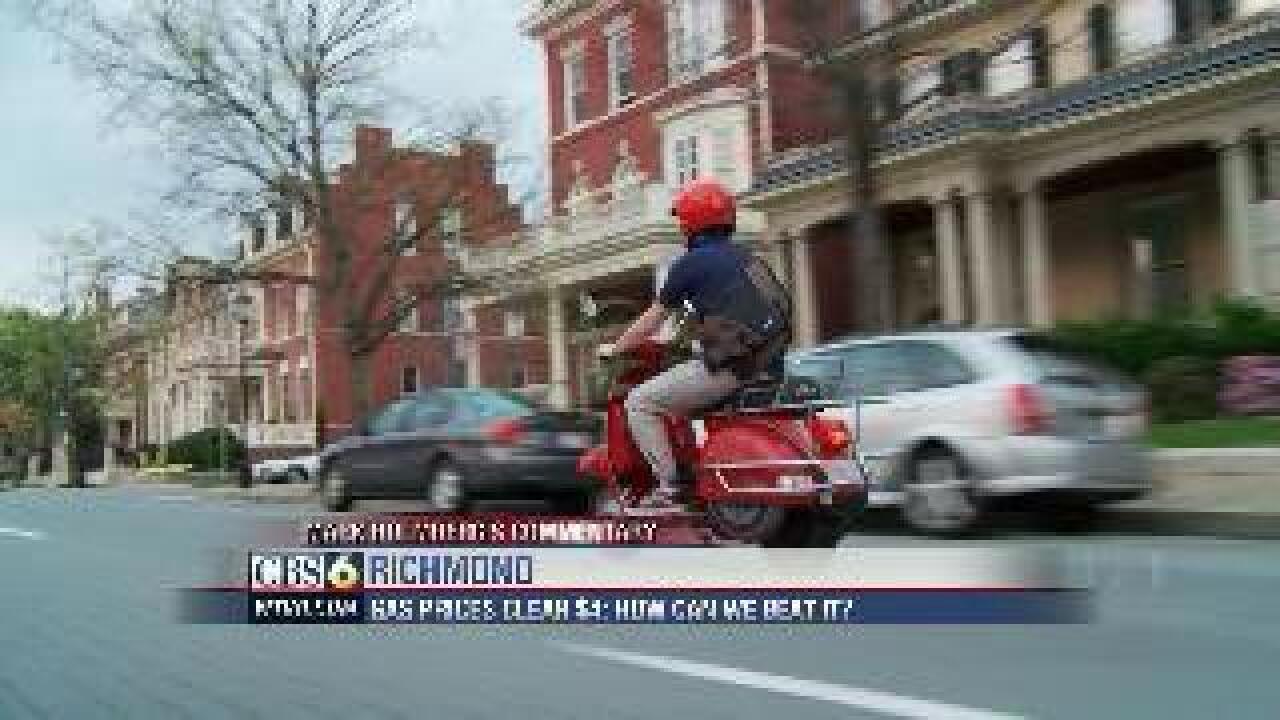 RICHMOND, Va. (WTVR) - As gas edges towards $4 a gallon for regular, why not go about 100 miles on that gallon?

That’s what you can get from modern scooters that really do scoot along, pollute less and are so much easier to park.

Once again, scooters sales are climbing with gas prices.

“We can spend money on advertising all day long,” said Chelsea Lahmers, owner of Scoot Richmond. “But the only thing that makes a significant difference in new customers is gas prices going up.”

Exactly ten years ago this Tuesday, Chelsea Lahmers started her Scoot Richmond business in a dark industrial basement off the Boulevard.

“There were no windows,” she recalled. “It was near the methadone clinic, a little frightening.

“If you think about it, a couple of years ago, if you saw one scooter a day, it was kind of amazing,” Lahmers added. “And you always knew who it was.”

She had no idea her how her business would grow.

Until the gas crisis of 2008, scooters and mopeds were a fringe business here, unlike countries in Asia or Europe where gas is more than two or three times the expense and scooters and mopeds fill the streets. Scooters overseas, especially in Asia, accommodate lifestyles in a way that is foreign to most Americans.

Scooters and moped sales went up 100 percent here in 2008, and 50 percent in 2009, according to the Motorcycle Industry Council. They dipped in 2010 with gas prices, but have risen again with the price of gas.

Now, you see scooters all over Richmond. And it’s not just college students.

Scoot Richmond, 10 years later, with a name and neighborhood change, is a vast complex with plenty of windows on Seventh Street in the Manchester district of South Richmond.

“It’s become a lot more accepted as a reasonable form of transportation,” Lahmers said. “And less as a toy, or something that people that couldn’t drive a car got, and that was it.”

Yes, riding on two-wheels is plenty dangerous. But it gets in your blood, whether it’s a scooter, moped, bicycle or motorcycle. You can see things, smells things, feel things you would miss otherwise.