Mayor Jones talks about bringing the Redskins to Richmond 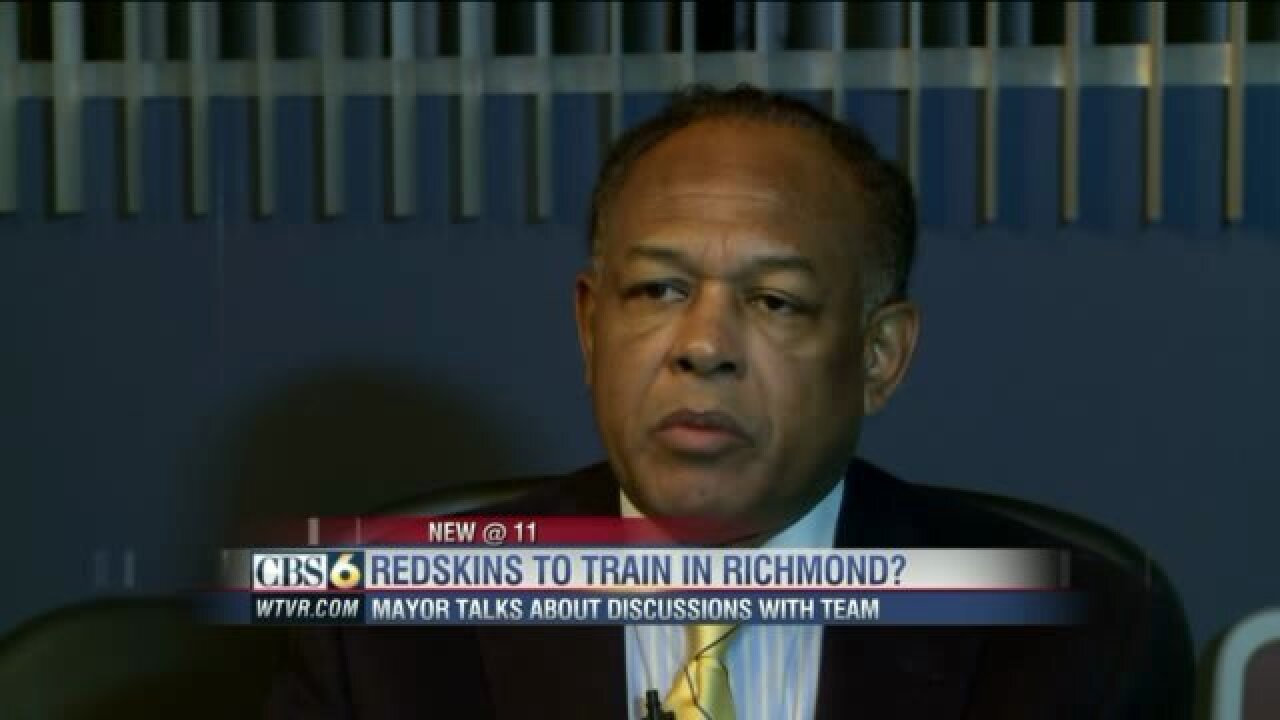 RICHMOND, Va (WTVR) - Will the Redskins relocate their training camp to City Stadium in Richmond, Virginia?

“What it does is bring a lot of flash to the city,” said Mayor Jones. “It gets our name out there. It builds on our brand. You know, with VCU being so successful, Richmond is becoming known as a sports place."

Mayor Jones said Richmond's City Stadium is on the table as a possible place for the Redskins to move their training camp.

The Mayor said a Redskins move to Richmond would help the city's economy.

“It's going to bring people in from all over the region to see the team play and that reverberates an economic impact for Carytown, hotels and restaurants," he said.

A Redskins PR rep told CBS6 a deal could be reached as soon as this Summer.