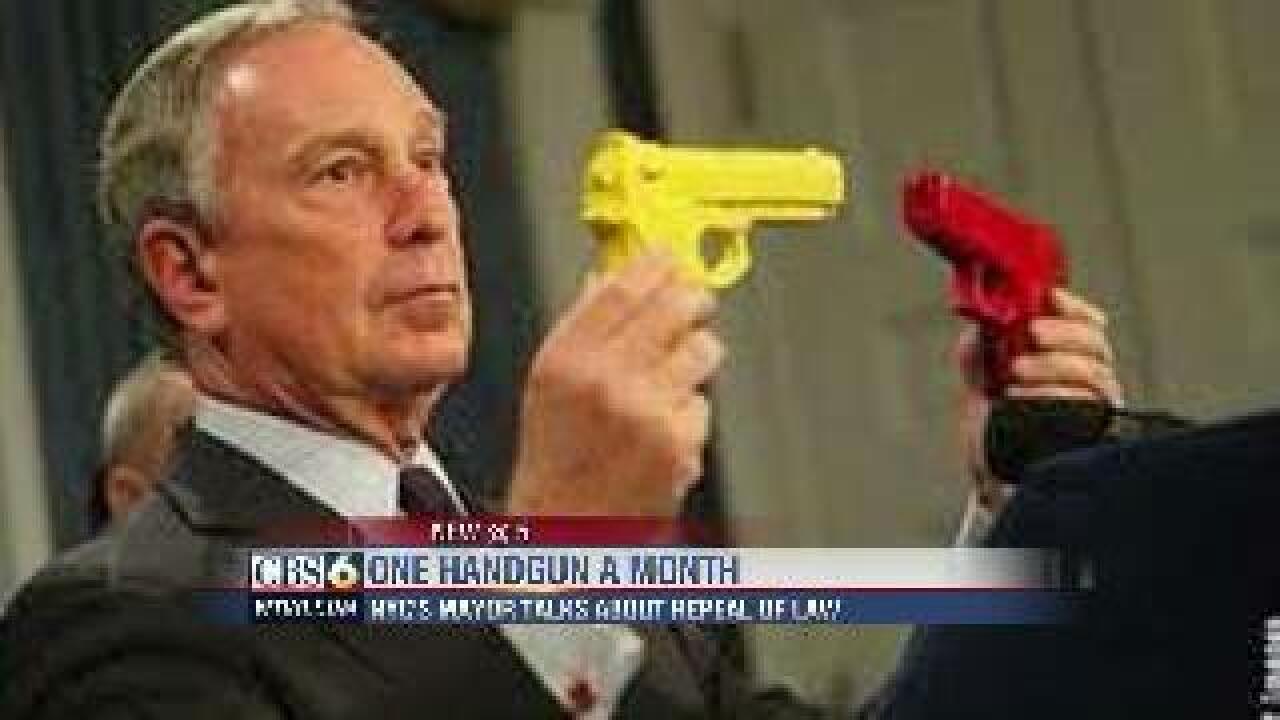 RICHMOND (WTVR) - New York City Mayor Michael Bloomberg has never been shy when it comes to climbing on his soapbox and taking aim at Virginia’s gun laws. [MARK HOLMBERG: Was the one-handgun-a-month law effective?]

In fact, Bloomberg said Friday that the one-handgun-a-month repeal is a big mistake.

One of the most high-profile critics of Virginia’s gun laws – rails against the repeal the “One gun a month” law.

Bloomberg said that guns bought in the Commonwealth are winding up in the hands of killers.

"Four attempts to kill police officers, one which was sadly successful - two of the four guns came from Virginia,” said Bloomberg.

The one-handgun-a-month-law had been on the books for twenty years before being repealed and signed into law last week. Bloomberg said he doesn’t know if the law even worked, but says erasing what he calls sensible laws could make matters worse on the streets of not just New York, but cities across America.

“I have an obligation to the people of New York to make it the safest place we can possibly make it,” said Bloomberg.

“I think he has higher aspirations and he doesn’t want to take the blame for his own problems in NY”, said Van Cleave.

Van Cleave said the repeal of the law is long overdue.

“As far as the One Gun a Month Law it was a law that never should have been put on the books,” Van Cleave lamented. “It was blaming Virginia’s lawful gun owners they had nothing to do with.”

However, Bloomberg said that something must be done collectively to get guns out of the hands of the people who shouldn’t have them.

As for critics who think the mayor shouldn’t concern himself with what goes on at the State Capitol? Mr. Bloomberg delivers a simple and stern message.

“Keep the guns coming to New York and you won’t hear from me in Virginia.”

Bloomberg vowed to keep fighting to rid the streets of New York of illegal guns no matter where they come from.

The Mayor said when something happens out of state and it starts affecting the people living in his city, that he has an obligation to get involved.