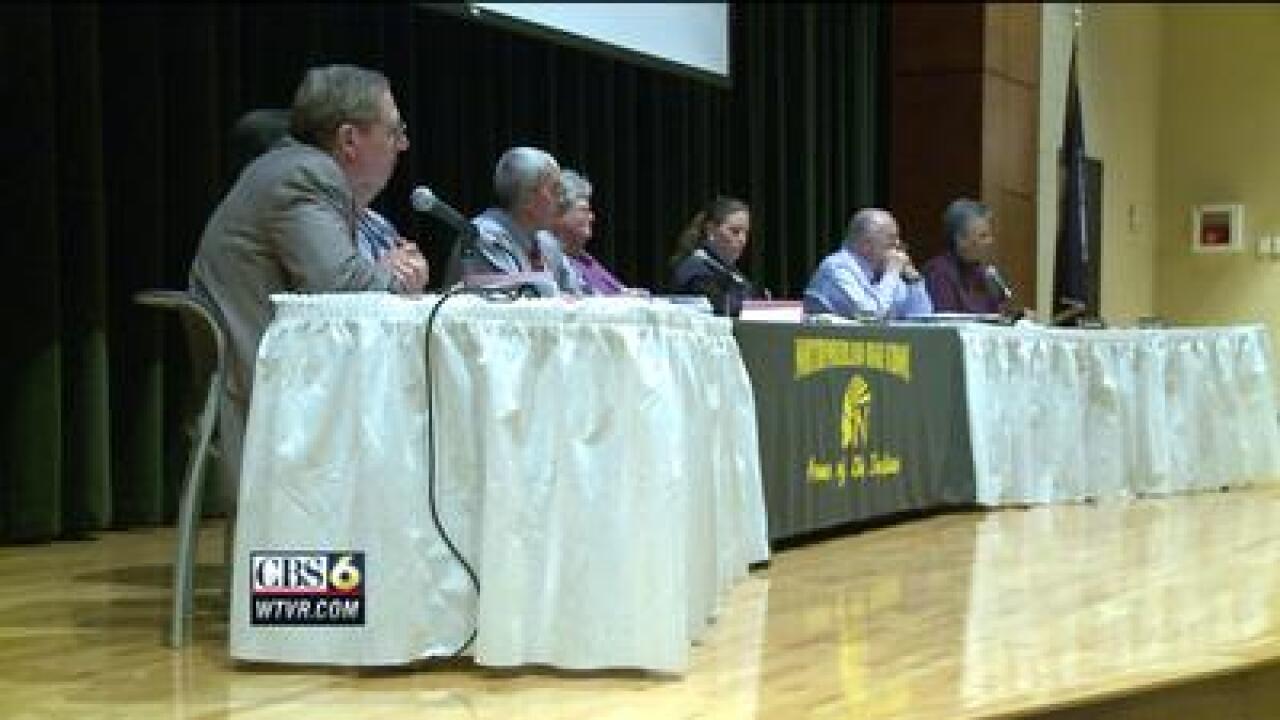 NORTHUMBERLAND COUNTY, Va. (WTVR) – An angry group of Northumberland County parents took control of a school board meeting, which was supposed to be about the superintendent’s budget. They’re demanding answers about alleged sexual activity between Derrick Jones, a school resource officer and a high school student.

“Are these rumors true?” asked one parent.  Jones is charged with one count of indecent liberties with a minor.  He was suspended early last week, but, parents weren’t notified until Monday according to the date stamped on a letter.

This is a familiar story for Northumberland parents. Earlier this school year, Christopher Richardson, an elementary school teacher was suspended and charged with sodomy and soliciting a minor to take part in pornography.

Northumberland Superintendent, Clint Stables, tells CBS 6, “there’s nothing to hide.” Stables says the school system is working with investigators to figure out exactly what happened and determine how many students may have been involved.

Parents were also outraged by another incident.  According to Stables, two staff members were caught in a supply closet together with the door closed. Stables told CBS 6 that there’s no evidence to suggest that sexual activity was taking place.

Click on the video above to get Lorenzo Hall’s full report.