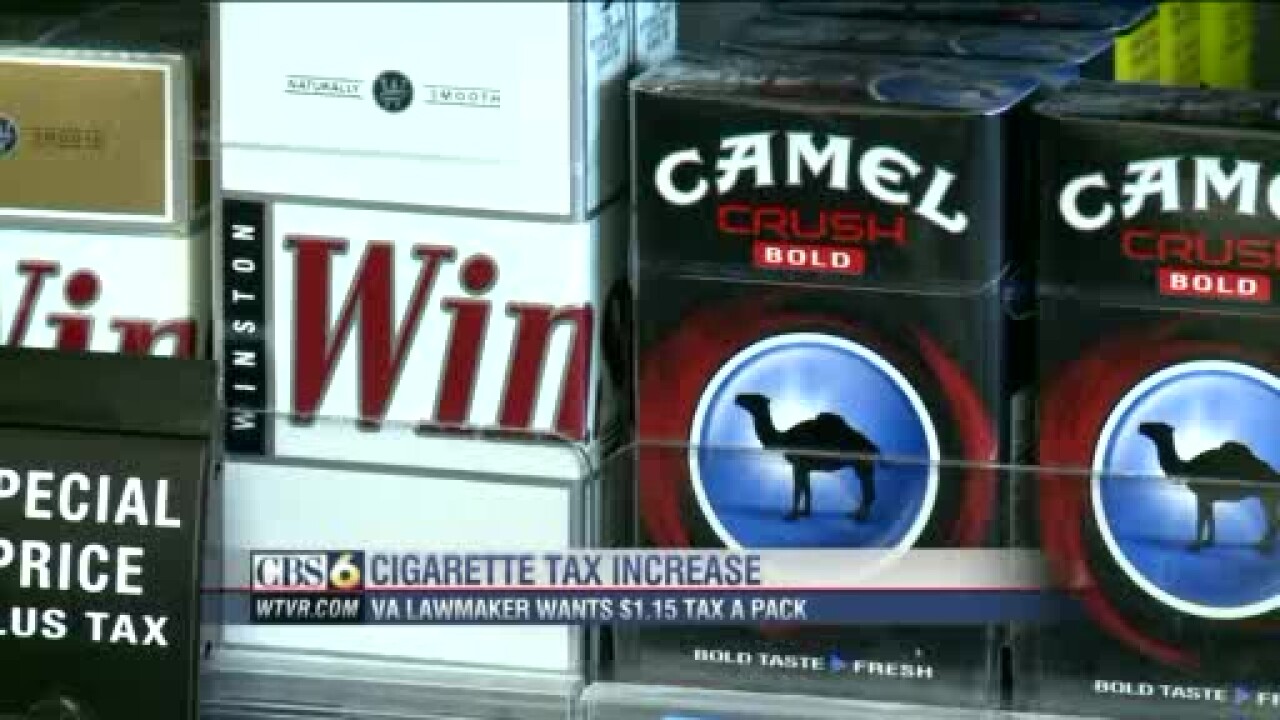 RICHMOND, Va. (WTVR) - The 30-cent cigarette tax Virginia smokers pay per pack of cigarettes ranks among the lowest in the nation. A bill submitted to the 2012 General Assembly would more than quadruple that tax to $1.45 per pack. [CLICK HERE: See the how the states rank]

"If you have a car that's valued around $15,000, your car tax would be cut in half, by about $100," explained Del. Hope. "Families really need to relief, we want to eliminate the car tax, this puts us in that direction." [CLICK HERE: Talk about the cigarette tax bill on Facebook]

While his previous attempts to increase the cigarette tax have failed, Hope said this effort is different because he would use the money to lower the tax on Virginia car owners and not put most of the the money towards smoking cessation or Medicaid funding.

Despite the change, Hope admitted he was not getting much support from Virginia Republicans.

"I hope people think twice about what we're trying to do here," Hope said. "We're not spending it on other ideas that people don't support. We're really just trying to re-structure our tax code and make it fair and try to eliminate a car tax everyone agrees Virginians should not have to pay.

Under his plan, Hope said 95% of the cigarette tax would go towards car tax relief. Five-percent would fund programs to help Virginians quit smoking.

"Virginia spends about $400 million  a year just in Medicaid revenue for people who smoke and have tobacco-related illnesses," said Del. Hope. "This would at least curb the people smoking. It would probably lead to about 55,000 people quit smoking. 54,000 kids will not become adult smokers. So this is a win-win for our society."